Black Hammer is a popular comic series from Jeff Lemire and Dean Ormston that is published by Dark Horse. If you’re unfamiliar with the series, here’s a quick synopsis:

Once they were heroes, but the age of heroes has long since passed. Banished from existence by a multiversal crisis, the old champions of Spiral City–Abraham Slam, Golden Gail, Colonel Weird, Madame Dragonfly, and Barbalien–now lead simple lives in an idyllic, timeless farming village from which there is no escape! But as they employ all of their super abilities to free themselves from this strange purgatory, a mysterious stranger works to bring them back into action for one last adventure!

Well, a new comic anthology series is in the works for Black Hammer called Black Hammer: Visions. Each of the eight issues will be a one-shot created by a different creative team with the first one coming from Patton Oswalt, who is joined by artists Dean Kotz and Jason Wordie to tell a story about Golden Gail. The issue will be 32 pages long and feature variant covers from Evan Dorkin with Sarah Dyer and Gilbert Hernandez with Dave Stewart.

Kicking off Black Hammer: Visions, Patton Oswalt joins artists Dean Kotz and Jason Wordie to explore the life of youthful superheroine Golden Gail on the Black Hammer Farm before the beginning of Black Hammer#1, and her struggle to maintain sanity as a middle-aged woman trapped in the unchanging body of a superpowered grade-schooler.

Lemire shared his excitement for the anthology series in an official statement:

As much as I love writing in the world of Black Hammer, it’s nothing compared to the thrill of seeing creators I admire bringing their voices to these characters that Dean and I created.

When you’re as long in the tooth as myself there are very few things that excite, but seeing this incredible creative lineup working on Black Hammer makes me feel like a giddy teenager all over again.

Visions #1 will be available on February 10, 2021, and can already be pre-ordered through your local comic shops. 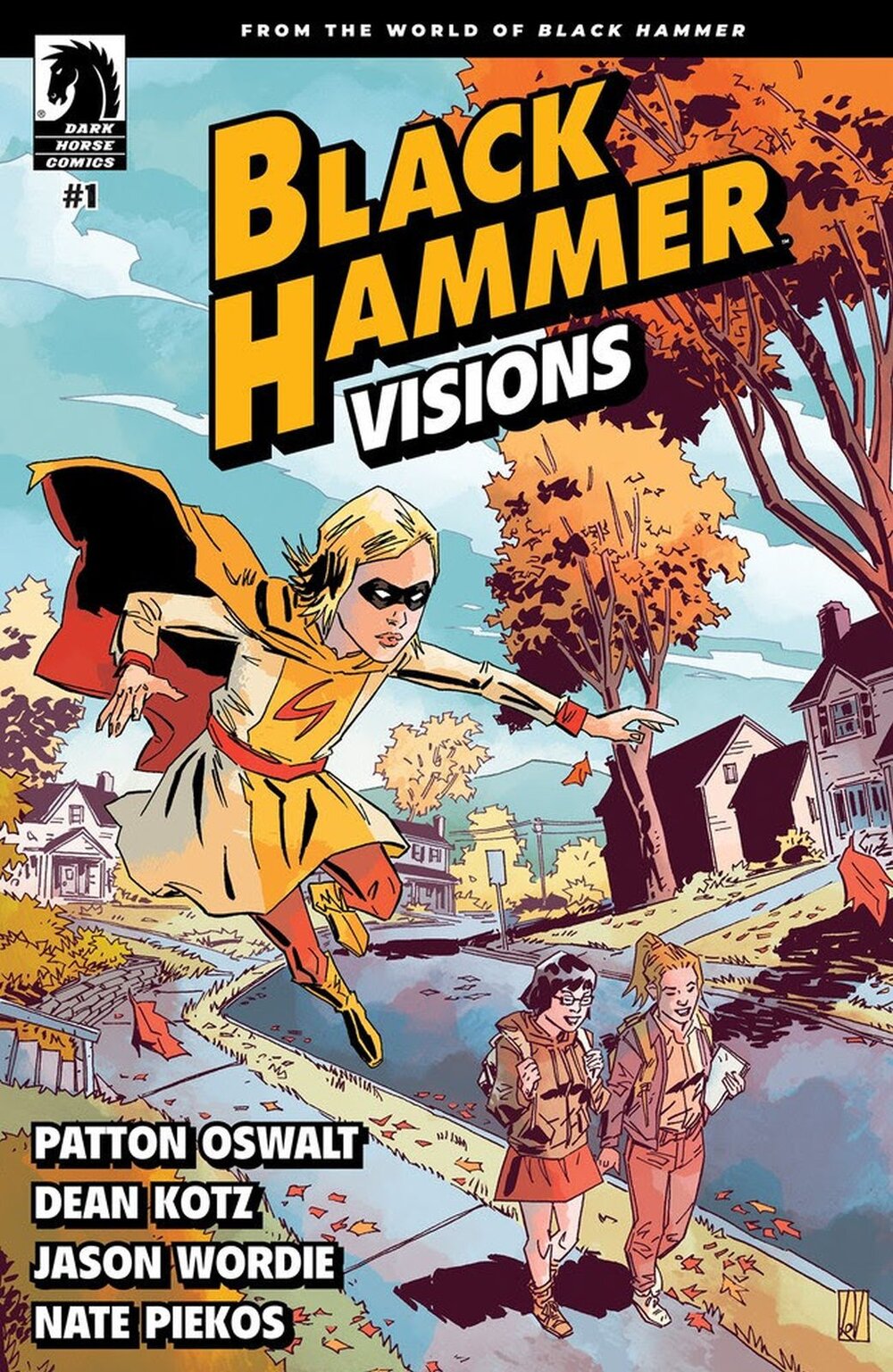 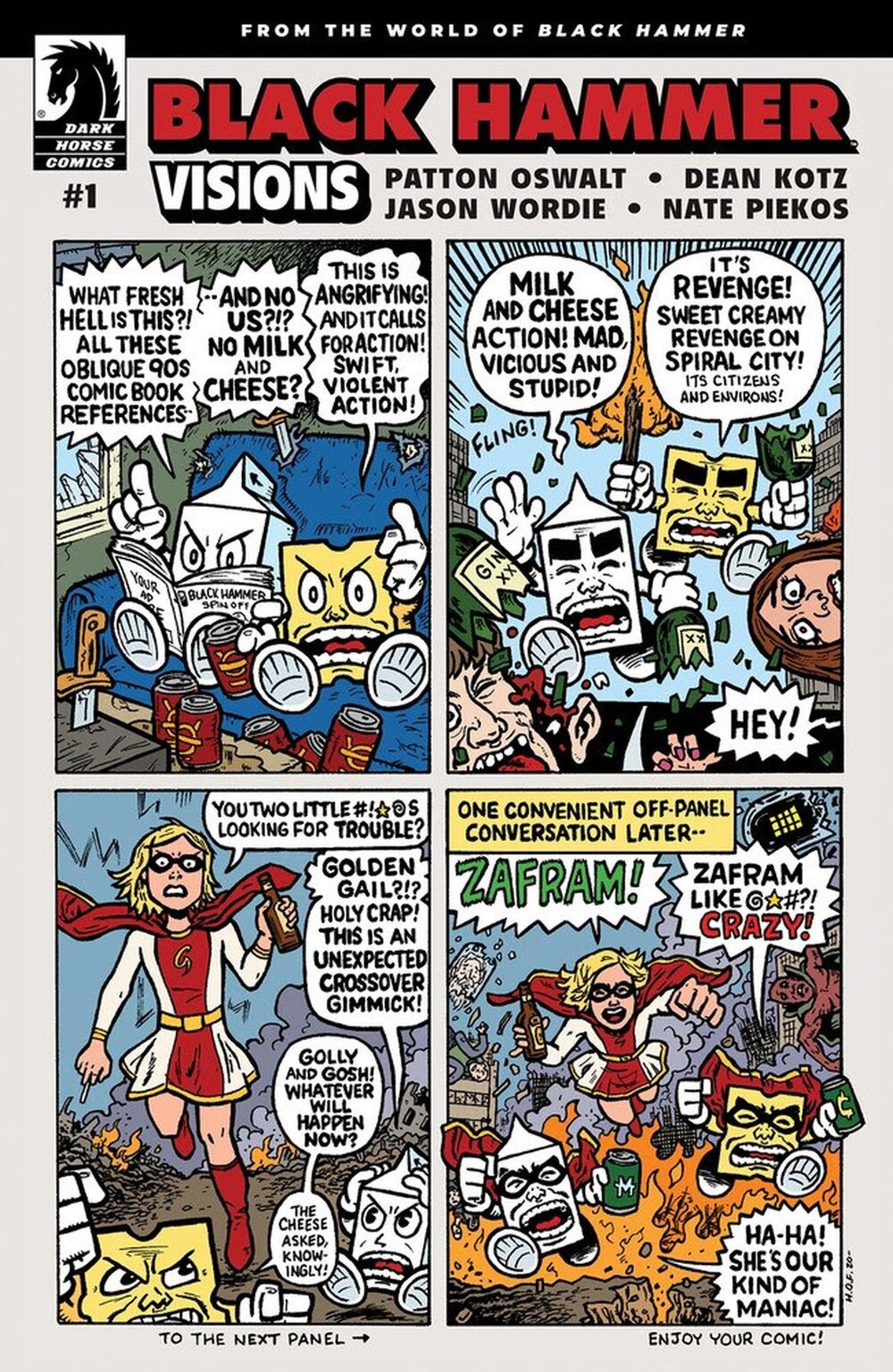 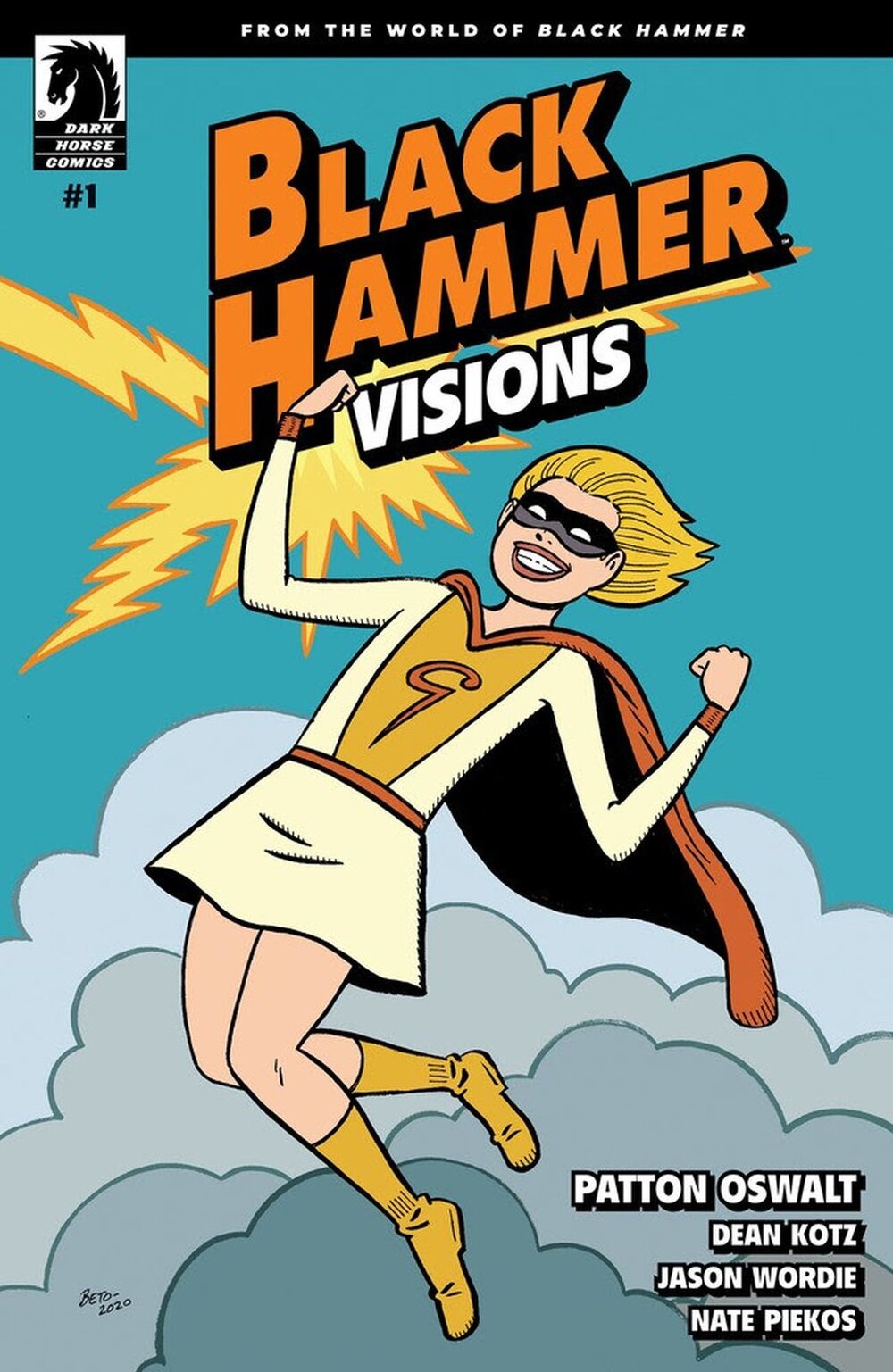 Wed Nov 18 , 2020
It’s been 15 years since Taylor Lautner and Taylor Dooley appeared in director Robert Rodriguez’s The Adventures of Sharkboy and Lavagirl, and after all these years, the characters are back in action in the upcoming film We Can Be Heroes. Dooley is back in the role of Lavagirl, but Lautner […]