A new lightsaber design has been revealed from Lucasfilm’s Star Wars: The High Republic story series. The stories told in this series are 200 years prior to Star Wars: The Phantom Menace, during the very peak of the Jedi Order.

When talking about the elegant design of the lightsaber, Michael Siglain, Lucasfilm Publishing’s creative director, explained that it was inspired by one of the most legendary swords in storytelling, Excalibur:

“We wanted to make the Jedi distinctive and instantly recognizable as Jedi Knights of the High Republic, and that applies not only to their clothing but to their lightsabers, as well. Internally, we often refer to the Jedi of this era as ‘the Jedi Knights of the Round Table.’ Taking that idea one step further, their sabers can be viewed as their own versions of Excalibur.”

This is the lightsaber that is wielded by the character Stellan Gios, who is a Jedi Master during the High Republic era. The character is described as follows:

Stellan is an optimistic and well-respected Jedi Master. Stellan came up through the Order with Avar Kriss, and although they are often on different assignments for the Jedi or the Republic, when the two work together they are a powerhouse team of two noble heroes in action. Strong in the Force and a natural teacher, Stellan is currently stationed at one of the Jedi Temple outposts on the distant planet of Caragon-Viner.

“When designing Stellan’s lightsaber, I looked at the iconic lightsabers that have already been established. He needed an iconic weapon that could stand beside the other famous lightsabers, but at the same time be unique to him and evoke the time period of the High Republic.”

Thomas went on to explain where Excalibur came into play in the design, saying:

“With the High Republic, we wanted to implement a more traditional crossguard, but I still wanted to include the saber-blade into the crossguard design, so that Stellan would be able to defend himself against saber attacks. That’s where Excalibur came into play. What would a lightsaber version of Excalibur look like? I started sketching and came up with a silhouette I really liked, but the practicality of holstering/sheathing it nagged at me until I had the idea that the crossguard didn’t have to be stationary. Perhaps it could activate or deactivate with the saber. So after some more sketches and some back and forth with Lucasfilm, it was decided that the crossguard would activate as opposed to always being open, which would give the saber the slimmer silhouette while holstered and would lend itself to some great visuals when activating.”

I’m a fan of the design that the creative team came up with for this lightsaber. What do you think of the lightsaber design? 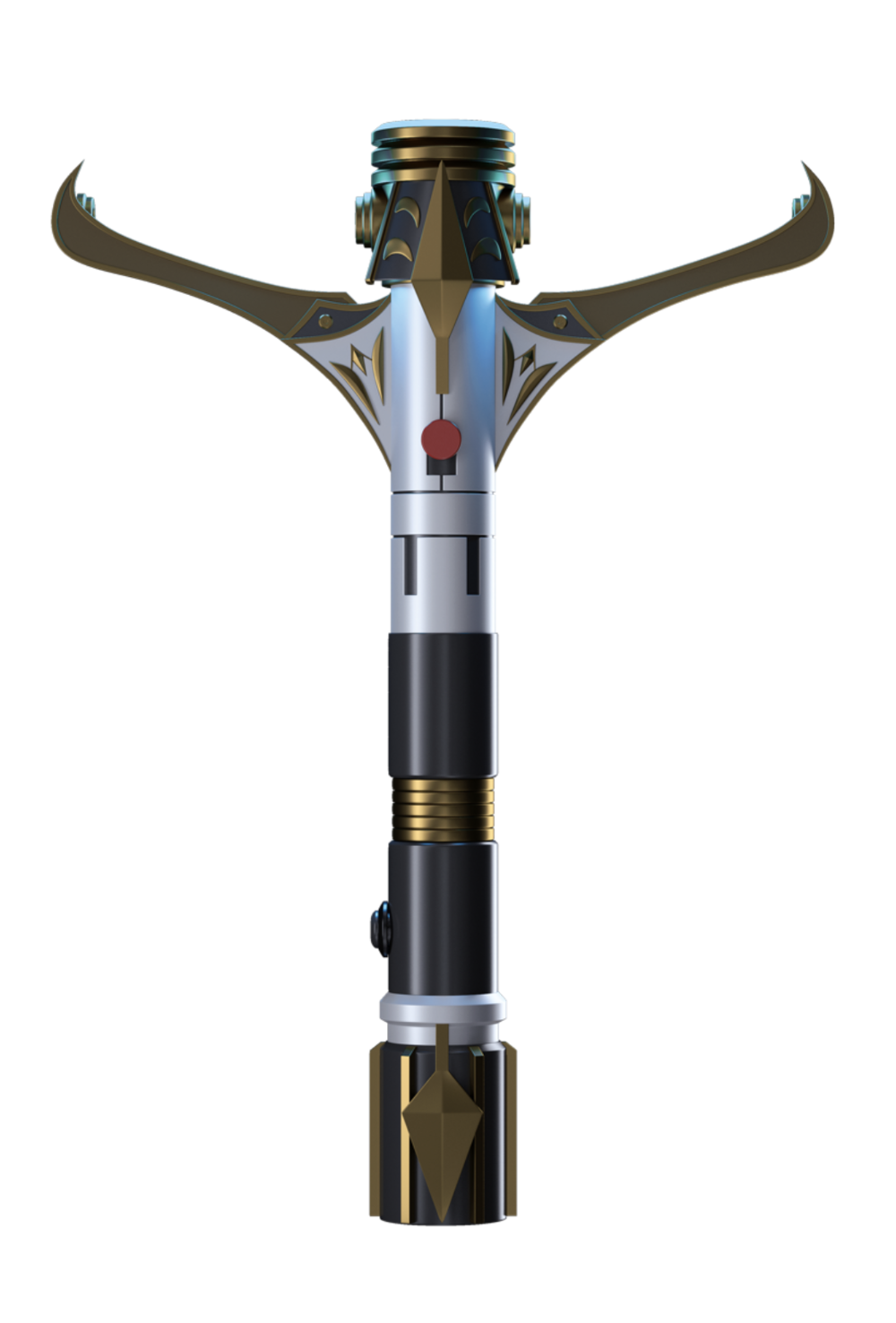 This lightsaber is part of Insight Editions’ The Lightsaber Collection book, which is a comprehensive visual guide exploring the iconic and legendary lightsabers found within the Star Wars galaxy, featuring fan-favorite hilts from the Skywalker saga, Star Wars: The Clone Wars, Star Wars Rebels, comics, novels, and video games.

The book is coming on October 20th and available for pre-order now.

Resident Evil Village Could Come To PS4 And Xbox One, Capcom "Looking Into It"

Sun Sep 27 , 2020
Click to watch embedded media Capcom has revealed that they are “looking into” bringing Resident Evil Village to the Xbox One and PlayStation 4 platforms, though that is not the current priority at this time.  The latest tease from the company came by way of the Tokyo Game Show showcase, […]