Back in 2004, the creators of Bill & Ted, Chris Matheson and Ed Solomon, revealed that they were working on developing a crazy stop-motion animated comedy titled Automatons. It looks like after all these years, all the work that they put into might actually pay off. There’s a chance that it could land at Adult Swim.

The comedy series follows a pair of neurotic robots who were built for the purpose of killing Hitler, only to be buried at the bottom of the ocean and emerge 70 years too late. During a recent interview with ComingSoon, Solomon shared more crazy details regarding the story:

“We recorded a set of vocals, Here’s what happened. When we set out initially to write ‘Bill & Ted’ we were gonna write it as one sketch in a sketch movie, like a ‘Kentucky Fried Movie’ film. And ‘Bill & Ted’ was one sketch. Another sketch was Otto and Rob, the ‘Automatons,’ these two insecure robots created during World War II to stop Hitler, whose submarine sank and they’ve been wandering around the bottom of the ocean for 70 years and they emerge in Minneapolis St. Paul, still trying to find Hitler. But somehow, the pressure of being underwater has created a little bit of a human characteristic, so they are unfortunately totally insecure and neurotic. So they’re these neurotic insecure robots who are indestructible, who believe they’re humans and accuse humans of being robots.”

“In the premise, Hitler and Tojo and Mussolini happen to be in Minneapolis because they’ve frozen themselves cryogenically and are trying to redeem themselves by putting on a production of ‘You’re a Good Man, Charlie Brown,’ but they don’t get the rights, so they have to write their own version called ‘You’re a Very Good Boy, Charlie Blue.’” They try to perform it, and Otto and Rob basically are trying to stop them. It’s the world’s most absurd movie.”

I need to see this! This is one of the most absurd plots for a story ever, and I love it! Solomon also revealed that he and Matheson already recorded the vocals for the series 15 years ago with an all-star cast. This is something that they funded with their own money and he goes on to talk about that cast:

“We made four two-minute episodes and we were so certain that we could get this thing set up that we financed ourselves a recording of the entire movie with Jack Black, John C. Reilly, Sylvester Stallone, John Cleese, Fred Armisen, Holly Hunter, Billy Bob Thornton, Gary Shandling, William H. Macy, Rachel Dratch and Catherine O’Hara. We had Deidrich Bader, we had Dennis Haysbert, we had Chris Parnell. I mean, it was this unbelievable group. And we recorded the whole damn thing, and still, every studio was like, ‘Are you out of your mind? This is the weirdest thing, and you have Hitler putting on a musical. This is not going to ever work.’ But you know, my fantasy is that one day maybe I can do it again. I won’t be able to use those voices because that was a long time ago, and even though we own them, it wouldn’t really be ethically correct to just repurpose their voices 15 years later. But you know, maybe we can do it in bytes again somewhere. It might be really fun.”

The question is, will it ever happen? In regards to that, set designer for the project, Kyle Arneson, said:

“I tweeted about ‘Automatons’ and someone named Matt from Adult Swim reached out to me about maybe doing it. I want to reach out to Matt again about that because that was a really fun, unsung little gem that never went anywhere, one of the weirdest, funniest, strangest things I’ve ever been involved with. We made four shorts with Screen Novelties. Screen Novelties did three and a group out of Portland did a fourth one. But that was so weird and fun and funny and absurd and ridiculous. If you thought ‘Face the Music’ was passed on by the community, ‘Automatons’ was rejected so fast by everybody that I don’t know if it’ll ever see the light of day. But that’s something I would love to pursue at some point, actually. It’s the most absurd, ridiculous story I think we ever wrote.”

This is the perfect project for Adult Swim! Adult Swim already has some crazy weird stuff, so a show like this would fit right in with their style and humor. Hopefully, this all works out and one day we see this project brought to life. 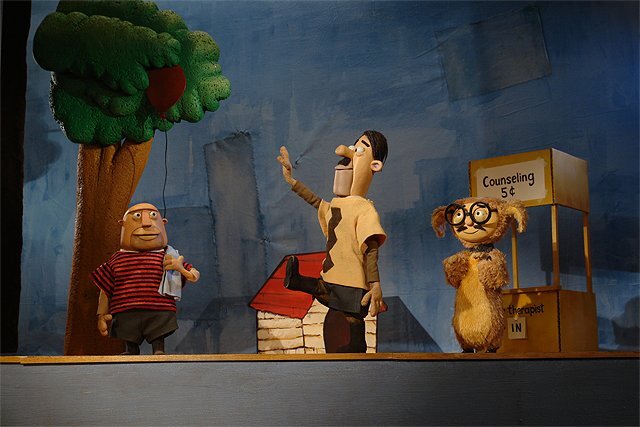 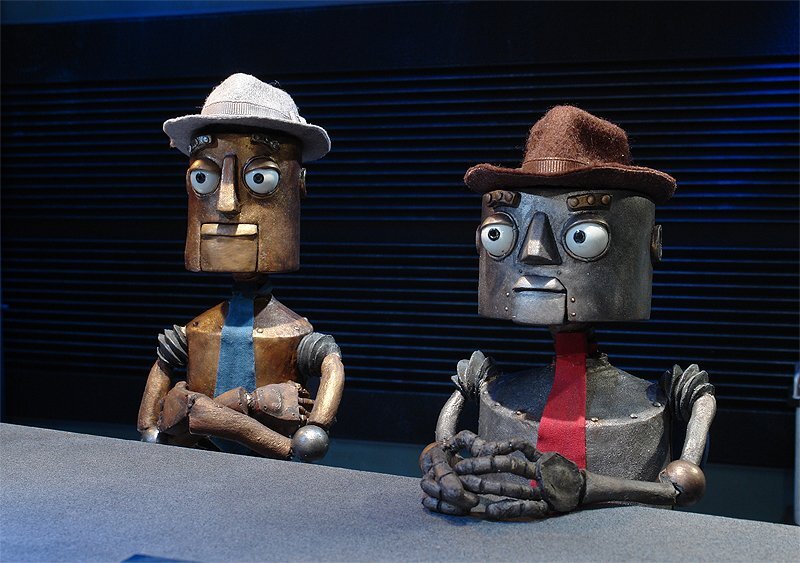 Dominate Every Battle With This Marvel's Avengers Walkthrough