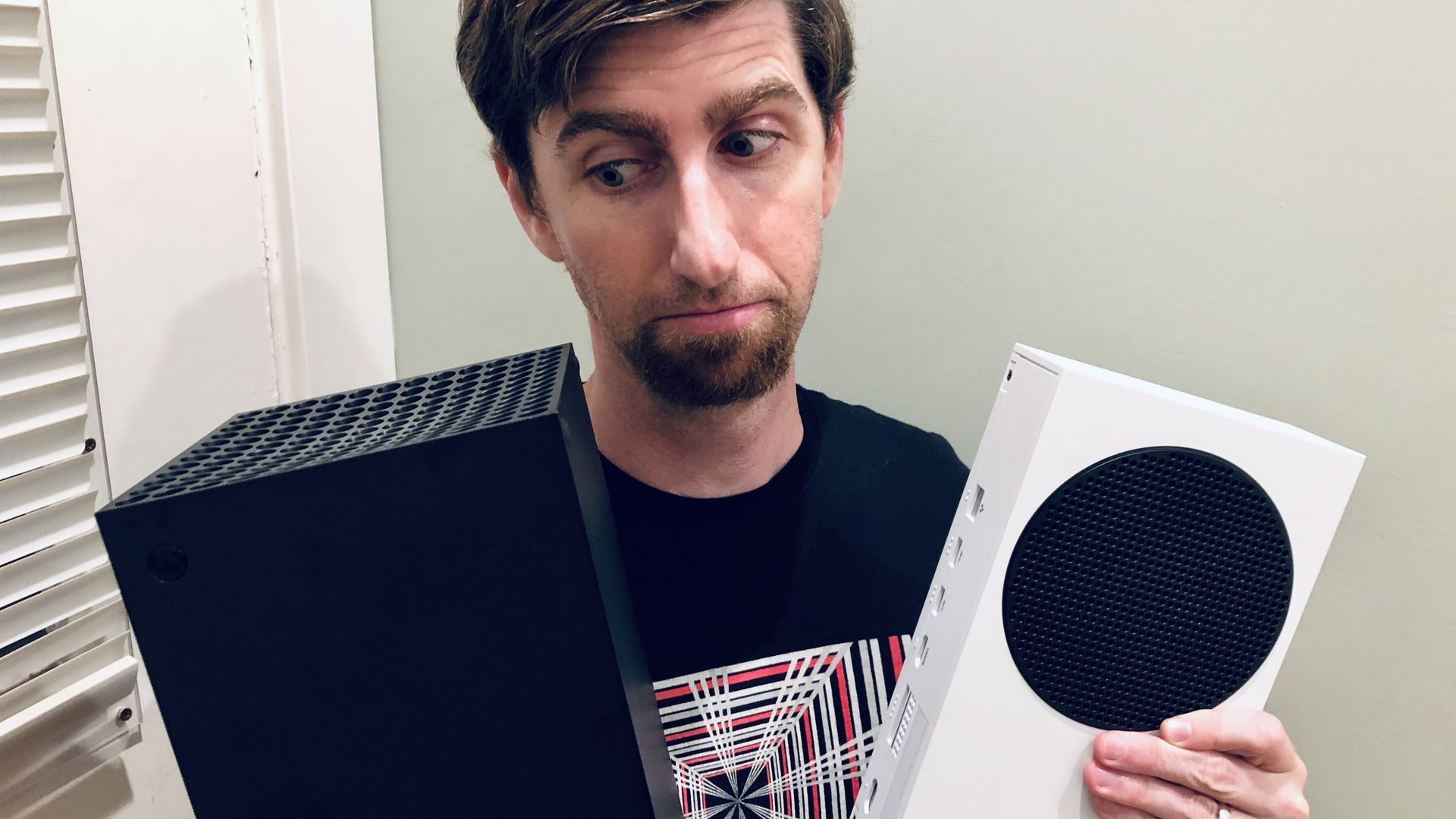 What do you do when Microsoft loans you two for-display-only next-gen consoles? Photograph the heck out of them, of course! While the Xbox Series X and Xbox Series S units we received don’t have any silicon inside them, the display units do nevertheless give us a great chance to see the Series X and Series S next to other game systems and finally see how they compare in size and shape to other consoles.

As you can see in the photo gallery below, Microsoft has packed a lot into two relatively small packages. And there are some neat touches you’ll see in the photos as well, such as the tiny “Hello from Seattle” message on the bottom of the Series X’s round base stand, as well as the unique nubs for each port on both consoles that will allow you to better find the correct port you’re trying to plug the cable into when you’re reaching behind the console in your entertainment center in the dark.

We also finally got a confirmed price and release date for both of the new Xbox systems, along with details on the Series S and news that Xbox Game Pass Ultimate will now include an EA Play (formerly known as EA Access) membership as well. Preorders for both the Xbox Series X and Series S begin on September 22.

Captain Marvel’s Brie Larson Auditioned For Two Other Marvel Movies, But Which Roles?