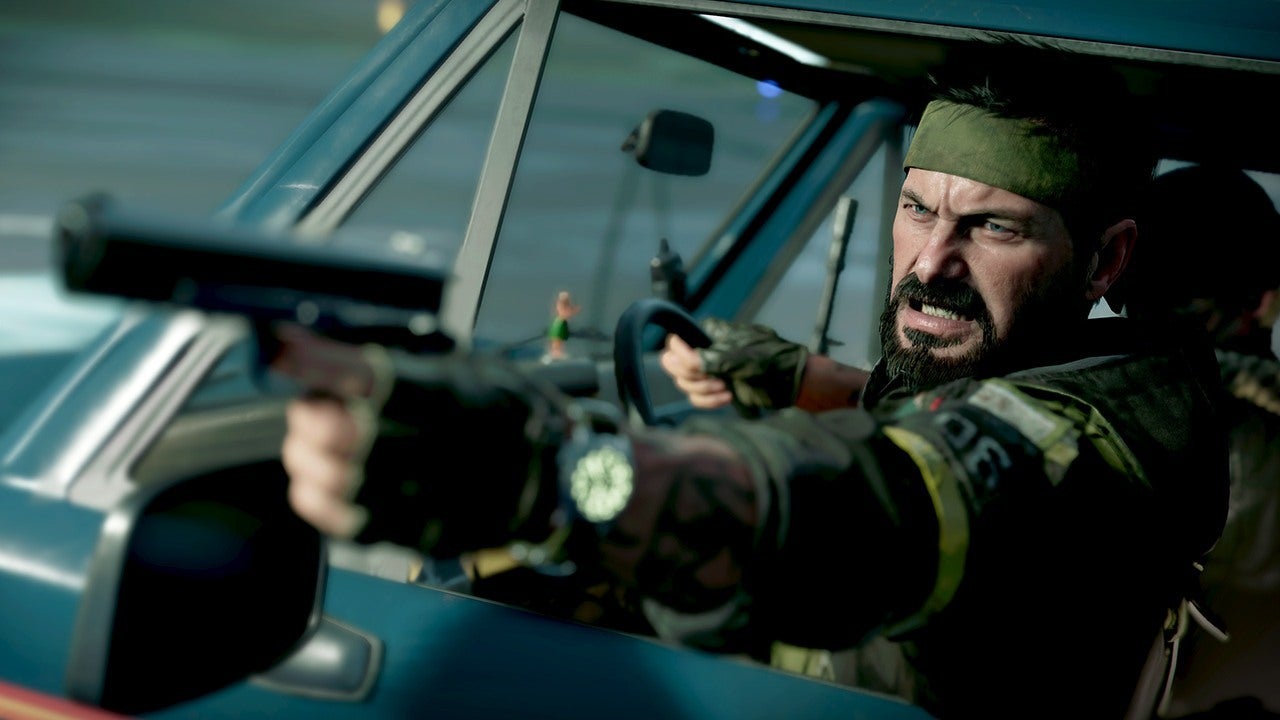 Call of Duty Black Ops Cold War is a direct sequel to my favorite Call of Duty campaign ever: 2010’s Black Ops 1 (that JFK twist, you guys!). It’s set in 1981 at the height of the Cold War, Mason returns as a non-playable character, and it’s out on November 13 – just in time for the expected release dates of the PS5 and Xbox Series X. As if that wasn’t enough to get me excited, this new campaign is being developed by the criminally underutilized Raven Software.

Raven, you see, hasn’t made an original game since 2010’s underrated (and woefully under-marketed) Singularity, instead being relegated to Call of Duty support studio status by its Activision overlords for the past decade. The studio is incredibly talented, with an almost-30-year track record that includes absolute gems such as Star Wars: Jedi Knight II – Jedi Outcast, Heretic, Hexen, and Soldier of Fortune. And so, in short, I am pumped up for this campaign (Treyarch will be handling multiplayer development, with more details to come later), and I got to see a few snippets of it running on PlayStation 5.

While Mason, Woods, and Hudson return, you won’t play as any of them (also, actor Sam Worthington won’t be voicing Mason this time around). Instead you’ll step into the covert-ops boots of…well, whoever you want to be. The player character won’t speak in the game, in part so players can create their own character, complete with a customized partial backstory in the form of a psychological profile. Male, female, and “classified” (read: gender neutral) options – the latter including a they/them pronoun in your bio – are available to choose, along with character traits like loyal, unstable, and others.

This mantra of player choice extends to the gameplay. You’ll have dialogue options that reflect your personality traits and can affect the outcomes of missions. Optional objectives and multiple paths open up based on how you choose to play your character, with side missions becoming available through evidence you discover in the main missions. BOCW will even have multiple endings. “We allow players to shape the ending of the game,” Raven creative director Dan Vondrak said, while also noting that multiple save slots will be a first for the series; the development team wants players to see all of the various choices and endings fairly easily without having to do several playthroughs of the entire campaign.

Perhaps the best example of this is BOCW’s “KGB Headquarters” mission. The franchise has been here before – Call of Duty: WWII’s “Liberation” mission had you going undercover with the French Resistance in a German stronghold – but “KGB Headquarters” looks to amp up the player freedom by allowing you to do more covert operations as a double agent. You can steal, poison, bribe, or blackmail – whatever it takes to fulfill your goal. Naturally, all hell breaks loose eventually and the shooting will start, at which point you blast your way out of the headquarters, jump in the backseat of a getaway car, and speed away while exchanging bullets at 50mph.

To this end, Call of Duty is, in my opinion, at its best when it keeps the variety coming. The gold-standard CoD campaigns, such as Infinity Ward’s original two Modern Warfares, Treyarch’s first Black Ops, and last year’s Modern Warfare reboot, are textbook examples of this. Based on what I’ve seen and been told of Black Ops Cold War thus far, it seems as though Raven understands this as well. Senior lead artist Ryan Butts said that players will spend as much time in “loud” moments as they will in covert ops.

Meanwhile, other missions I got a brief look at include a hallucinogenic trip back to Laos during the Vietnam War in 1968 and a stealth infiltration into a Ukraine base in 1981. Ukraine takes place, at first, in the forest before you come upon an enormous trapezoid-shaped base. As you go inside and investigate the mysterious Soviet structure, you employ a mix of stealth and high-action gameplay. Case in point: the arcade you emerge into once inside. Woods grabs someone and they turn out to be a mannequin. There are mannequins all over the place amidst the game cabinets and pinball machines. Turns out this is a training course, so you turn it into, in Woods’s words, a “live-fire exercise” while Pat Benatar’s “Hit Me With Your Best Shot” ironically plays on the jukebox.

The big new character Raven put forth in its initial unveiling of BOCW is Russell Adler, a facially scarred, Deep Throat-like badass who has eyes and ears everywhere as part of his unrivaled covert ops skills. He looks a heck of a lot like Kurt Russell to me (though he’s played by actor Bruce Thomas, who’s done a lot of voiceover work on DC animated films), and he’s got the ear of President Ronald Reagan, who assigns you and your team at least one mission based on a cutscene I saw. He’s “not afraid to cross a line or two,” Vondrak said. Adler, Woods, Hudson, Mason, and you are tasked with stopping “Perseus,” a Russian intelligence operative who has stirred up huge trouble for the United States for decades. Batman Begins and The Dark Knight screenwriter David S. Goyer is assisting Raven on the story, as he did for Black Ops 1. (By the way in case you’re wondering about how BOCW fits in with Black Ops 2-4, Raven didn’t give details but did say that they still canonicaly fit together.)

Black Ops Cold War already stands to be a hell of an improvement over the last Call of Duty to kick off a console generation, 2013’s thoroughly forgettable Call of Duty Ghosts. With Raven checking back in off the Activision bench and Treyarch doing their usual multiplayer magic, this year’s Call of Duty is one I’m really looking forward to.

Wed Aug 26 , 2020
The Project Power recalls wanting to be known as a “serious” actor since he started working in Hollywood as a kid. Source link