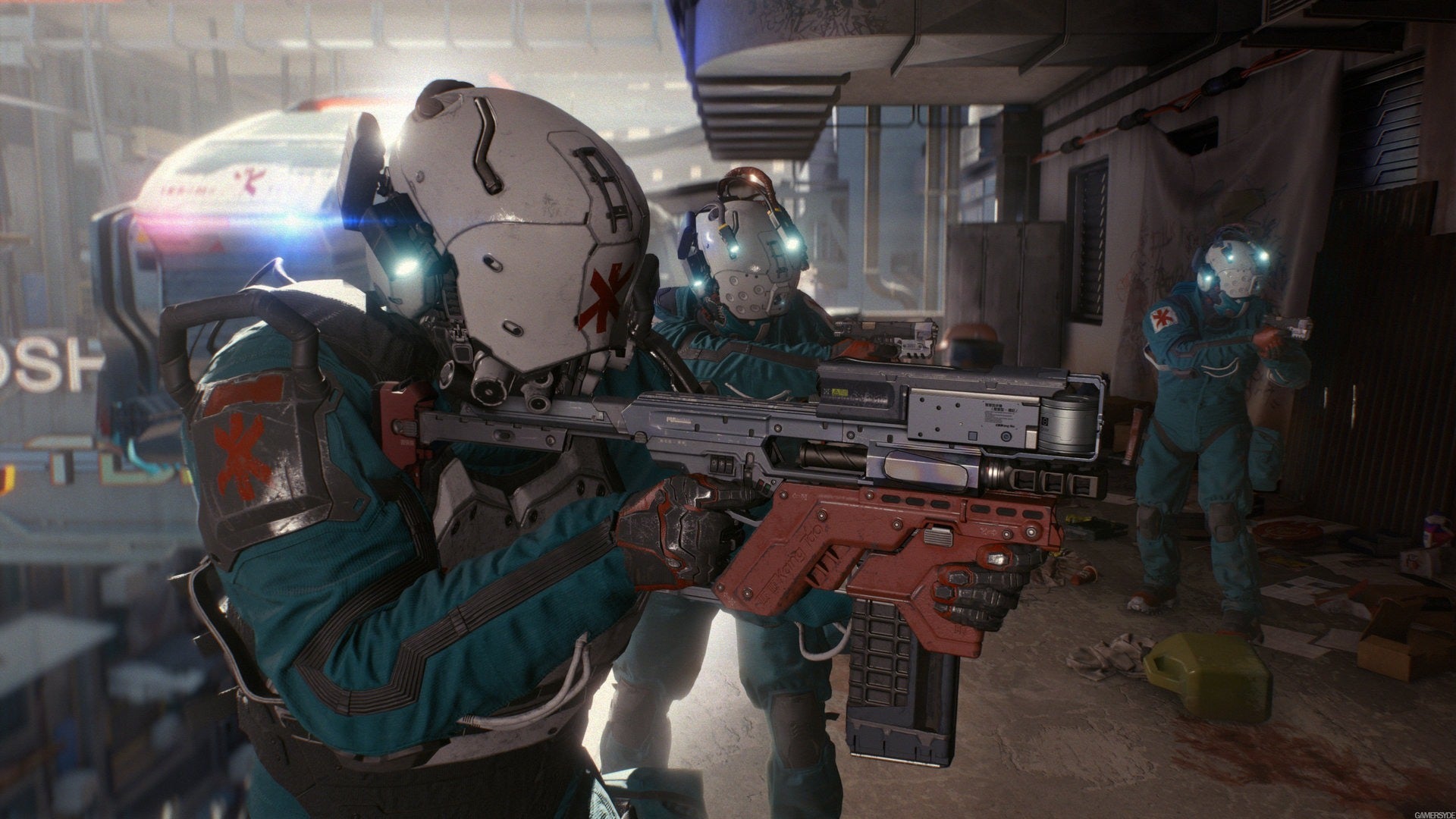 Dark Horse is expanding on the world of Cyberpunk 2077 through the upcoming Trauma Team comic book series, and IGN can exclusively debut a limited edition bundle of the first issue.

This bundle includes a copy of Cyberpunk 2077: Trauma Team #1 with an exclusive variant cover drawn by artist Robert Sammelin, as well as an 11×14 lithograph print of that cover art. You can get a closer look at both pieces in the slideshow gallery below:

First announced in June 2020, Trauma Team is a tie-in to the game that focuses on a Night City resident named Nadia, the lone survivor of a botched rescue mission. Here’s Dark Horse’s official description for the series:

Cyberpunk 2077: Trauma Team spins the story of Nadia, a citizen of Night City and the sole survivor of a gone-wrong Trauma Team International rescue mission. When she agrees to continue working for the corporation and takes on an upcoming extraction mission, Nadia and her new team soon find themselves in an even more dangerous and life-threatening situation and discover Trauma Team is not what it seems.

Trauma Team is written by Cullen Bunn (X-Men Blue) and drawn by Miguel Valderrama (Giants). Both the standard version of issue #1 and the limited edition bundle will be released on September 9. The bundle is limited to 300 copies and will be sold exclusively through Dark Horse Direct.

Trauma Team was originally intended to launch a week ahead of the game, but unfortunately, Cyberpunk 2077 has now been delayed until November 19. In a letter from CD Projekt Red co-founder Marcin Iwiński and head of studio Adam Badowski, they explained “ready when it’s done” is “not just a phrase we say because it sounds right, it’s something we live by even when we know we’ll take the heat for it.”

This delay will most likely put Cyberpunk 2077 near the launch of both Xbox Series X and PlayStation 5 (the former of which may be launching on November 6). Even though CD Projekt Red has confirmed Cyberpunk 2077 will be coming to next-gen consoles and owners of the Xbox One version will be upgraded to Xbox Series X for free, it has not committed to when these new versions will be available.

For more on Cyberpunk 2077, be sure to check out the Easter Egg that appears on the Cyberpunk 2077 Xbox One controller and 40 awesome details from the deep dive of the 15-minute edited gameplay demo from last year.

Jesse is a mild-mannered staff writer for IGN. Allow him to lend a machete to your intellectual thicket by following @jschedeen on Twitter.