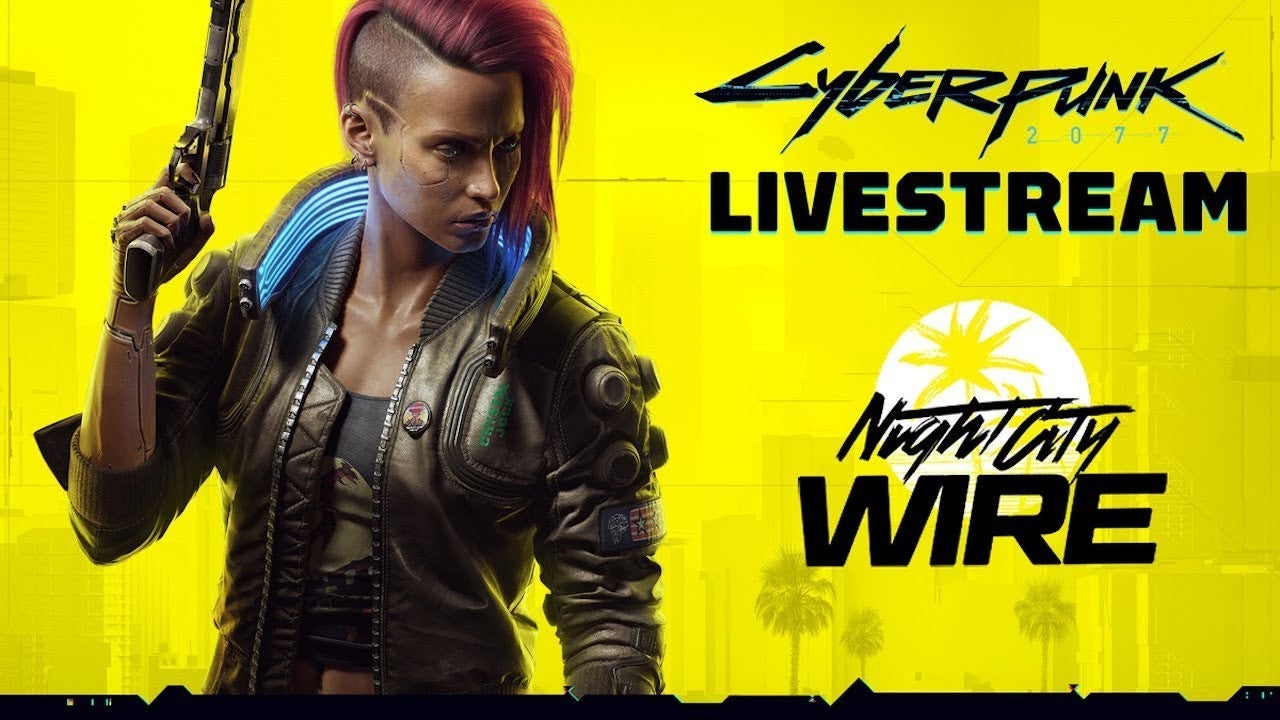 CD Projekt Red has announced episode 2 of Night City Wire, a digital show where the developers reveal details about their upcoming RPG Cyberpunk 2077. According to a tweet from the official CD Projekt Red account, this second installment to the series will focus on weapon types, lifepaths, and the transformation of punk rock band Refused into “chrome-rock” group, Samurai. If you’re interested in hearing the latest on Cyberpunk 2077, check out our handy watch guide below.

Night City Wire episode 2 takes place on Monday, August 10, and will start at 9 am PT, 12 pm ET, and 5 pm BST. If you’re watching from Australia, tune in on August 11 at 2 am AEST. There was no mention from CDPR of how long this episode is expected to be, but the first one lasted about 25 minutes so it’s possible this one will be about the same length of time.

What Kind of Cyberpunk 2077 Updates to Expect

As we mentioned earlier, there are three topics CD Projekt Red plans to touch on during Night City Wire episode 2: Weapon types, lifepaths, and how Refused transformed into Cyberpunk 2077’s Samurai.

In previous screenshots and gameplay, we were given looks at the variety of weapons in Cyberpunk 2077. So far, we know there are manufacturers that develop a variety of different weapons that fall into three categories — power, smart, and tech. It’s possible we’ll see the different categories of weapons explored in more detail and maybe a bit about each manufacturer’s weapon style.

As for lifepaths, we explored these a bit in our latest Cyberpunk 2077 previews. These act as an origin story for your character and determine where your journey begins in Cyberpunk 2077. Check out Miranda Sanchez’s experience as the Nomad and Ryan McCaffrey’s experience as the “corpo-rat” if you want to know a little more about what those lifepaths are like ahead of the stream.

As for the details around Cyberpunk 2077’s music, CD Projekt Red recently announced punk rock band Refused would be the musicians behind Johnny Silverhand’s group Samurai in the game. We’re sorry to report that Keanu Reeves won’t be doing the singing for his character but it will be interesting to see what role his band plays in Cyberpunk 2077’s dystopian world.

Let us know what you’re most excited to hear about in the comments.

Mon Aug 10 , 2020
Last year it was rumored that Marvel Studios was planning to introduce the character Miss America, a.k.a. America Chavez, to the MCU at some point in the future. Well, a new report from The Direct is saying that they can confirm Marvel is now in the process of casting the […]