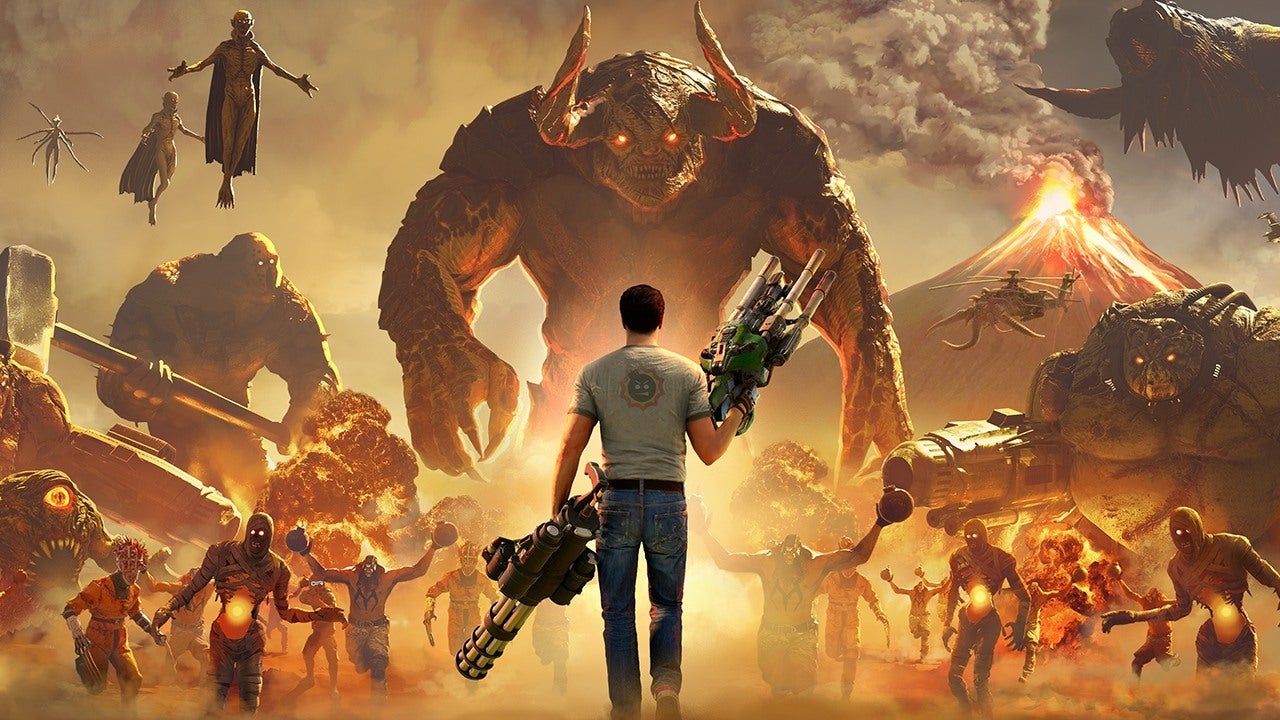 Devolver Digital announced today that, having worked together for over a decade, the decision has been made to bring the two companies together, with Devolver joking in its announcement blog post that they had decided to get married.

“Croteam and Devolver Digital have been dating for so long that we decided to go ahead and just get married,” the blog post reads. Despite the acquisition, Devolver says Croteam will maintain “total creative freedom,” although Devolver still plans to keep making “dumb recommendations that Croteam just ignores.”

The announcement came with a summary of the relationship between Devolver and Croteam. Croteam began nearly 30 years ago as a group of childhood friends in a small garage in Zagreb, Croatia. The studio “was built around creative experimentation, pushing technical boundaries, and a trust in one another that would span decades.” Croteam started with soccer games before putting together a demo that eventually became the first Serious Sam.

The team struggled to find a publisher for the demo, and subsequent game, but one publisher bit: Gathering of Developers.

“That support blossomed into friendship and respect which would eventually reconnect Croteam with some of the Gathering of Developers team when they later helped found Devolver Digital,” according to the blog post. “A decade ago, Devolver Digital was just getting started and looking for its first project to partner on in the emerging digital distribution world. Similarly, Croteam was on the search for a partner it could trust to help them bring their beloved franchise back to prominence with the upcoming Serious Sam 3. And like that, the next big Serious Sam game brought old partners back together and forged a decade of friendship and dedication.”

If you haven’t checked out the latest Serious Sam, you can read our thoughts about it in our Serious Sam 4 review. Check out our review of The Talos Principle too and then read about the game’s sequel.

The Craft: 6 Things To Remember About The Original Before The Craft: Legacy