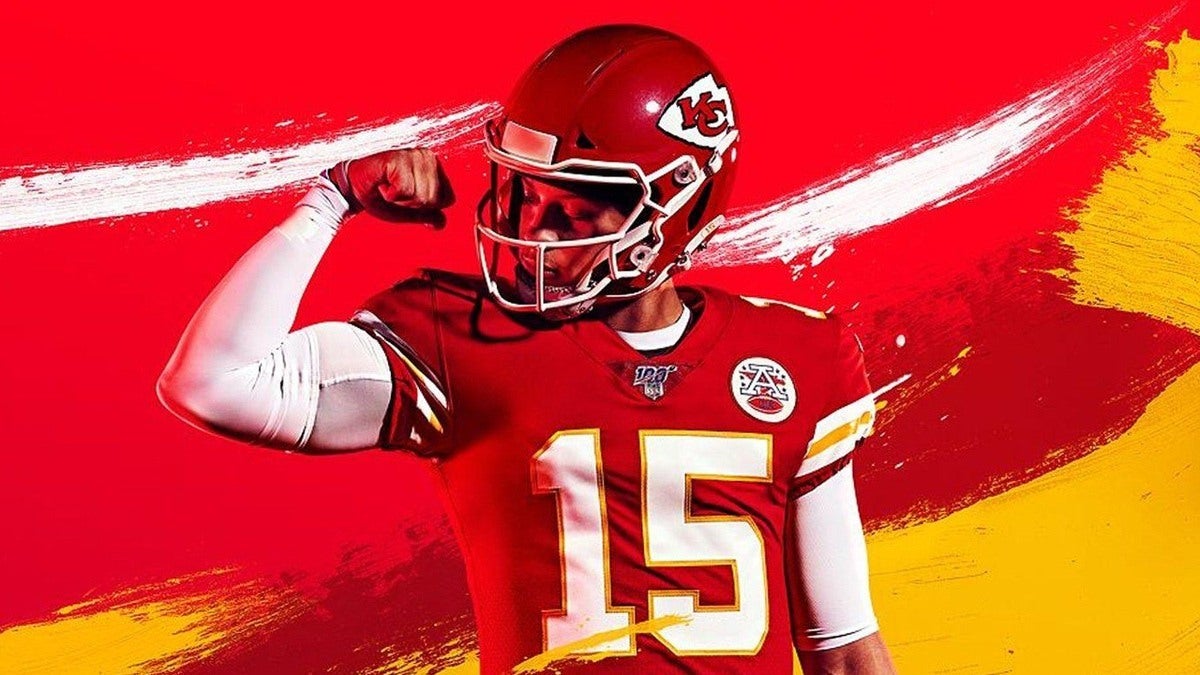 The hype curve for a new Madden game is a vicious self-repeating cycle with no end in sight. Every year the classic franchise mode receives little to no changes at all, every year EA recommits to focus on the mode next year as an olive branch to the hardcore community eager for depth and customization, and every year that core audience is let down again.

It’s a tale as old as time at this point, and it looks like Madden NFL 21 may be unsurprisingly repeating those same mistakes.

End Of An Era

There is no greater example of why competition is the best way to breed innovation than the state of Madden. Since EA first inked its exclusivity deal with the NFL we’ve seen marginal changes with each iteration, the deprecating of fan-favorite features, and the introduction of modes designed to continually charge players after they’ve already purchased their new annual copy.

The last time Madden truly offered anything special in its traditional Franchise mode, in which you take over a team or organization and control it over the course of multiple seasons, was back in Madden NFL 12. Back then you were able to not only create a player, but you could also make an entire team with a custom name and pick from a list of pre-made logos, uniform styles, stadiums, etc. It offered real ownership over things and that just isn’t in the series anymore.

Making your own team and filling it with players named after your friends and family was a unique kind of thrill that’s been missing from the series for literally almost an entire decade now. It’s been a real sore spot ever since and is a big factor in the distaste hardcore fans have been feeling with each passing year. [poilib element=”quoteBox” parameters=”excerpt=Allowing%20fans%20to%20pick%20up%20a%20controller%20and%20literally%20create%20their%20own%20team%20inside%20their%20favorite%20sport%20is%20incredibly%20exciting%2C%20and%20it%E2%80%99s%20been%20baffling%20me%20for%20years%20why%20EA%20ever%20decided%20to%20remove%20it.”]

Sports fans are rabid and passionate, sometimes even more so than gamers. When you develop a love for a sports team, whether it be due to a location connection in your city or deep-rooted familial tradition, it comes with a sense of ownership and pride. Partially, you start to identify yourself alongside the brand you love. It’s natural to feel that way and it’s why sports are such a powerful (and lucrative) business. Allowing fans to pick up a controller and literally create their own team inside their favorite sport is incredibly exciting, and it’s been baffling me for years why EA ever decided to remove it.

On top of the lack of features from years past are the revolving carousel of mistakes and fumbled ideas. For example, there’s the microtransaction-laden Madden Ultimate Team. The infamous mode first debuted in Madden NFL 10 and, on paper, it’s a great idea. It’s really, really cool to think about building your own fantasy squad inside Madden and competing online against others. The gimmick of opening card packs is addictive as well and taps into that same sense of excitement found in Pokemon cards and even gacha mobile games. But over the years it has just grown to embody some of the worst parts of the AAA gaming industry.

When you’re playing other modes that are entirely unrelated, pop ups often interrupt the game flow to advertise a new limited edition card, or ask you to go open a new card pack, or try and persuade you to create an Ultimate Team and play a game online, where it can then try and sell you in-game currency and card packs and so on. The entire game mode is like a living, breathing loot box.

It feels like in order to dedicate a team large enough to build out Madden Ultimate Team to be the behemoth that it is today, the classic Franchise mode experience had to be put on life support, and that’s a damn shame.

In Madden NFL 20, as stated in IGN’s review last year, the biggest improvement to the mode was more aggressive contract negotiations from players. That added some much-needed realism and immersion, but it still fell flat in the face of years of neglect. I’d even go so far as to say that Madden NFL 20 is arguably the best franchise mode the series has seen since Madden NFL 12, but that doesn’t excuse the fact that it’s still very, very bad in comparison.

Longshot and Face of the Franchise

In Madden NFL 18 EA introduced Longshot, a narrative game mode featuring full voice acting, choice-based dialogue options, and a branching storyline that followed Devin Wade (QB, player-controlled) and his best friend Colt Cruise (WR) on their journey from small town high school stars to NFL hopefuls. Madden NFL 19 continued that storyline and allowed you to carry over your save data, and then in Madden NFL 20 they introduced Face of the Franchise instead. The new mode was a combination of Longshot and classic Franchise mode in which you created a character, played through some college games, got drafted, and worked for a spot on a team as a rookie. Eventually, it mostly transitioned into being just like franchise mode if you decided to take control of a QB.

In Madden NFL 21 EA is bringing back Face of the Franchise and expanding it to include high school games, more college games, the NFL Combine, and the draft. There are fully-voiced characters in the new storyline that take on the role of rivals, friends, coaches, and a couple of celebrities.

To be clear: I consider this all very good. Personally, I was a huge fan of Longshot and I thought Face of the Franchise was a really cool way to make a career mode in Madden feel more personal. The new expansions sound great and I am eager to check them out. However, sidestepping the long-standing issues with classic Franchise mode and quite literally just tacking on a lengthy prologue to cover up issues is really not what most fans want to see. A more balanced approach is sorely needed – an approach that focuses more on fixing issues than introducing new features no one asked for is what Madden needs above all else.

The Future for Franchise Mode

I will attribute credit where credit is due. Generally speaking, it does seem that EA is aware that Franchise mode is severely lacking and has been for several years now. However, I don’t think they intended to admit that anytime soon, but growing support online for the #FixMaddenFranchise movement forced their hand. In a recent apology video, Madden Executive Producer Seann Graddy directly referenced the hashtag. What follows, though, is mostly vague promises and verbal commitments to do better. [poilib element=”quoteBox” parameters=”excerpt=Generally%20speaking%2C%20it%20does%20seem%20that%20EA%20is%20aware%20that%20Franchise%20mode%20is%20severely%20lacking%20and%20has%20been%20for%20several%20years%20now.”]

Back in late June EA published a Gridiron Note blog post detailing the changes and expansions coming to Face of The Franchise, with the classic franchise mode relegated to a footnote at the very end that amounted to brief patch notes that could have applied to any Madden in the last three to five years. Things like the promise to update it with the new X-Factor statuses from the main game, expanding Wild Card rounds to match the actual NFL rules, and making rookie contracts more realistic are all things that should have just happened. Fanfare for bare-bones updates seems to be the mantra for franchise mode over the last nine years, and unfortunately, that trend has continued.

Earlier this month EA finally published a blog post dedicated to the classic franchise mode, but it, unfortunately, is light on tangible changes once again. EA has spelled out that Madden will be treated as a live service game that receives ongoing updates and new features, but doesn’t give a timeframe. These additions include ongoing roster tuning (which they’ve been doing for years already), customizable X-factor abilities, better AI management, better trade logic, a career stats UI, more retirement features, and so on. To be clear: these are all post-launch updates coming for Madden NFL 21, but on paper they certainly sound like things that should have already been in the game.

To go on further, EA included some light details on what’s in store next year for Madden NFL 22, further emphasizing that it never planned on really overhauling classic franchise mode, at least not anytime soon. In fact, the blog post literally says it’s “not fully committed yet” to any of the ideas for Madden NFL 22. Those non-committed ideas include a team chemistry system, scouting improvements, coaching staff management features, and most notably to me, relocation/branding assets for franchises such as uniforms, names, and logos. Again, these are ideas they’re not even committed to doing a year from now, let alone ever.

EA is already laying the groundwork for Madden to become a “games as a service” title since it’s literally calling it a live service game this year, but it won’t actually commit to just updating the roster and deploying new features and modes via patches like every other live service title – presumably because it’d lose too much money that way.

I don’t know if going full games as a service is the answer necessarily, but the day for EA to dramatically change Madden is long past, as is the dire need to fix Franchise mode.

David Jagneaux is a freelance writer for IGN. Talk Madden with him on Twitter at @David_Jagneaux.