The next official D&D adventure, Rime of the Frostmaiden, is almost upon us, and we wanted to give you an early look at some of the secrets hidden within its pages before its release on September 15.

We’re unveiling four pages featuring art by Julian Kok and Titus Lunter, as well as some details about the remote Ten-Towns settlements of Icewind Dale and some early quests players might embark on.

“These are the opening pages of Chapter 1. They provide an overview of Ten-Towns and how this early part of the adventure is structured,” explains Chris Perkins, Lead Narrative Designer for D&D. “The goal of the Ten-Towns adventures was to reinforce the adventure’s themes of isolation, secrecy, and paranoia. Each adventure shows a settlement in crisis and was designed to be playable in one or two game sessions. The players choose which towns to help, which means you can run this chapter for multiple groups and have a different experience every time.”

Click through the gallery for more or scroll down to see each page. We’ll be unveiling four more pages highlighting new items and monsters tomorrow, so check back then for more! 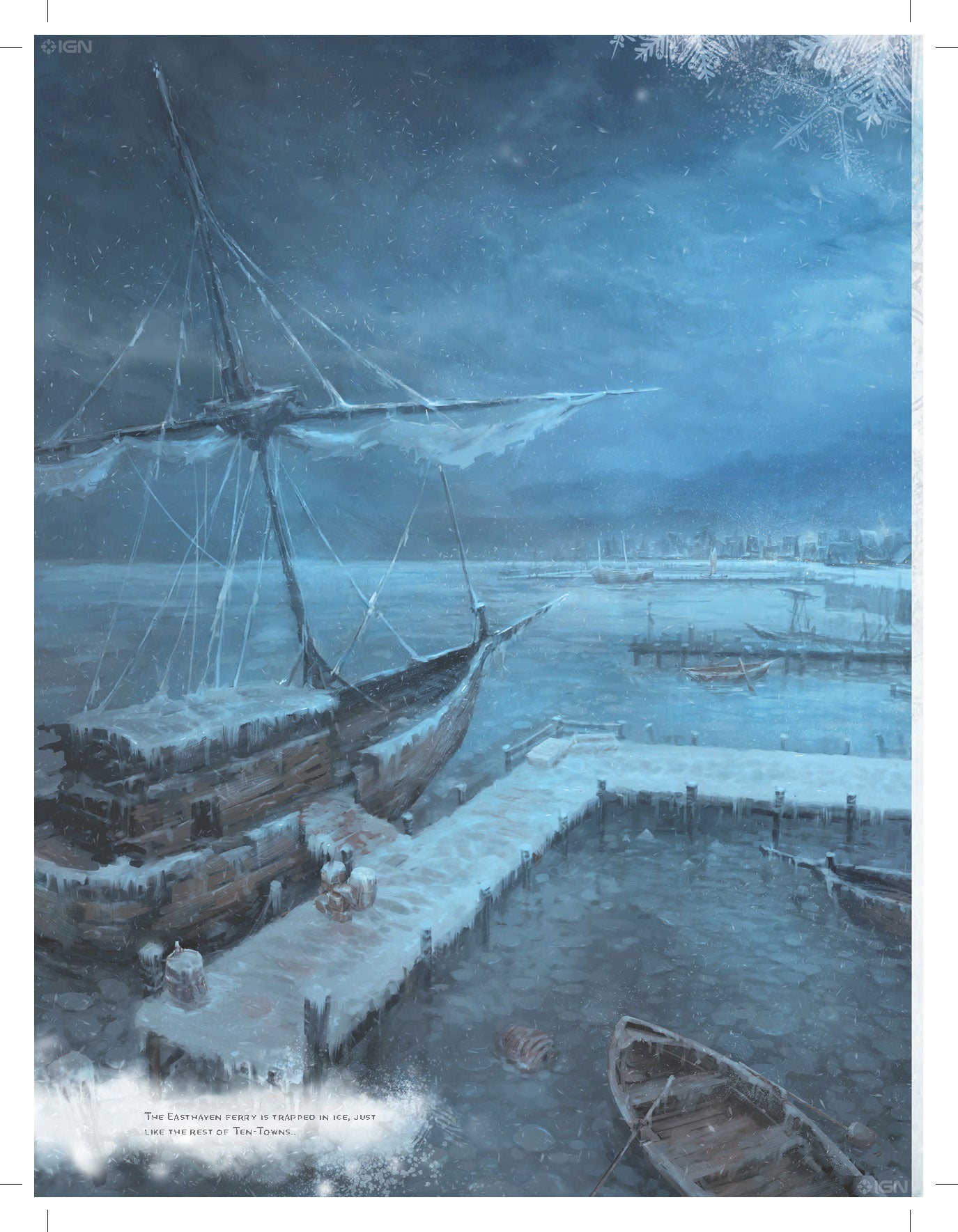 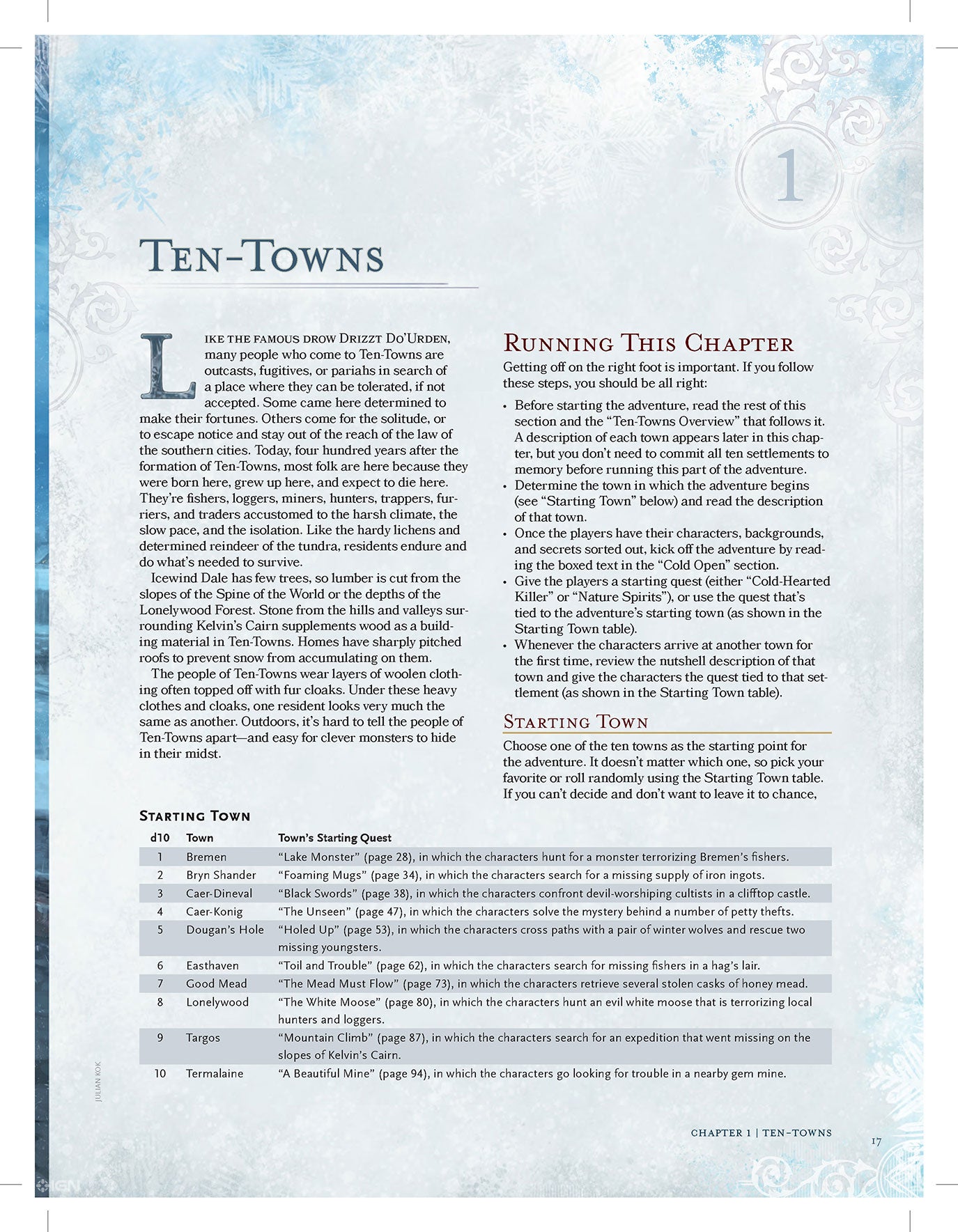 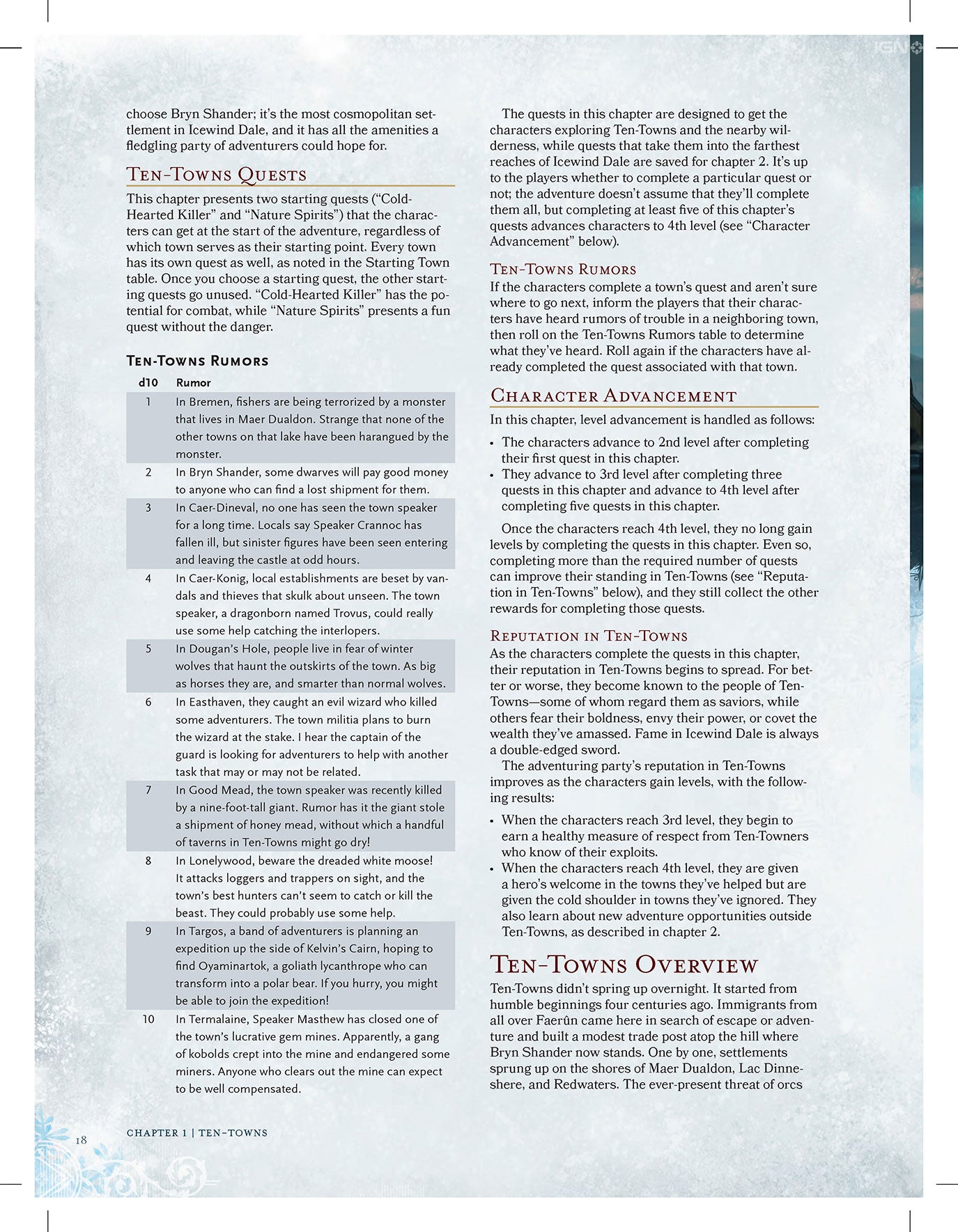 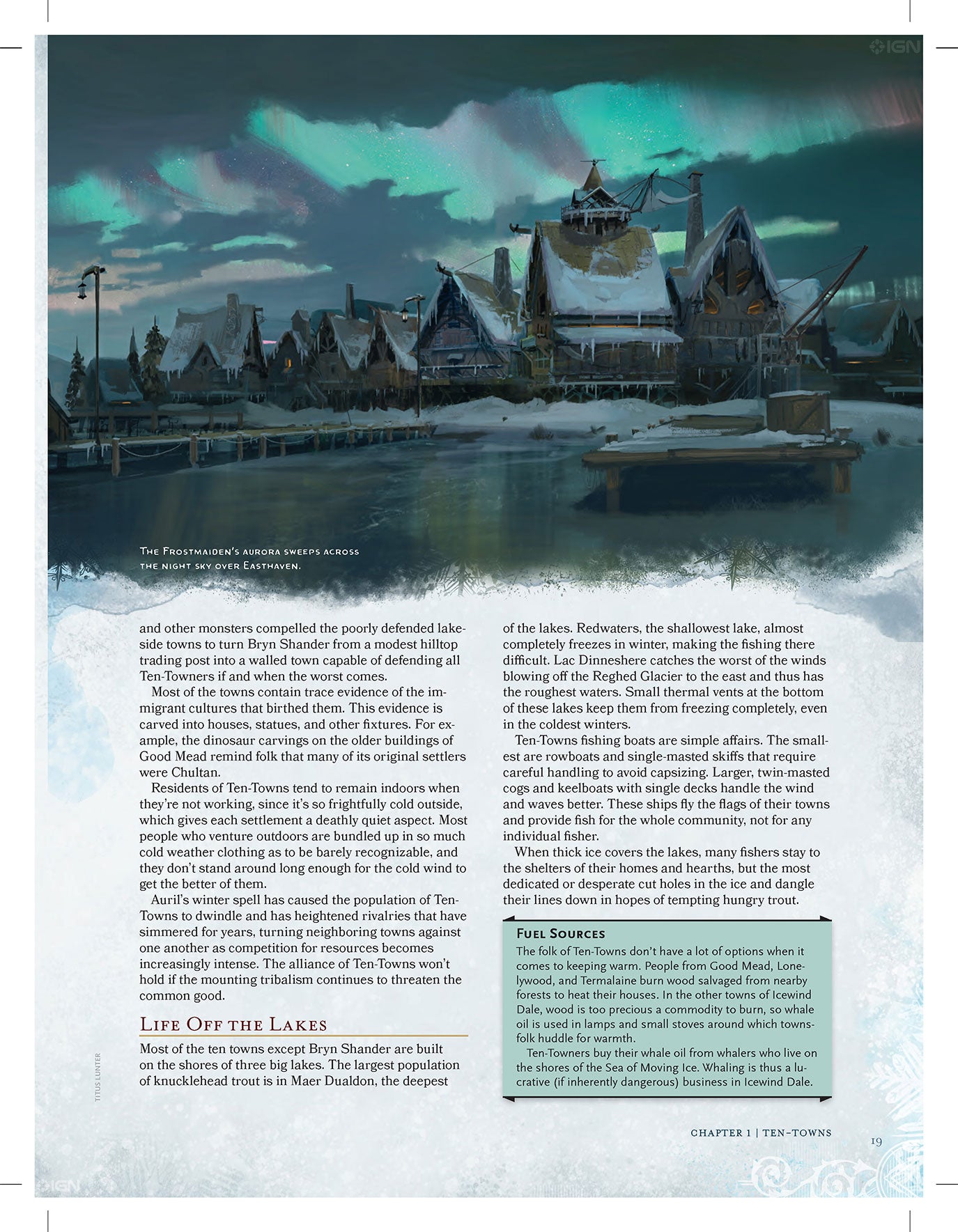 For more D&D on IGN, check out our guide on getting a group together online or how to get into the upcoming D&D Celebration event, featuring “the largest online game of D&D ever played.”

JR is a Senior Editor at IGN and very much looking forward to venturing into the icy north of the Forgotten Realms. You can follow the exploits of his Human Fighter, Rurt Kussel on Twitter.