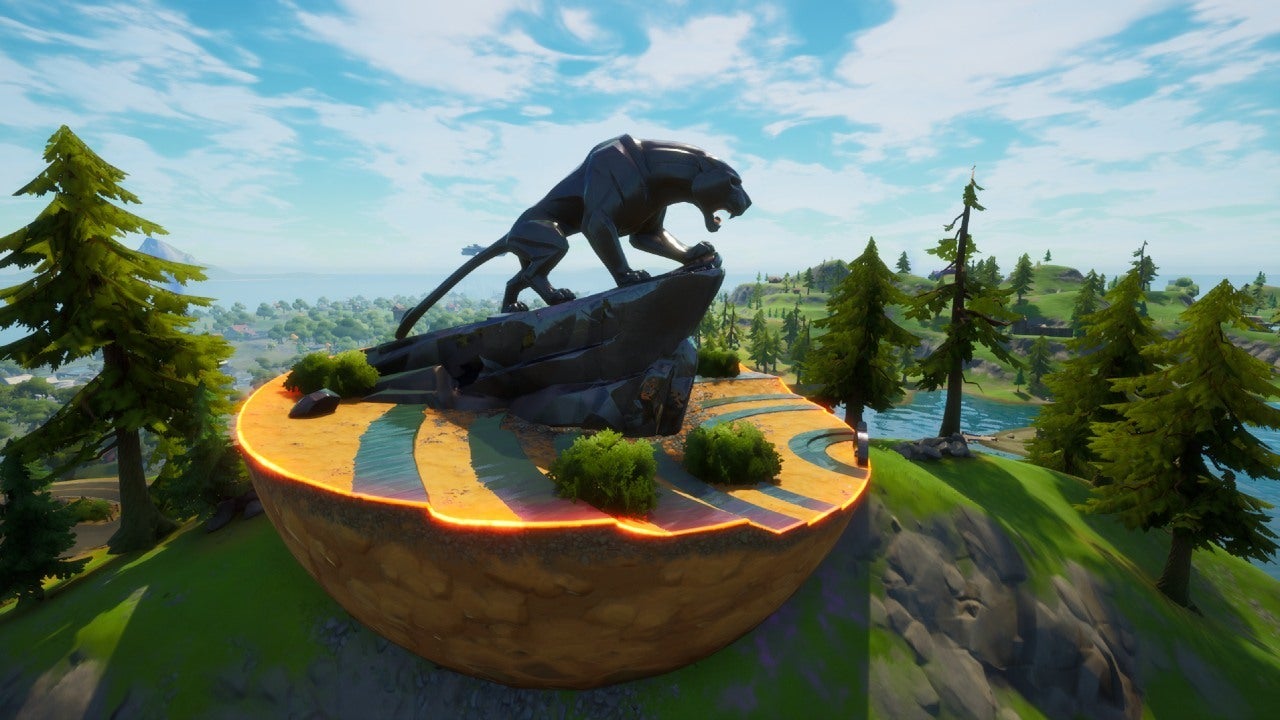 Fornite has added a new Marvel POI, Panther’s Prowl, and it is more or less an alternate dimensional rift that features a Black Panther monument in honor of the beloved Marvel hero.

It’s important to note that this new addition was not in response to the passing of Black Panther actor Chadwick Boseman, as it was already “part of a previously-planned narrative for the new Chapter 2 – Season 4 season.”

“As with the rest of the world, we were greatly saddened to learn of the passing of actor, Chadwick Boseman,” Epic Games said in a statement to IGN. “The Black Panther monument arrived this morning as part of a previously-planned narrative for the new Chapter 2 – Season 4 season.”

As you can see in the clip above, when you approach this new POI, you will be treated to ambient music that invokes the feeling of the soundtrack of Marvel’s Black Panther film.

For those who wish to find this new statue, it is due west of Misty Meadows, and has a glowing ring around it on the map, as well as in the game, to represent the rift that brought it to Fortnite’s island.

This Black Panther statue is another example of this epic crossover between Fortnite and Marvel, which saw Antman’s Ant Manor POI appear earlier this week.