Fortnite’s latest crossover with pop culture has brought in Ghostbusters’ themed items to its item shop just in time for Halloween.

Revealed on Twitter, this Ghostbusters crossover brings in character skins, Ghost Trap and Proton Pack Back Bling, an Ecto-Glider, and a Proton Pickaxe Harvesting Tool. 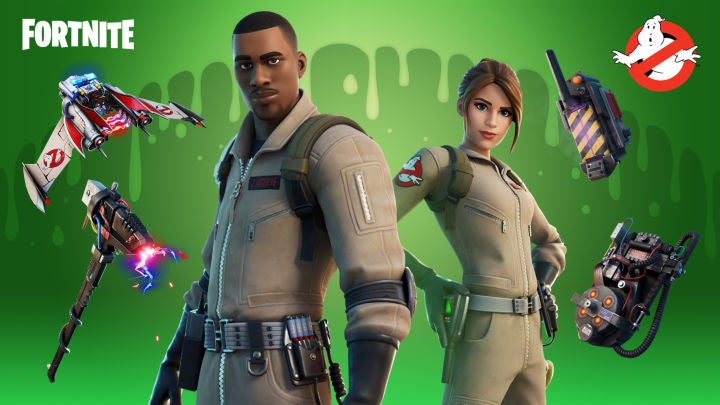 The skins can be purchased as male or female characters, and each have their own name and style,

As with most Fortnite cosmetics, these will most likely only be available for a limited time.

These Ghostbuster skins join an ever growing roster of fan favorites from franchises like Star Wars, Batman, Marvel, and so many more.

Fortnite is currently in the middle of its Fortnitemares 2020 event, that has eliminated players returning as a Shadow for a chance to defeat survivors by using “your otherworldly abilities, like possessing the body of vehicles.”

Fortnite, which recently got ray tracing support in September 2020, also released a patch that made its file size 60GB smaller on PC.