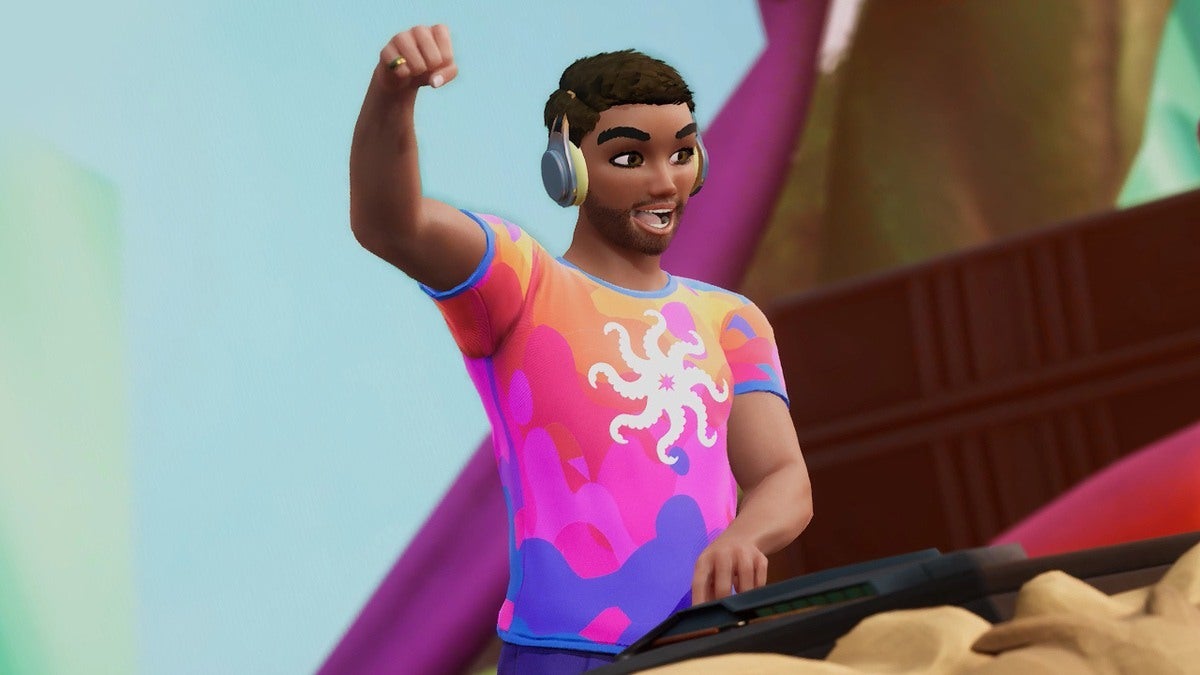 Harmonix is no stranger to finding the groove of a catchy music game. And after seeing more of what’s to come in Fuser, the next game from the pioneering studio behind Guitar Hero and Rock Band, I’m even more excited by the potential for a varied, more engrossing take on what music games can be. It is, quite simply, the party I didn’t know I needed, and it’s one that could potentially be just as fun at home with friends, online in competition or collaboration, and as a music listening experience all its own.

We’ve covered the basics of Fuser before — a cross between the music-mixing tech of Harmonix’s impressive board game DropMix and the score-based challenge of Rock Band. But Harmonix more recently guided me through a look at the multiplayer, freestyle, and social aspects of Fuser, and I also got to go hands-on with those modes and a few of the campaign’s levels. The sheer variety of options, both while mixing music and in Fuser’s overall offerings, is brimming with potential, offering plenty to those wanting to chase scores and leaderboards or to those looking for a place to creatively express themselves.

There’s something downright joyful to every aspect of Fuser. It’s not just a celebration of DJ or festival culture but of music and its boundless creativity at large. And that’s evident in every mode Harmonix demoed for me.

Solo acts abound, but music is often a collaborative effort, and Fuser’s cooperative multiplayer aims to let that shine through. With up to four friends selecting music and eight friends acting as the audience, players can gather together for mini concerts, riffing off of each other’s musical choices when in the virtual DJ hot seat. Or, as an audience member, you can make requests, show friends support( or confusion) in their eclectic choices, and eventually swap places with those choosing the tracks.

It’s all very lowkey, creating a space that’s designed specifically to let friends virtually jam together using Fuser’s licensed tracks, and it’s one I could easily see losing hours in, especially when the idea of having friends over to my house to do the same isn’t particularly feasible at the moment.

But when people can come over, I could see Fuser’s Freestyle mode being a permanent fixture for a gathering in need of a soundtrack. WIth no scores, no penalization for missing a beat or using a track from the ‘80s when the crowd specifically requests the drums from a 2010’s rock song, Freestyle is all about just that — freestyling.

And I am not overexaggerating to say I lost most of a day to Fuser’s freestyle mode even with the demo’s limited library. My girlfriend and I traded off every few music selections, creating some great, and some odd, mixes as we blended tracks by Childish Gambino, Donna Summer, Rage Against the Machine, Sean Paul, and many more. But it made for a consistently engrossing music-making afternoon that combined the familiarity of a licensed track list that past rhythm games have brought with a layered and complex but approachable set of mixing mechanics.

Of course, all of those mixes don’t have to be lost to time — Fuser lets you take snapshots of mixes you particularly love to use and bring with you to later performances in the game’s various modes, as well as share your mixes to either Fuser’s in-game social network or to your own social media feeds. Music is something to be shared, and it’s wonderful that Fuser has built-in tools to allow for making that process so easy. While in Freestyle mode, you can choose to record a decently lengthy snippet of your mix. And if you’re unhappy with the results as you record, it even lets you go back and tweak the mix, so you can pretend like that out of nowhere drop of the vocals from “Never Gonna Give You Up” never happened.

Moving to the Groove

If you’re looking for something with a bit more structure, Fuser does have a full campaign, which not only offers a series of challenges with different objectives to both please the crowd and achieve a high star ranking, but also to teach you the ropes of Fuser’s many musical options.

You could simply just lay down different parts of songs, sure, but Fuser allows players to sample a variety of instruments and create loops, add sound effects like a delay sync, pitch stepper, and more, as well as mute or solo specific tracks. That not only further multiplies the number of options players have, but it can end up feeling like a lot to keep track of all at once.

Thankfully, Fuser’s campaign doles out each new mechanic over time, allowing you to get comfortable with every aspect, while also offering Freestyle on the side so you can take those new skills into an unscored, freeform environment. The campaign itself is largely a string of performances at various festivals, but each one brings with it its own charm and music sensibilities. Different festival promoters show you the ropes at each festival stage, representing different musical upbringings and tastes, which can speak to some of the challenges you’ll encounter.

But it also speaks to that musical universality that feels so intrinsic to Fuser, and the appreciation it can deliver when discovering new favorite songs or finding an unexpected layer to what makes a hit you love so great. Fuser seems to be equal parts music-making toy box, rhythm game, a creative music sharing experience, and a party packed into a single package.

I lost many a weekend to working my way up to expert in Guitar Hero and gold starring songs in Rock Band. And after losing a good chunk of my weekend to a demo build of Fuser, I’m pretty sure I’m going to spend many, many more weekends this fall music-mixing to my heart’s content.

Jonathon Dornbush is IGN’s Senior News Editor, host of Podcast Beyond!, and held onto his Guitar Hero II guitar far longer than he would like to admit. Talk to him about your favorite music games on Twitter @jmdornbush.

Ryan Reynolds Got Rick Moranis To Film A Mint Mobile Ad, And It's Canadian Gold