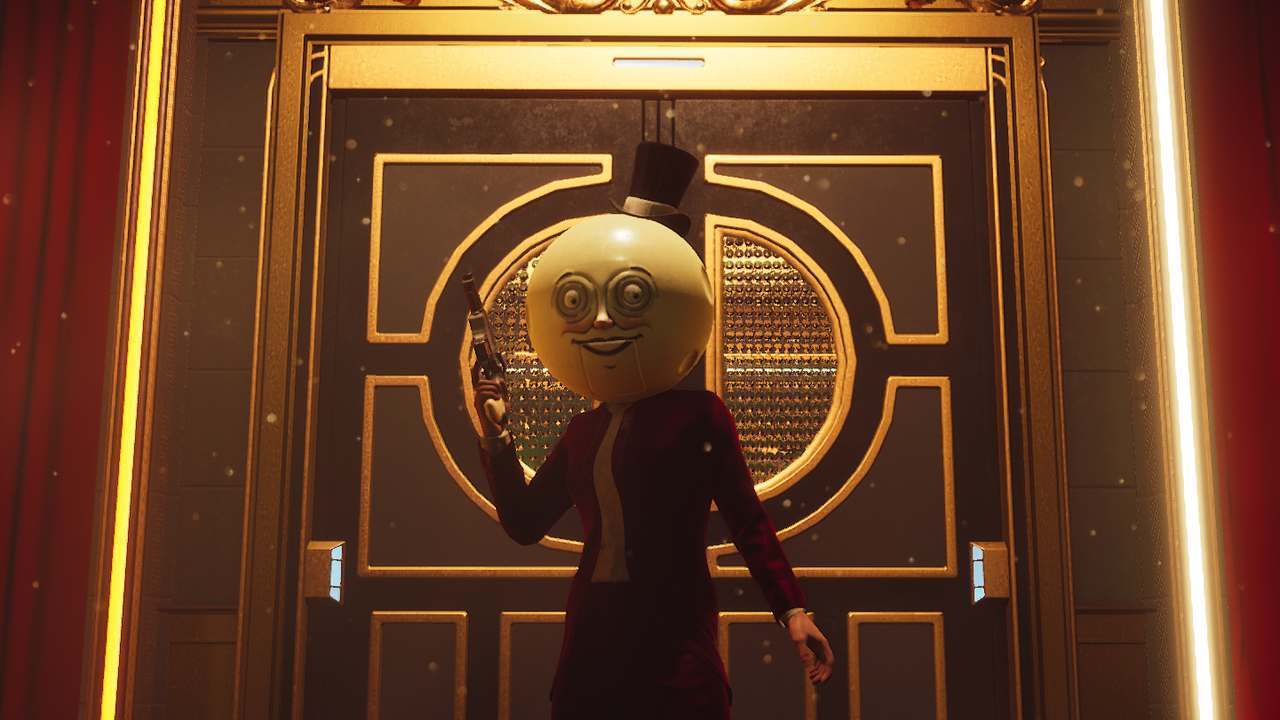 In one week’s time everybody will be able to play the long-awaited DLC for The Outer Worlds, Peril on Gorgon. For now, I’m allowed to tell you about the events of the first hour, which, in short, is very much more of the same and a great reminder of why I enjoyed The Outer Worlds so much when I first played Obsidian’s original first-person RPG for review. Based on what I’ve played I don’t expect Gorgon to shake up the mechanics much, if at all, but I’m intrigued to see where this tongue-in-cheek detective story takes us.

It starts off at the conclusion of the Radio Free Monarch questline, when a mystery is delivered to your ship in the form of a severed human arm clutching a voice recorder with a message. Your crew accepts the assignment with all of the conceit-acknowledging enthusiasm of an episode of It’s Always Sunny in Philadelphia where the gang decides they’re going to be private eyes now. For a side adventure like this, it’s a fun way to do it.

After following the message instructions and meeting an enigmatic heiress seeking answers about her estranged mother’s demise, the crew of the Unreliable sets off for Gorgon. It’s a previously inaccessible spot on the Halcyon System map containing a gleaming gem of an asteroid that’s crawling with marauders and seeped in the mystery of why Spacer’s Choice abandoned its research facility there. My first stop was a seedy bar where I was immediately called upon to impartially settle a dispute between two idiot salvagers quarreling over a claim. That, of course, led me to start several other quest chains, because where better to pick up rumors of work to be done than a dingy bar? One NPC remarked that this asteroid is so packed with notes and audio logs that it could fill a book, and based on what I’ve seen so far that’s not an exaggeration.

[poilib element=”quoteBox” parameters=”excerpt=My%20first%20stop%20was%20a%20seedy%20bar%20where%20I%20was%20immediately%20called%20upon%20to%20impartially%20settle%20a%20dispute%20between%20two%20idiot%20salvagers.”]And then it was out into the alien but not terribly distinctive open world of Gorgon to chase some floating objective markers and crack marauder skulls. Combat thus far has been very much more of the same – I haven’t seen a new enemy type or new weapon (though I’ve seen hints of them dangled as rewards for completing multi-stage fetch quests I haven’t beaten yet). Playing on normal it hasn’t been especially difficult, either – though that could be said of the main campaign as well. Much as I enjoy annihilating a marauder in a hail of bullets, I’m probably going to want to crank this up to hard later.

Of course, combat isn’t the real draw; I’m here for the story, and Obsidian has laid some good groundwork for another tale of corporate malfeasance/incompetence in the numerous computer terminals containing emails between cruel morons running the failed Spacer’s Choice operation on Gorgon. Continuing the trend of The Outer Worlds in general, this story has very clear nods to Firefly lore – though I’m sure it will turn out quite differently. (I’d forgotten over the past year how much Parvati is basically just Kaylee.) I’m looking forward to seeing who’s behind it all next week.

Dan Stapleton is IGN’s Executive Editor of Reviews and reviewed The Outer Worlds roughly 14 years ago in October 2019. Follow him on Twitter.