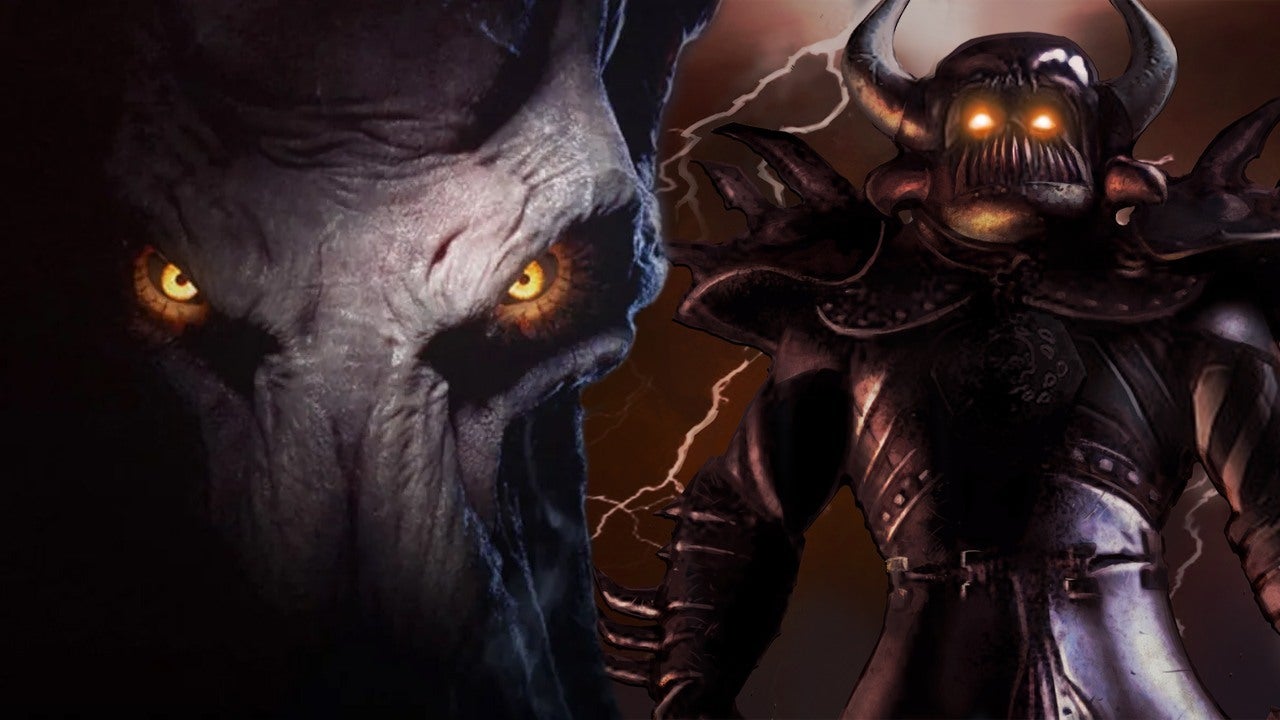 In the 20 years since the last mainline entry in the Baldur’s Gate franchise launched, we’ve seen some hit-or-miss expansions, “enhanced” editions of the originals, and plenty of other digital adventures based in the Forgotten Realms of D&D lore – but none have found a place in audiences’ hearts quite like BioWare’s original games.

Now, after two decades, three full editions of tabletop rules, and more than 100 years in-fiction, the banner has finally been passed on to Larian Studios, of Divinity series fame, for Baldur’s Gate 3. The studio – which was told by D&D parent company Wizards of the Cost that they were “too green” until they launched Divinity 2 – is doing its damndest to create a sequel that takes the spirit of the original games and evolves it for a new generation of gaming.

“We want it to be the best game we’ve ever made, but we also want it to be the best Baldur’s Gate game possible,” says Larian’s Senior Writer Adam Smith in a recent interview with IGN, explaining that to do so, the team is focused on not only modernizing Baldur’s Gate for new audiences, but pushing the boundaries current of RPGs as well, rather than just making another Baldur’s Gate with fancier graphics. “Baldur’s Gate wouldn’t have been the success that it was – critically, commercially, or in terms of reviving what a CRPG could be,” Smith says, “if it hadn’t been looking forward. And so Baldur’s Gate 3 has to do the same.”

The city’s changed, Smith continues, and they’ve had fun looking at what would have happened, politically or socially, in the gap between games. “So we look at all of that, but [the gap between games] is enough time to give us a clean slate for new characters. Although some of them have long memories, as well,” he adds, wryly.

It is a relatively traditional fantasy setting, after all. Elves, for example, regularly live well into their 700s, so it’s entirely possible that characters – even our own, given the options available during creation – would remember the Bhaalspawn crises, or that we’ll see characters like Kivan or Coran or make a return in Larian’s take on the Sword Coast. “One of the interesting things,” Smith says, “is for some people that’s ancient history, for some people, it’s recent history… We’re 100 years later, but that’s not a long time for a deity.”

The team is also pulling from more current events, as well. The studio’s recent Panel from Hell stream detailed not just the Early Access release date and content, but also the how Baldur’s Gate 3 adapts parts of the most recent D&D tabletop adventure, Descent into Avernus, and the impact of those events have on the story of BG3. “[Avernus] was a very, very lovely thing for us to have,” said Smith. “Like, [the D&D team said to us] ‘Okay, so, you’ve got all the stuff that you’re thinking about over in Baldur’s Gate. Uh, something just happened over here, as well.’ And we’re like, ‘Lovely.’”

“There’s always gonna be things happening in the Forgotten Realms that are cataclysmic,” he says, “because that’s where a lot of the things impel adventure come from. It’s, ‘How do I save this catastrophe?’ or ‘How do I instigate this catastrophe?’” he chuckles. “That’s often what adventures do… So we start off somewhere in the middle of that. You’ll see the effect of it, just like you’ll see the effect of BG1 and 2… There’s something quite liberating about telling a story and then being like, ‘Oh, I have all this supporting material that gives you different angles that you not necessarily have come up with yourself.”

The Essence of Baldur’s Gate

For Smith,  it seems to boil down to a trusty few factors – the first one being tone. Baldur’s Gate always managed to blend a bunch of different styles together, rather than placing all its chips on one fantasy subgenre or another. “I see people talk about the darkness of Baldur’s Gate,” he says. “And it’s absolutely something that we want to bring out. But Baldur’s Gate was very, very lighthearted and strange and silly and bizarre in places, as well. And that’s really a quality that I think separates it from a lot of other RPGs. It is tonally all over the place and it hits its beats so, so well.

The biggest pieces of the Baldur’s Gate puzzle, though, are  unanimously agreed upon: one is your relationship to your adventuring party, and another  is how your decisions and actions impact those relationships and the world around you – and vice versa. “Some of my favorite moments in Baldur’s Gate are party interactions,” says Smith, “and I think BG2 improved on them massively. That sense of ‘it really matters what I do and it really matters what they think of me’. And that was hugely important. You can really piss people off, and you can let people down… it’s all these emotional things which are very powerful.”

It’s all about  knowing who you can trust, knowing who you can rely on, continues Smith, and that sense of striving for a common goal as a group. “Pulling together and fighting against the things in yourself that aren’t necessarily good for you, or good for anybody else. And that’s a huge part of what we wanna do.”

So, what does it take to incorporate all these pillars of a classic franchise and deliver a sequel that fans will appreciate and Larian is proud of? According to Smith, it’s about doing everything they can to replicate the reactivity of the tabletop experience, harkening back to the idea that BG3 is a D&D game where Larian is your Dungeon Master. “We have some advantages over a flesh and blood DM in the sense of the things we can conjure and the way that we can display things.”

What they don’t have, however, is the ability to react immediately to players like an in-person game master. To rout this issue, the team relies on adding an almost absurdly complex amount of systemic story branches based on your decision-making. “If you play Tabletop,” he continues, “then you know that players will deviate from the best laid plans. So, as a DM – or as a writer on Baldur’s Gate III – we’re saying, ‘I have a very clear story that I wanna tell. It has all these points that I wanna hit.’ and you’re gonna trample through some of them, you’re gonna deviate from some of them. You’re gonna throw curve balls at me, so we’re reacting to about as much as you can.”

The key is to blur the line between the quest hooks or planned moments and the choices that players are making for themselves. So  Larian will offer players story beats, but (after the tutorial) avoids sections that feel like they’re on rails. “We never want to take away control and say, ‘This is the story bit,’” says Smith. “The story bit is also the bit where [a player might say], ‘Hey, I might wanna steal from this guy,’ or, ‘This guy’s got a quest, but how does he react iif he suddenly wants to give me something, but one of my partners has stolen it from him?’ So, you’re always looking at these things and saying, ‘How do we make sure that the characters react in a believable way to the crazy things that the players might have done? There are things that I am super proud of, personally, that if I look at the Venn diagram of who’s gonna experience them, it’s just so small,” he laughs.

The team is also very focused on maintaining the personal relationship players had with their companions and the NPCs throughout the world in the originals, hoping to immerse the player enough that they make choices that they normally wouldn’t. Not necessarily out of a decision to do a “good” or “evil” playthrough, but to affect their choices through the world and its characters. “I hope this doesn’t sound like a terrible to say,” Smith starts, “but I’d feel very, very good about writing a situation or a character where people get into it and think, ‘You know what? I don’t want to be a vengeful person, but fuck that guy,’ and they pull the trigger. I want people to get into those situations where the player thinks ‘In all good consciousness, I think I have to do something that I wouldn’t normally do’… and then seeing what those consequences are.”

We (hopefully) won’t have to wait too much longer to see how these situations play out. On the development side, it sounds like new ideas and changes to existing content (in addition to everything still listed as “work-in-progress”) are constant.

“We iterate constantly,” Smith says. “We never say, ‘Okay, that’s good. Put it to one side.’ We’re constantly looking at things and trying to improve them; every day we’re better at making this game.”

Come October (and sure, technically the last day of September), Smith’s team – and the rest of the Larian crew –  will start taking suggestions from players as they continue to refine the systems and develop the game beyond the first act that makes up the early access build. It’s the first time in nearly two decades that people will get their hands on a new Baldur’s Gate – which amounts to a lot of pressure, to be sure. But Smith says the team isn’t worried, largely because of how far they’ve come already.

“We know that we’re making something that we’re already happy with,” he says. “Part of it is just being lucky that you work with incredibly talented people, and part of it is just being willing to adapt and to change when something doesn’t work. To say, ‘You know what? That one doesn’t work. Throw it away. Start again. Do this one instead. Try it a different way.’ And we’re all really good at that.”

For more on Baldur’s Gate 3, check out all the details we learned from the Summer of Gaming demo, or if you’ve got some time to kill why not watch a full hour-long gameplay presentation.

JR is a Senior Editor at IGN, and is very much looking forward to infuriating his BG3 party members with his terrible decision making. You can cheer him on (or scold him appropriately) on Twitter. He also urges you to donate to the ACLU or NAACPLDF if you’re able.