Set to run from October 21 to November 3, players will have the chance to jump into the popular limited-time Halloween event, Fortnitemares, and score themselves several free cosmetic items before the event ends.

To kick off the release of Fortnitemares 2020, an all-new game mode has been introduced. This game mode will see all eliminated players across Solo, Duos, and Squads return to battle as a Shadow. Working with other eliminated teammates, players will receive access to otherworldly abilities that will allow them to possess the body of vehicles, phase through obstacles, and even perform a deadly combat swipe attack as players attempt to earn themselves a Nitemare Royale.

As usual, Fortnitemares brings with it a set of unique Halloween themed weapons that can be found randomly across the map. This year’s weapons will include the Pumpkin Rocket Launcher, the Fiend Hunter Crossbow, a Witch Broom, and even Shadow Midas’ Drum Gun, which can be found upon killing Midas at The Ruins.
What’s a Fortnitemares event without rewards? Throughout the event, players will have the chance to complete a set of challenges to unlock all-new rewards such as Midas’ Shadow Wrap, the Smash O’-Lantern Pickaxe, Bobo Back Bling, Loading Screens, and more. 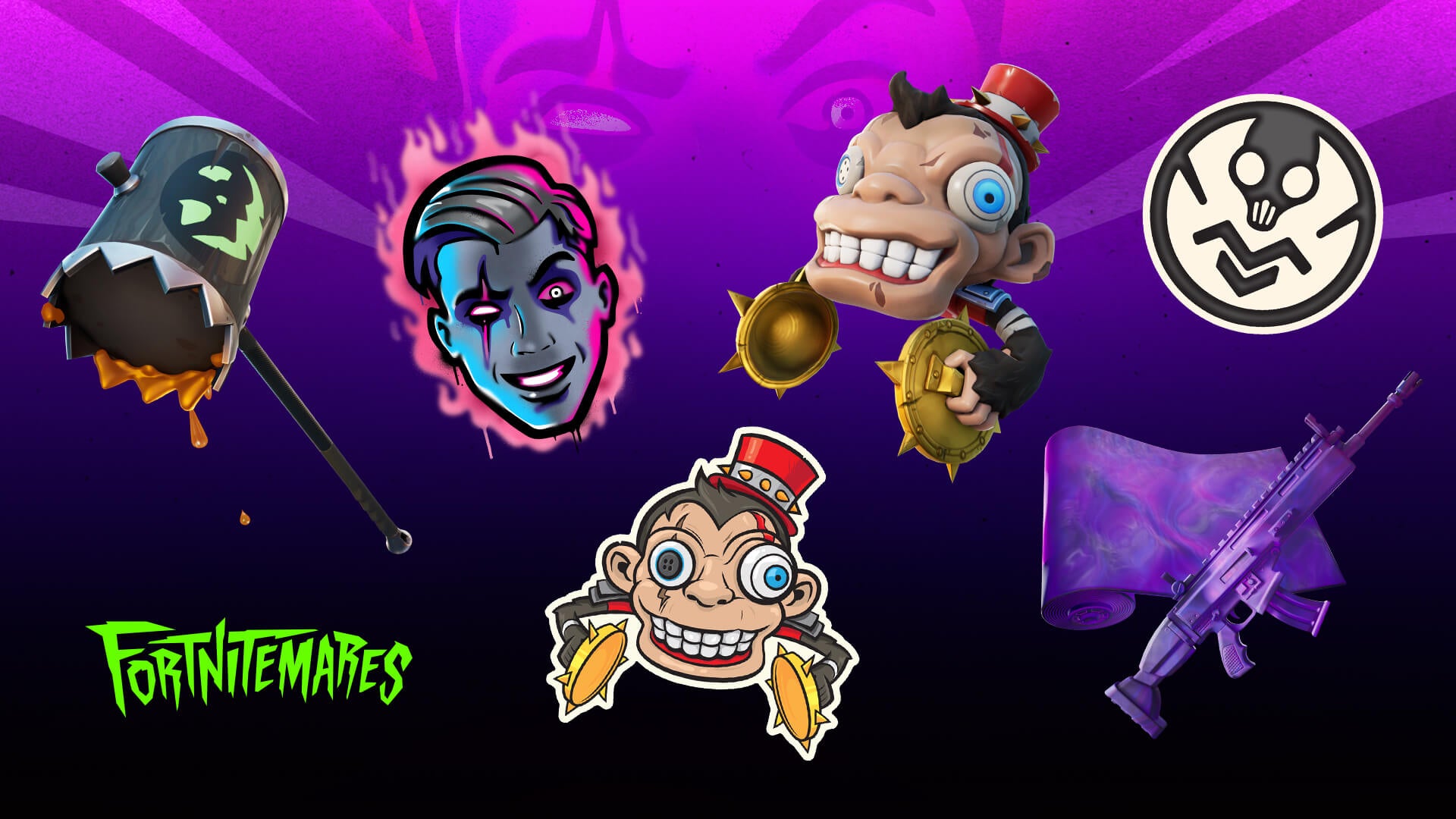 Along with the announcement, Reggaeton Global ambassador and four-time Latin GRAMMY winner J Balvin is set to present Afterlife Party, an exclusive Halloween music event. Debuting a brand new song featuring Sech, Balvin will take to the main stage in Party Royale on October 31, at 6 pm PT and 9 pm ET. That’s November 1 at 2 am BST and 11 am AEST.

For even more information on the Fortnitemares event, check out our guide below to unlock unique Halloween themed rewards!

How to Complete Every Fortnitemare Challenge 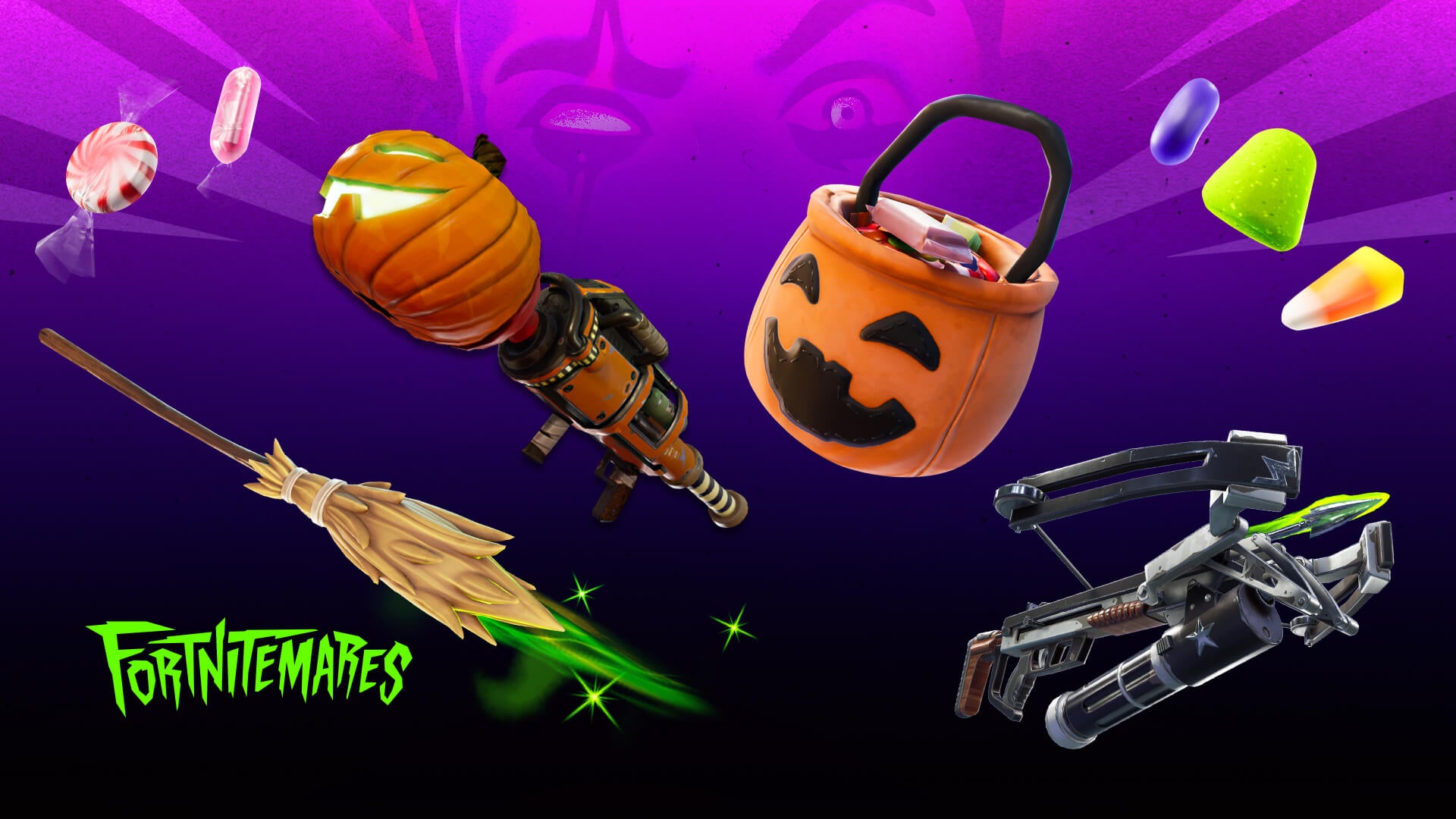 For more information on how to eat a Candy, becoming a Shadow, finding a Witch Broom, eliminating Shadow Midas, and even more, we have you covered in our detailed Fortnitemare Challenge guides below.

Where to Find and Eat Candy in Fortnite

One of the first challenges to complete in the Fortnitemares event is to find and eat 25 pieces of candy. As easy as it may sound, many have been left wondering exactly where you can find these pieces of candy.
Thankfully, candy is relatively easy to find, as it will be available at the majority of houses across the Fortnite map. In order to find candy, simply land outside of a house and make your way to the front door. As you near the door, you will often find two buckets of candy. Using your Pickaxe or Weapon, destroy the buckets to receive several pieces of candy. 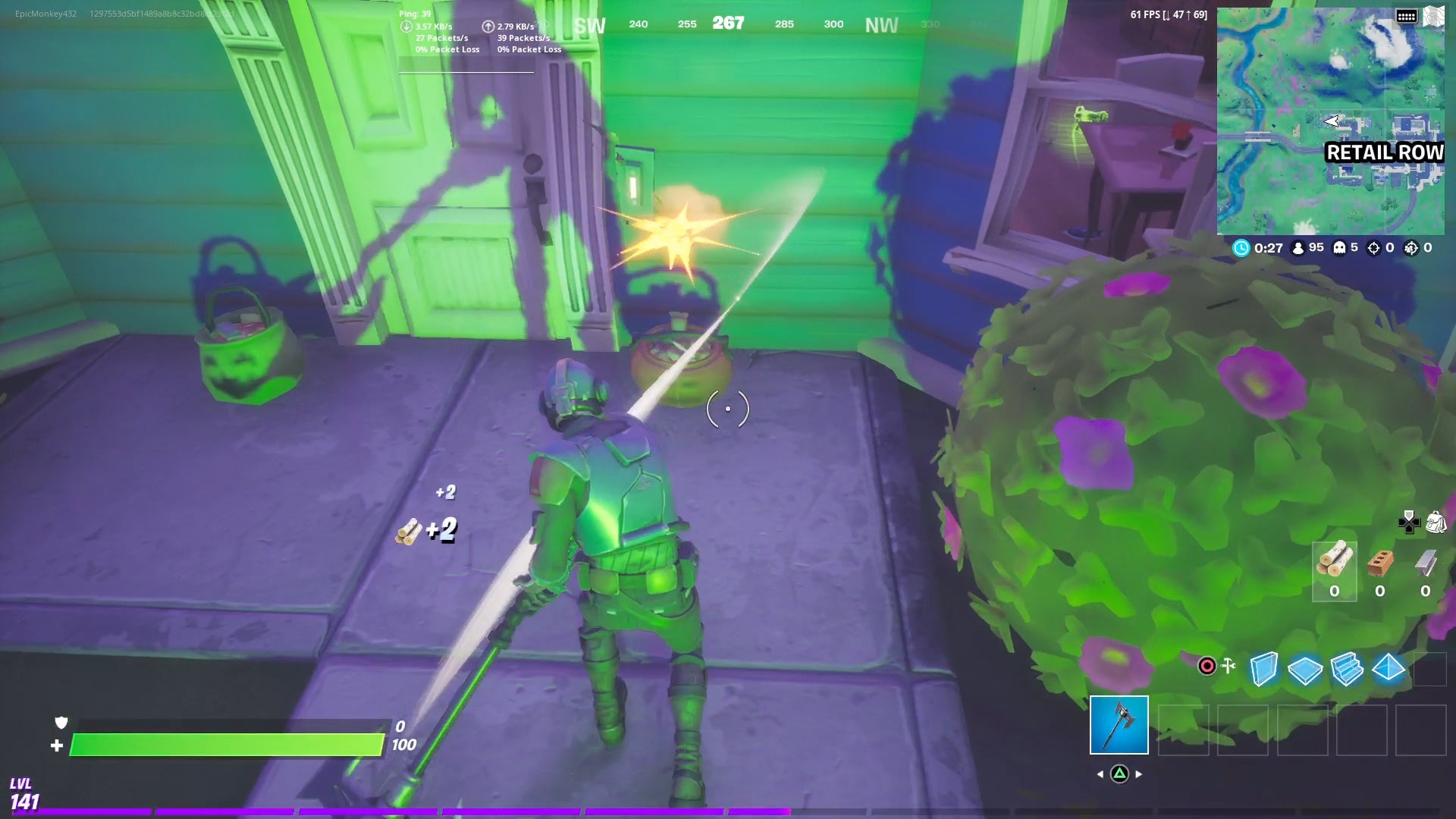 As far as we are aware, there are currently 5 different candies to loot, with each candy offering a different effect when eaten.

Furthermore, each of these five candies has the ability to provide a small increase to your health when eaten.

How to Become a Shadow in Fortnite

Arguably the simplest challenge on the list, you will have the ability to become a Shadow by simply being eliminated during the match. Upon dying, you’ll return as a Shadow and can begin the process of raining havoc upon those that are still alive. 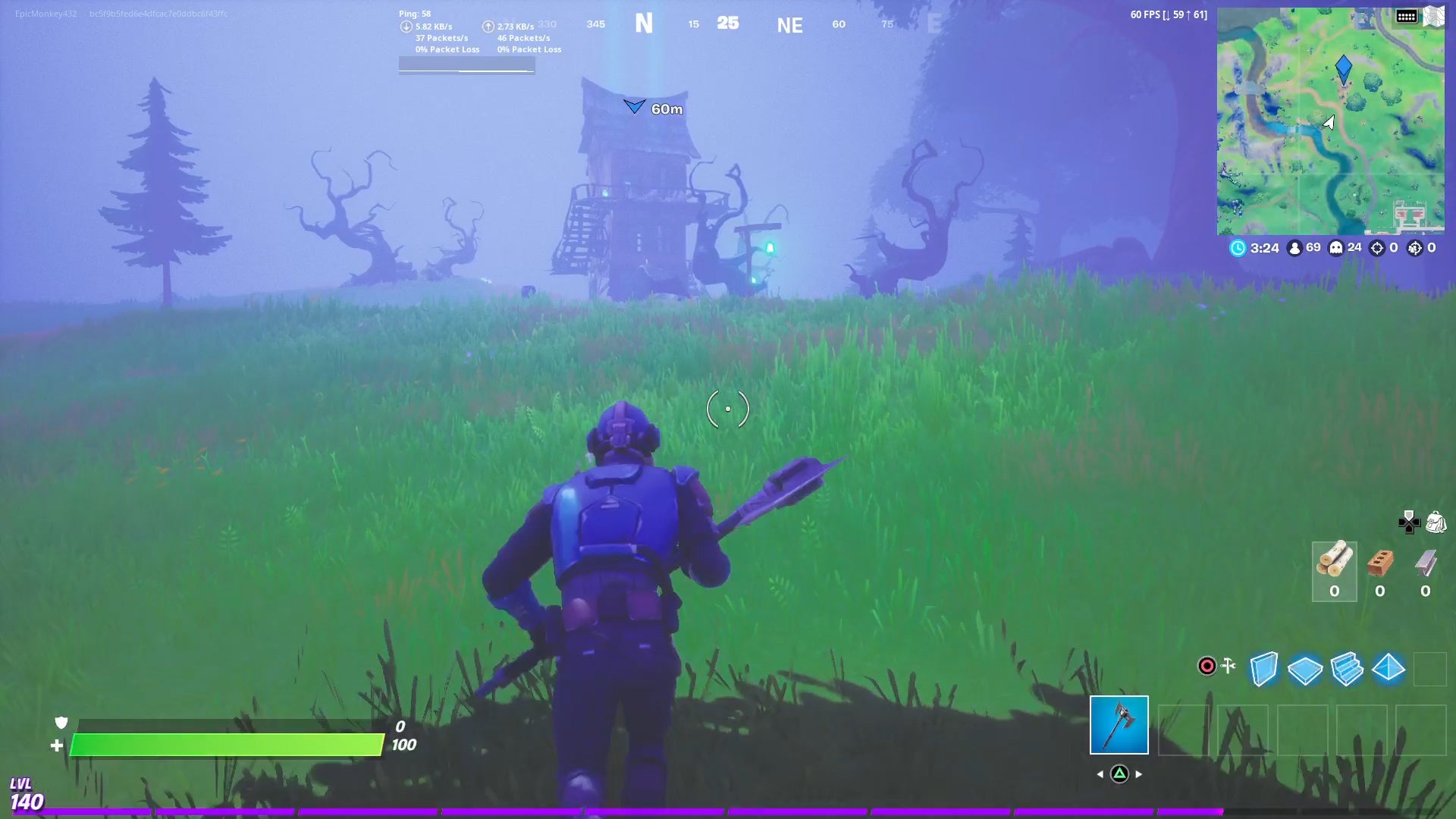 Scattered across the map, players will find Witch Shacks. These shacks will contain Witch Brooms, which can be found just outside of the shack inside of a large barrel.
If you’re struggling to find a Witch Shack, consider checking out the locations that we have marked on our Broom Locations map below to find every known Witch Shack currently in Fortnitemares. 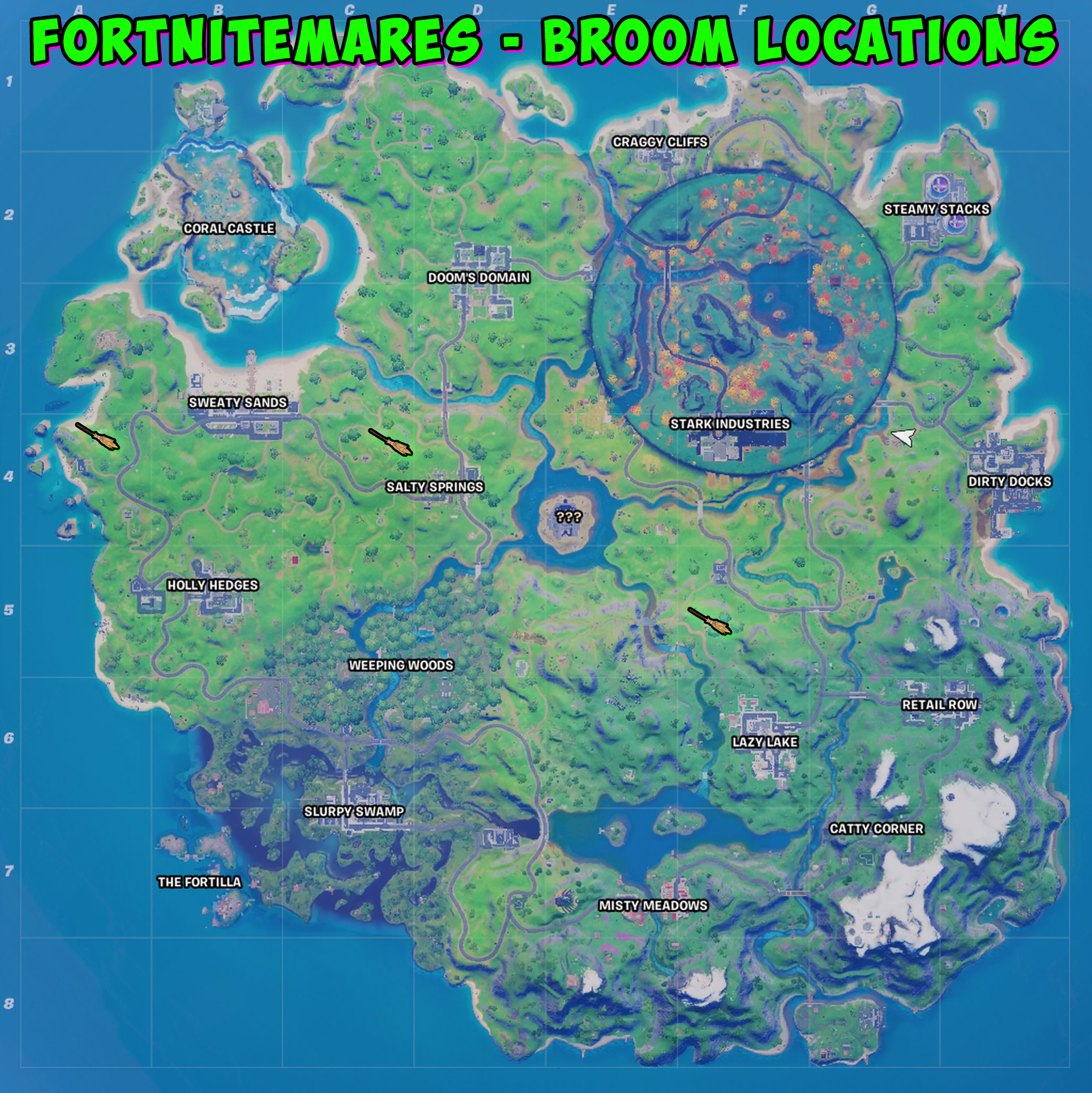 Once you have located the Witch Broom, interact with it to begin flying through the air. Similar to the Silver Surfer board, the Witch Broom will have a 20 second cool down.

How to Detect Players as a Shadow

When playing as a Shadow, you’ll have four otherworldly abilities that include:

For those playing on Xbox One or PS4, simply use the Scream ability by pressing L1 on PS4 and LB on Xbox One to scan the area for nearby enemies. 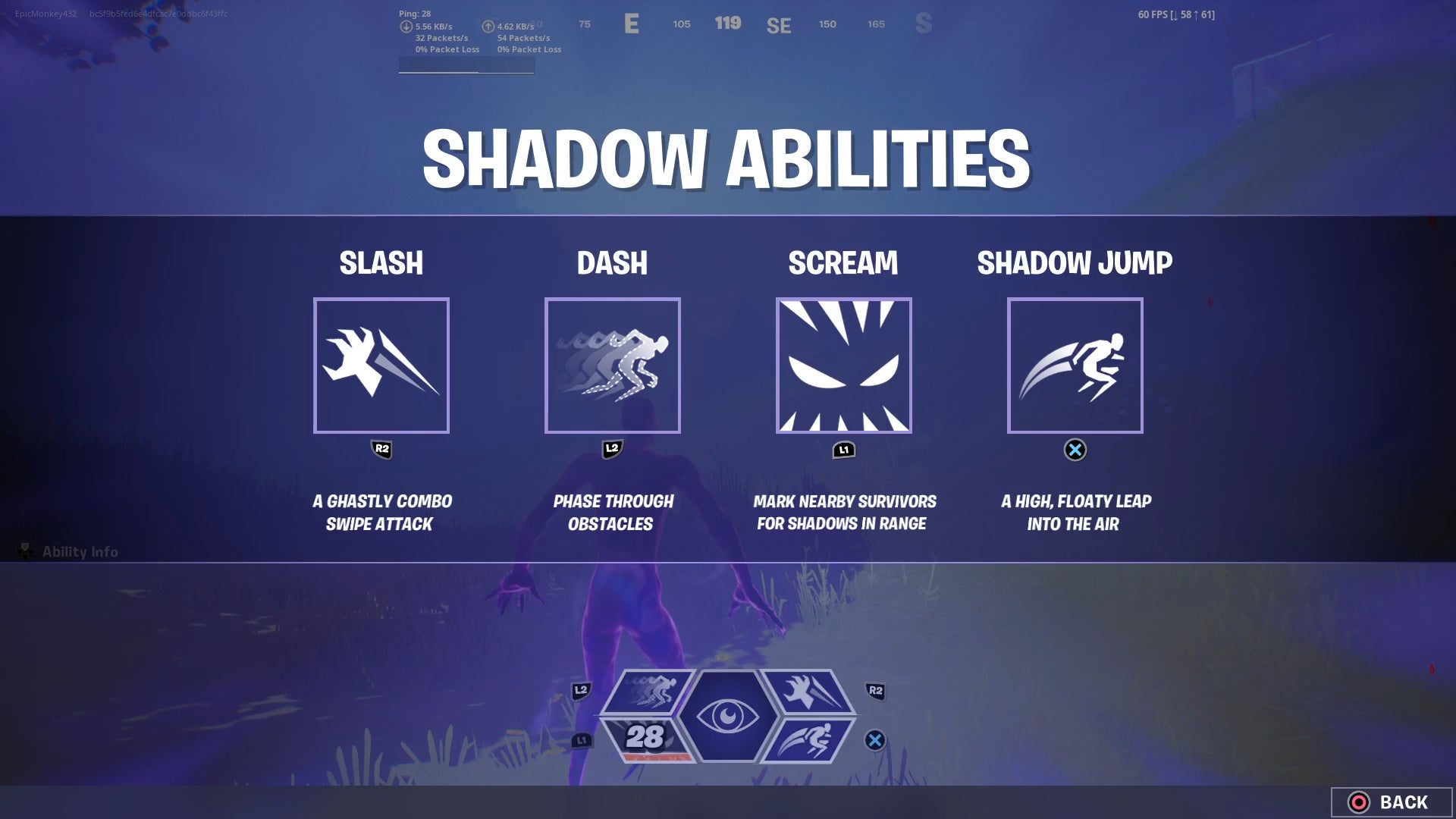 Claiming what was once The Agency, Shadow Midas and his group of Henchmen now call The Ruins home. In order to eliminate Shadow Midas, make your way towards The Ruins, which can be found in the middle of the map. Once you reach the building, head inside and continue to the bottom floor, where you will most likely find Midas.

Shadow Midas has plenty of health, so you’ll want to use the crates, pillars, or building materials to block his incoming attacks. During our experience, we found that Midas was quite simple to eliminate, especially when using powerful weapons such as the Combat Shotgun, Assault Rifle, and SMG. For those wanting to get into the Halloween spirit, you’ll even find that a Pumpkin Launcher will do the job just fine. Along with receiving XP for completing the challenge, you will also obtain Shadow Midas’ Drum Gun. 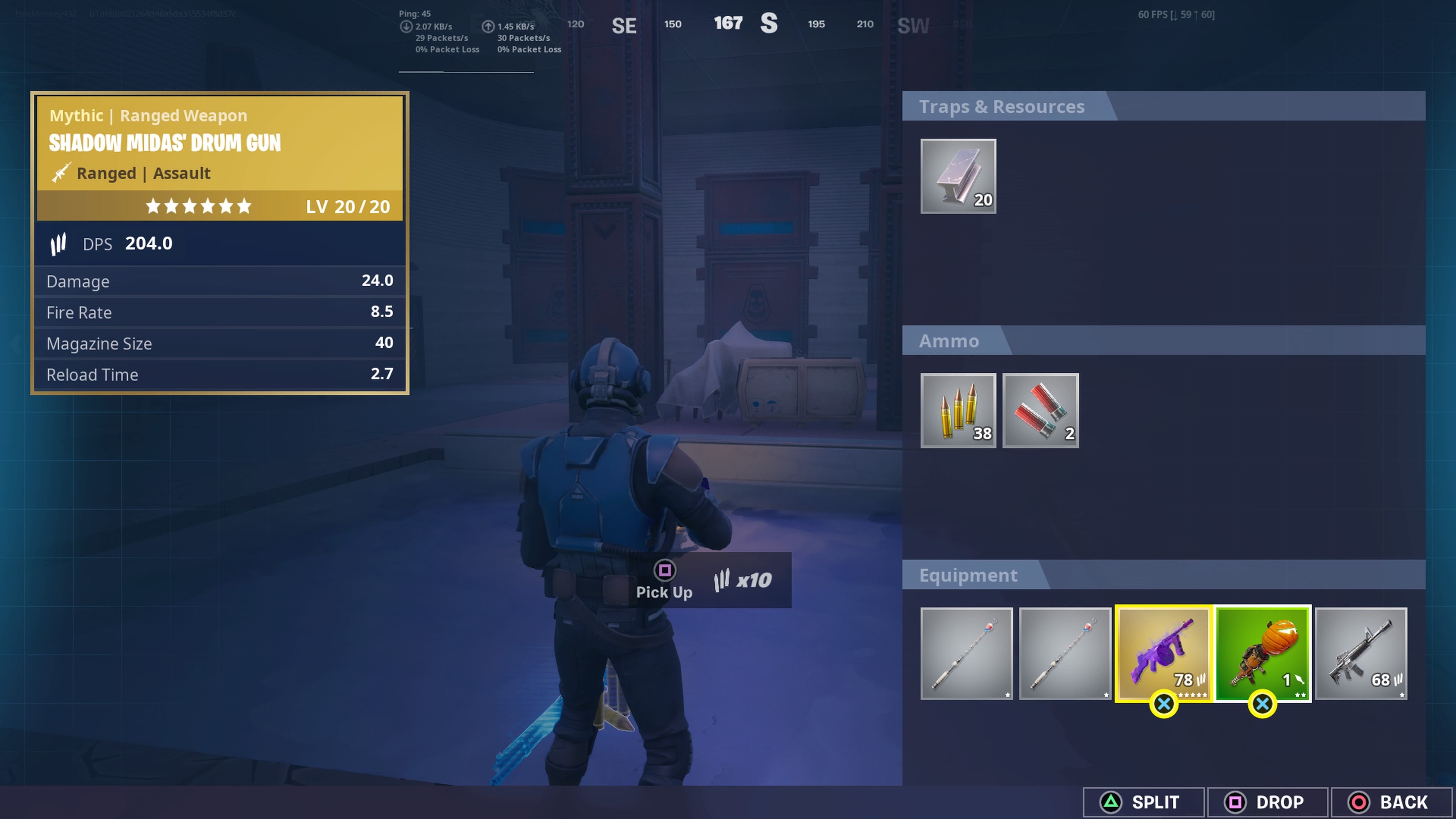 As this challenge has been rumored to become available in the coming days, The Ruins will undoubtedly become an incredibly populated area, making the task of eliminating Shadow Midas quite challenging. If you find that you are struggling with the battle, try practicing in the Battle Labs Game Mode.

Wed Oct 21 , 2020
So how much longer before the sequel gets the official greenlight? Source link