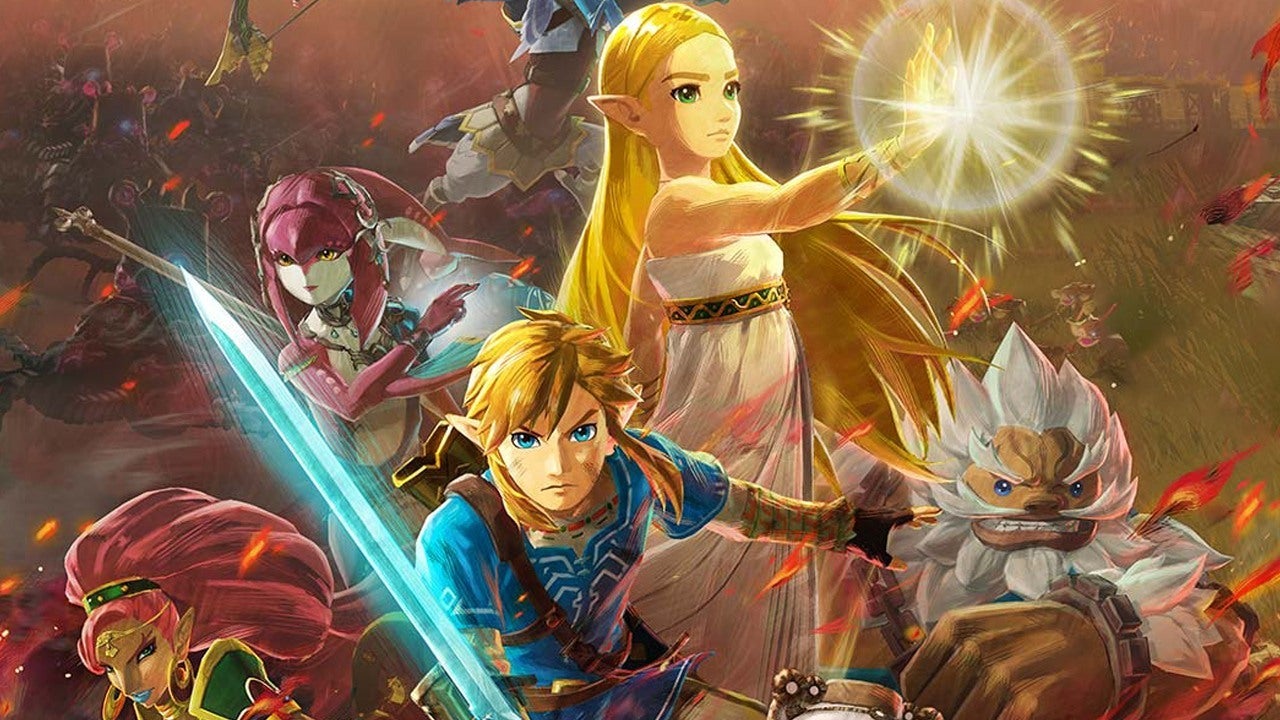 Nintendo has announced Hyrule Warriors: Age of Calamity, a new game set 100 years before The Legend of Zelda: Breath of the Wild, and it will be released on Switch on November 20, 2020.

Hyrule Warriors: Age of Calamity will allow players to learn more about Zelda, the four Champions – Mipha, Revali, Urbosa, and Daruk – the King of Hyrule, and more through “dramatic cutscenes as they try to save the kingdom from Calamity.”

This new game, which is being developed by Koei Tecmo and will let players experience the Great Calamity referenced in Breath of the Wild for themselves, will have “Link, Zelda, and more use their distinct abilities” to take down everything from “barbaric Bokoblins to towering Lynels.”

In addition to Hyrule Warriors: Age of Calamity supporting local, 2-player co-op, it will also challenge players to solve environmental puzzles, unlock weapons and skills, craft with gathered materials, visit shops to obtain items, and use the power of the Sheikah Slate.

If you choose to pre-order Hyrule Warriors: Age of Calamity, you will receive the Lucky Ladle as an in-game bonus weapon for Link.

in 2014, Nintendo released the original Hyrule Warriors, a Musou-style game similar to the Dynasty Warriors franchise, and it featured many characters and enemies from the long history of The Legend of Zelda series. It was released on Switch in 2018 and, in our review of Hyrule Warriors, we said it “Surprisingly, Hyrule Warriors does a good job of tying together the combat of Dynasty Warriors and the revered characters and lore of the Legend of Zelda series in a way that makes me feel powerful in a world I love. Character customization adds unique flavor to the simple combat, and the satisfying weapons, rewards, and story make it a fun alternative to the typically serious Zelda games.”

Eiji Aonuma, producer on the Legend of Zelda series, did mention that fans looking for new updates on Breath of the Wild 2 will have to “wait a bit longer,” so hopefully this new experience will make that wait a little easier.

Apparently They Didn’t All Get Deleted, Because Someone Found Cats’ Infamous Buttholes