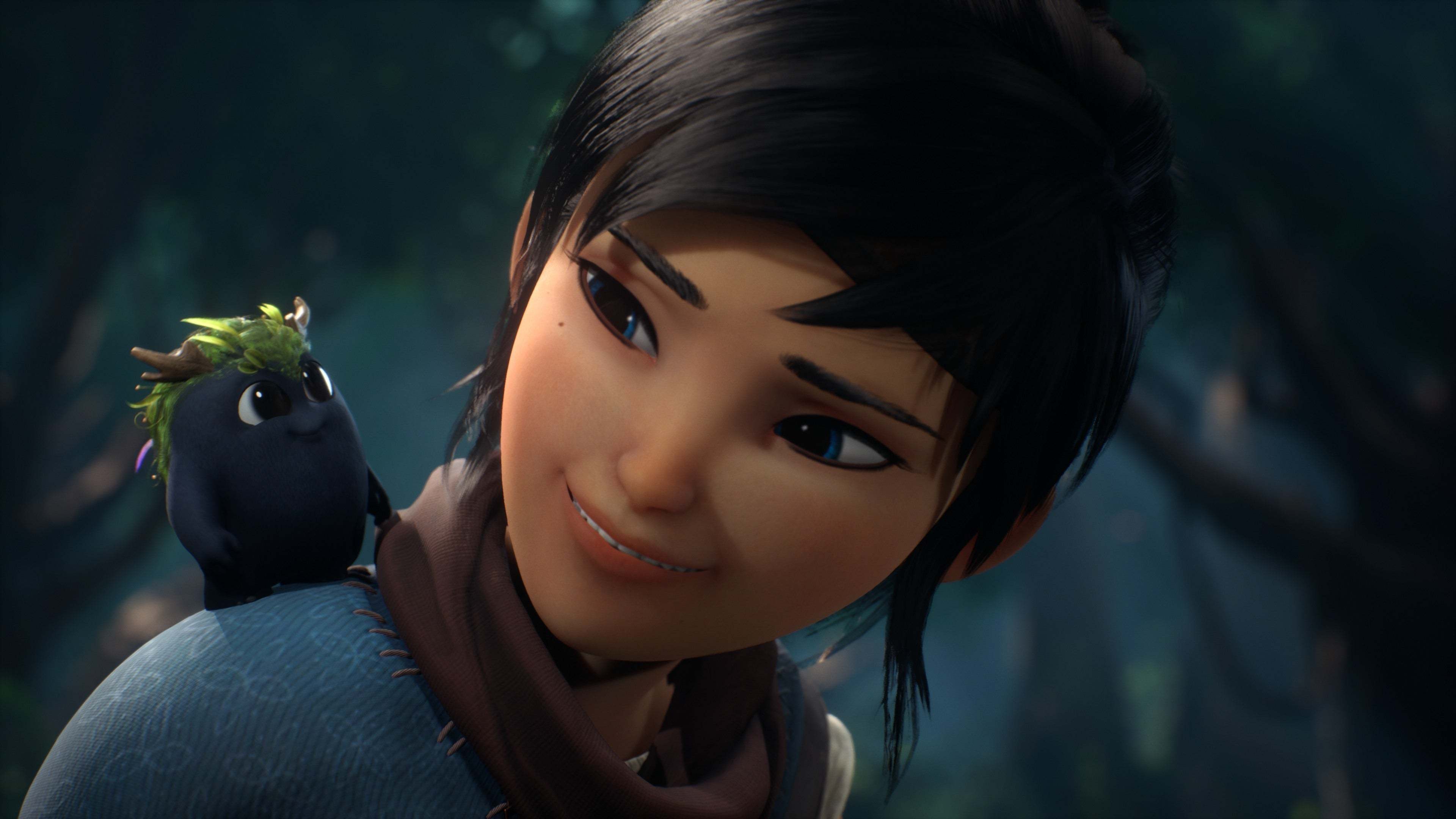 Game Informer answered some burning questions about Kena: Bridge of Spirits, including advantages to playing on PS5, game length, inspirations for the game, and more.

As you’d probably expect, there are visual differences between the PS5 and PS4 versions. More characters and visual elements appear on screen on the next-gen version, and forests and foliage will be denser on PS5. Ember Lab says Kena: Bridge of Spirits was built in Unreal 4.

Gameplay-wise, Kena: Bridge of Spirits is being described as a wide-linear experience, not an open world game. There will be a hub village players discover in-game, which is a jumping off point to go explore other environments. As for combat, Kena can use a light, heavy, and charged attack with her staff, and upgrade it to turn it into a bow.

The little creatures seen in the trailer are known as the Rot, and Kena can find them as she travels through the world. Besides having an important role in the story, the Rot serve a purpose in the gameplay as well. Kena can direct the Rot to help her solve puzzles and maneuver through the world.

Game Informer says if you felt some 3D Zelda vibes from the reveal trailer, you’re not too far off. There is definitely inspiration from the 3D Zelda games, which isn’t surprising given that Ember Lab is known for a Majora’s Mask video sitting at almost 10 million views on YouTube.

Kena: Bridge of Spirits doesn’t have a release date yet, Ember Lab says you can expect it to release within the next few months. The game will not cost a full $60, and Ember Lab says you will be able to comfortably finish its story over a weekend. Additionally, it will not include microtransactions. It’s coming to PS5, PS4, and PC via the Epic Games Store.

For more, check out every PlayStation exclusive from Sony’s PS5 event.