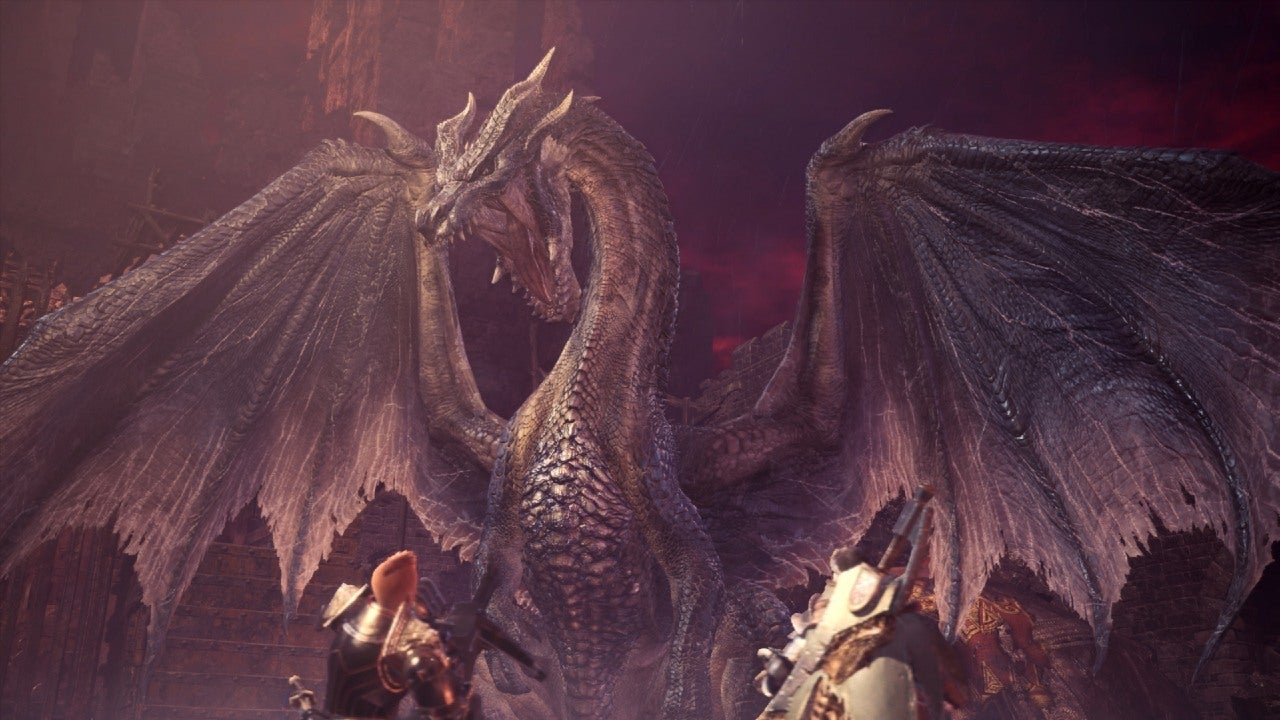 This final update will arrive on October 1, 2020, and Fatalis will be able to be taken on once players finish the story of Iceborne and complete the Alatreon investigation.

This isn’t a simple fight add-on, as it features story content with new characters like the General from the Guild itself and returning faces like the Excitable A-Lister.

Once in battle, hunters will be able to take advantage of the Dragonator, cannons, and ballistae to take down this legendary foe who made his first appearance in the original Monster Hunter for PS2 in 2004.

When Fatalis is defeated, players will obviously be able to craft weapon and armor from its materials, but it’s the Palico Equipment that may be the star of the show.

The Fatalis Set α+ turns your trusted Palico companion into a mini-Fatalis that has a little hunter doll clutched in its claws that it uses for a weapon.

This update will also add the arch-tempered Velkhana, a Clutch Claw Boost skill which will allow players to wound monsters easier, and more.