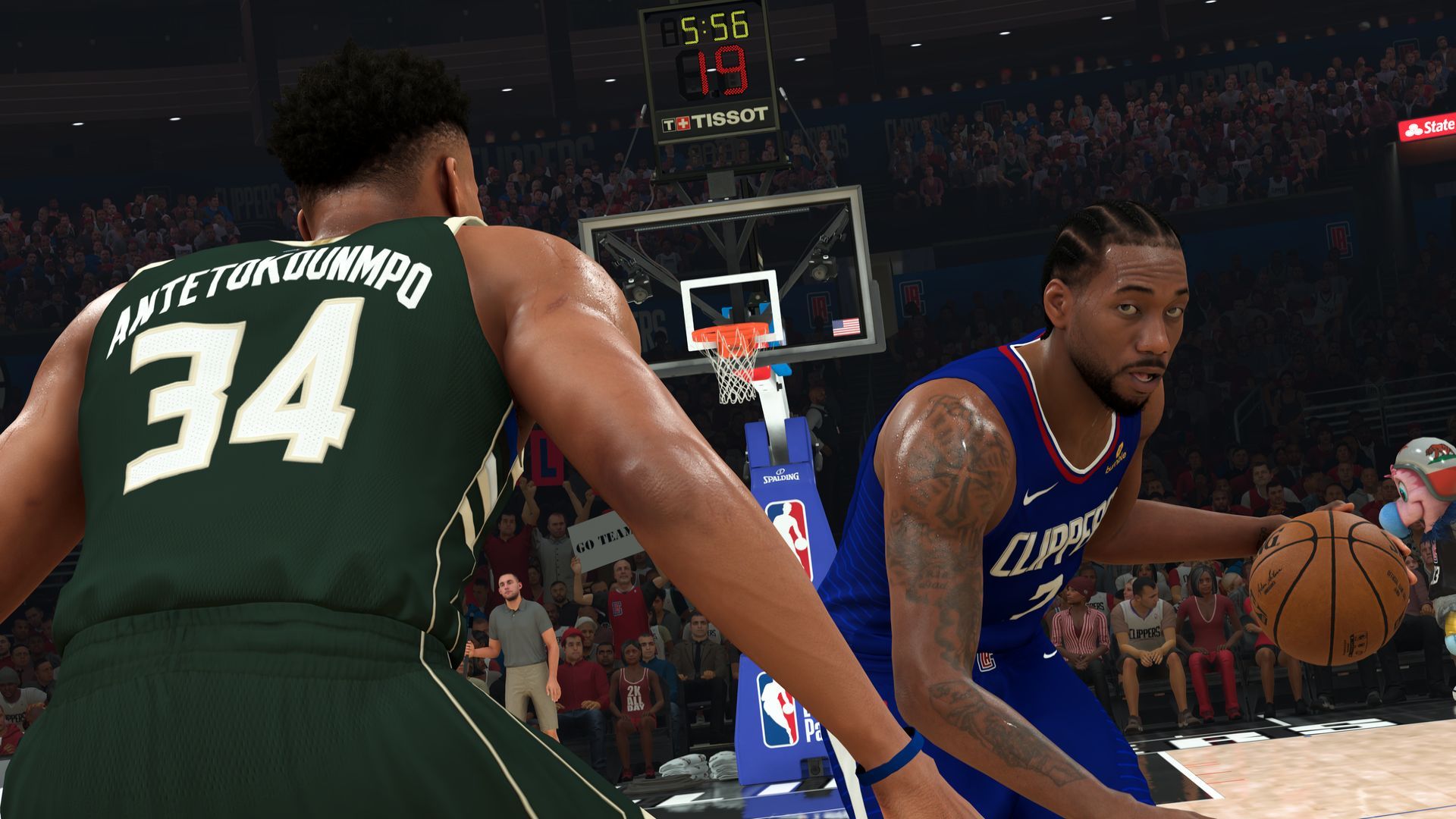 The next-gen versions of NBA 2K21 on PlayStation 5 and Xbox Series X will feature next-gen AI and new MyPlayer customization.

The next-gen versions of NBA 2K21 are set to launch on November 10 and November 12 on Xbox Series X and PS5, respectively, and 2K has released a slew of details today about AI and MyPlayer customization. In terms of customization, 2K has reworked how stats are presented, how badges work, and how the Takeover system applies to players in the game.

“The next-gen player builder is all about customization,” a blog post from 2K reads. “We’ve taken in a lot of feedback from the community over the past few years as we’ve evolved the MyPLAYER building experience. One thing that we heard loud and clear from you is that you want more options.”

2K says that preset skill breakdown pie charts are a thing of the past and that players will instead be given control over setting each individual rating to the cap they prefer. There will still be restrictions based on in-game player vitals so players won’t be able to max out every skill, but 2K says there’s more control than before to make your character exactly who you want them to be.

Badges have been reworked for next-gen NBA 2K21 as well. Many fan-favorites will return, but 2K says that most have undergone significant functionality changes.

“There are also some new ones, some revived ones, and some removed ones,” according to the blog post. “The badge point system and equipping process is similar to what you’ve grown accustomed to: perform well in the various categories (Finishing, Shooting, Playmaking, Defense/Rebounding) in any mode to earn badge points, and then apply those points to whatever badges you want within those related categories.”

You can read an even more detailed breakdown about badges in the blog post for additional information about the changes to this system. The last aspect of the new next-gen MyPlayer customization, Takeover, has been “taken to the next level for next gen,” according to 2K. Instead of limiting players to eight general archetype-based takeovers, 2K says it’s broken up those eight takeovers into 24 more-specific abilities. The blog post has a list of all 24 abilities if you’re interested in what those are.

On the AI side of things, 2K says next-gen represented an opportunity to reset a lot of areas of gameplay.

“This was especially true when it came to artificial intelligence,” according to 2K. “Some of these items are immediately noticeable and some are more nuanced for the hardcore X’s and O’s hoop heads. But one thing’s for certain, NBA 2K21 continues to lead the way in accurately modeling its respective sport better than anyone else out there. That’s something we pride ourselves in and know that the true students of the game appreciate about the franchise.”

Speaking to AI defense, an update to on-ball, off-ball, and auto-switching logic has been made and 2K says players can expect to see fewer cases of AI calling for a switch without a screen. The Adaptive Coaching Engine also has the ability to recognize and adapt to different types of off-ball actions now and CPU defenders have improved logic. The Hedge defensive system has been overhauled as well and players can now call for help on defense by holding L1/LB instead of just calling for a double team.

In terms of AI offense, 2K has implemented “next gen game planning” that includes new offensive game plans so that players can pick a single option and get straight into the action. Double team counter intelligence has also been improved as has the end-of-game logic. Favorite plays return and can now be used to set up a group of plays for starting units and bench units. The play and freelance offensive flow has been improved, AI players have been improved to prevent out-of-bounds positioning, and new pick-and-roll spacing has been implemented with plans for continued improvement to the system in the future.

Check out our current-gen NBA 2K21 review while waiting for the next-gen versions to launch next month and then read about how the PS5’s DualSense will simulate how tired players are in-game.

Wait, Could The MCU Be Tying Scarlet Witch Closer To The X-Men?