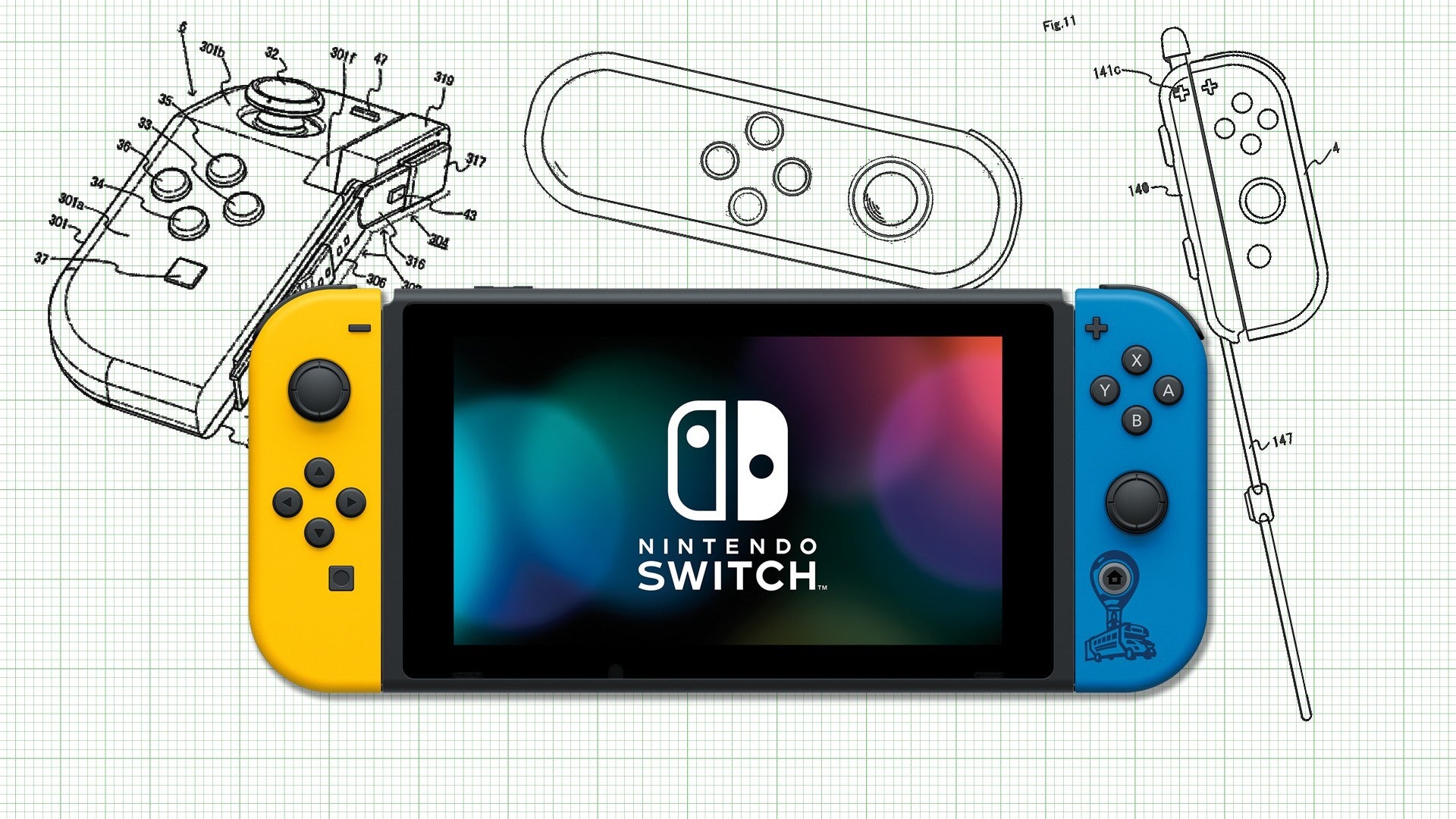 When Nintendo Switch was first announced, the Internet immediately began speculating on how its detachable Joy-Con controllers could be experimented with, many imagining that different configurations and game-specific designs could be created, mixed and marched. Cut to a few years later and, besides a range of colour choices and some NES-style controllers, Nintendo’s yet to release a dramatically different take on the Joy-Con.

But that’s not to say the developer hasn’t been thinking about them. Over the years, we’ve repeatedly seen Nintendo patents for new Joy-Con designs surface, showing the company toying with ideas around shape, button placement, peripherals, and even entirely separate designs for the Switch controllers.

Below, we’ve rounded up every Nintendo Joy-Con patent we’ve spotted so far (and we’ll update this story as and when more emerge):

Filed in 2018 and registered internationally in 2020, this patent appears to show a Joy-Con that ditches the rail design altogether, showing a controller that’s designed to be entirely separate from the Switch console.

With what seems to be a more ergonomic design, it may have been envisioned as a complementary product for the Switch Lite – which features built-in controls – to allow for multiplayer play. Others have suggested that it could be released alongside the rumoured Switch upgrade in 2021.

Applied for in 2018 and published in 2019, this patent reimagines the existing Joy-Con design with a bend around a third of the way down. It may be that the controller is hinged, allowing the top part of the controller to be bent backwards, or permanently in the crooked shape. The patent shows a rail design that allows it to be attached neatly to the base Swtch model.

This is presumably an ergonomic change, designed to be more comfortable on the hand during longer or more intensive gaming sessions.

This is one of three patents filed ahead of the Switch’s release in 2016, all of which resemble the final Joy-Con design, but alter it in a fundamental way.

Perhaps the most striking is this wider Joy-Con design, which retains the button layout of the final design, but offers a lot more space around it. This could have been envisioned as a comfort solution for players with bigger hands.

The second of the three 2016 patents reimagines the Joy-Con in a couple of key ways. The first is that both left and right controllers feature a traditional D-Pad and a thumbstick (which appears recessed, looking more similar to the 3DS thumbstick than the Switch joystick).

The second is that all buttons are presented in a straight line, perhaps to make this design preferable when used on its side, rather than upright. It also lacks the plus, minus, home and screenshot buttons of the final Joy-Con design.

The final of the three 2016 patents looks initially similar to the release Joy-Con, but drops any joysticks, instead putting a D-Pad on both the left and right Joy-Con. This model also lacks plus, minus, home and screenshot buttons.

Likely an early take on what would become the Joy-Con design, this patent didn’t show controller elements sliding onto the base console, but had them plugging into or clipping onto the side.

An early clue to Nintendo’s plan for detachable controllers, this design also connected to other patents that showed a console able to use infra-red to read hand gestures to either side of it.

Originally published in 2014, this patent embraces the idea of detachable elements on a handheld console, but reduces them down to detachable sets of buttons or sticks that can be slotted into the base unit.

Perhaps an early part of the thinking around the Switch (then codenamed the NX), the modular elements include D-Pads, different button configurations, and joysticks. It would have allowed for a player to craft their own favoured design, or perhaps create a controller set-up on each side to allow for two players to play on one horizontal console.

More an attachement for the Joy-Con than a Joy-Con design itself, this 2019 patent shows a touch pen that can be slid onto the Joy-Con rail and used with the Switch touchscreen.

Available for both left- and right-handed use, the pen would work in tandem with the Joy-Con itself – for instance, drawing a line on the screen, then pressing a button to make that lines drawn thicker.

Why Ghostbusters: Afterlife’s Carrie Coon Was Initially Hesitant To Join The Film

Tue Sep 15 , 2020
There’s actually a good reason why you might want to avoid being in a Ghostbusters movie. Source link