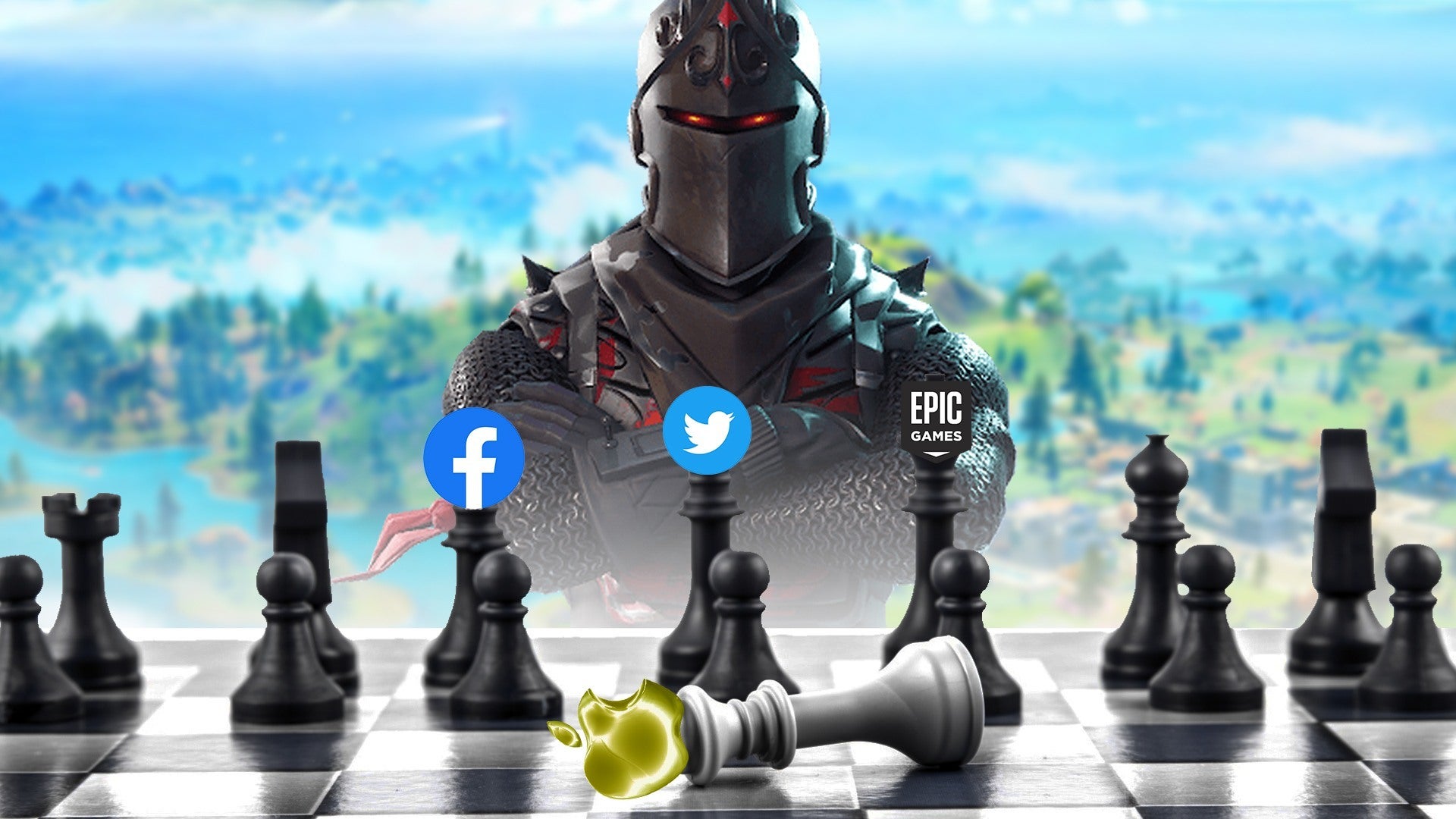 Five years ago, it seemed improbable that Fortnite would become the biggest game in the world. Epic’s cartoony third-person shooter has morphed over the years from a tower defense multiplayer game to a battle royale to a social platform that hosts blockbuster movies, forums on race relations, and major concerts. The title has transcended its humble beginnings and, paired with that exponential growth, has become large enough to act as its own lobbyist for Epic’s interests.

On August 13, Epic used Fortnite as a megaphone to essentially declare war on Apple and Google, two of the several hands in Epic’s pockets, and may have initiated a series of events that could massively change the way games are distributed. More impressively, however, they did it in such a way that all but ensures Epic wins (either legally or in the court of public opinion) regardless of what happens. The company has not only positioned themselves to massively benefit from this lawsuit, but have done so while ending up on the right side of gaming history, appearing as a champion for smaller developers disgruntled by these same policies but without billions of dollars to fight them, as Epic CEO Tim Sweeney argues in a tweet. [ignvideo url=”https://www.ign.com/videos/fortnite-1984-apple-parody-video-short”]

Shortly after the company provoked Apple with an end-run around the Cupertino giant’s payment systems and transactional fees, Apple took Fortnite off the iOS App Store. In response, Epic released a Fortnite-based parody of a famous 1984 Super Bowl commercial for Apple itself across their social media channels and within Fortnite itself. The Orwellian ad is well-known for establishing Apple as the dark horse rebelling against a capitalist and corporate machine demanding obedience, and was a bold and brash attack on tech giants of the time like IBM. Epic’s version, however, painted Apple in what was once IBM’s corner, providing little doubt about who or what was being impugned.

The time between Apple’s removal of Fortnite and the release of the video would barely have been enough for Epic’s marketing team to even export that video, much less concept, approve and create it, making Epic’s flagrant corporate trolling all the more obvious. There was nothing subtle about CEO Tim Sweeney’s opening salvo, it was merely a means to get the actual pieces on the board. Epic is choosing to weaponize fan outrage alongside its lawsuits against Apple and Google and appears to have been planning to do so for some time. For better or worse, Epic Games has realized that boring corporate litigation is much more effective when paired with buzzwords and hashtags, and has ensured themselves a public relations victory regardless of how things shake out legally. [poilib element=”quoteBox” parameters=”excerpt=A%20more%20apt%20allegory%20may%20be%20’Goliath%20VS%20Bigger%20Goliaths’.”] Right now, #FreeFortnite – which comes directly from Epic’s marketing team – is taking over social media. The Fortnite developer, which also owns the Unreal development engine used by hundreds of developers and is backed by major corporations like Tencent and Sony, has somehow taken on the role of David versus comparatively larger Goliaths, though a more apt allegory may be Goliath versus Bigger Goliaths. Whether or not Epic will win this argument against Apple and Google, allowing Fortnite and every other developer on the iOS and Android platforms to earn more from transactions on those platforms, is honestly kind of a moot point. Epic seems to primarily be hoping to set fire to the house and see what remains standing. Fortnite’s audience, made of different age groups (of which no small chunk are under 18), has taken to this cause on social media. The company packaged and promoted the dispute in a way that presents Apple and Google as unreasonable bad guys, stomping on Epic’s freedom in a way that seems antithetical to fair business practices. Moreover, Epic implying that these policies are what is preventing consumers from getting better prices manipulates Fortnite’s most passionate fans into enlisting as frontline soldiers in this war, even going as far as to link the App Store Twitter account in their blog post as an outlet for complaints and harassment. There is nothing illegal about it, and it may even be a clever strategy, but it’s a  Machiavellian move in an arena that should, at this point, be free of that. In 2020, there’s no room to claim ignorance on inciting online abuse, which Epic is agitating in favor of fashionable hashtags and multilayered videos. [widget path=”global/article/imagegallery” parameters=”albumSlug=how-much-does-each-major-retailer-take-from-a-games-sale&captions=true”] Lost in this billionaire slapfight, though, is the salient point that Epic is not actually wrong here. While its motivations could appear selfish, the 30% transaction policy has been unflinchingly standard across consoles, PC storefronts, and mobile devices for many years. Indie developers who see Apple and Google as imposing unnecessary taxation on their already meager earnings do not have the brand awareness or resources to upend the system on their own may be cheering on Epic in its efforts. Epic itself has long fought the 30% number by applying deep cuts to their percentages on Epic Game Store and Unreal Asset Store, with Sweeney explaining in a tweet that it provides “a super-competitive deal for partners while building an enduring and profitable store business for Epic”. By attacking it on mobile, they can begin to make the argument for inroads against Nintendo, Sony, and Microsoft for their own products as well. Regardless of whether Epic wins these lawsuits and successfully changes these terms of service or not, the Fortnite developer has loudly rung the bell about issues that concern a lot of game developers. Apple and Google have found themselves in a position that requires attention and response, while Epic has donned a cape “in defense of consumer and developer rights” – regardless of the company’s actual motivation. Perhaps more importantly, Epic made a public statement about their feelings on other parties sticking their hands in its till, and is utilizing their platform to make that message clear. Whether or not the games industry overall benefits from what Epic is currently doing is a little hard to predict right now, but there is no question that any effects it has will have reverberations for years to come. [poilib element=”accentDivider”] Imran Khan is a San Francisco-based writer and occasional cohost at Kinda Funny. You can find his other musings on Twitter.

Will Aquaman 2 Have Horror Elements? Here’s What James Wan Said

Sun Aug 16 , 2020
I don’t know about you, but I love my superhero movies with a little side of heart-pounding terror. Source link