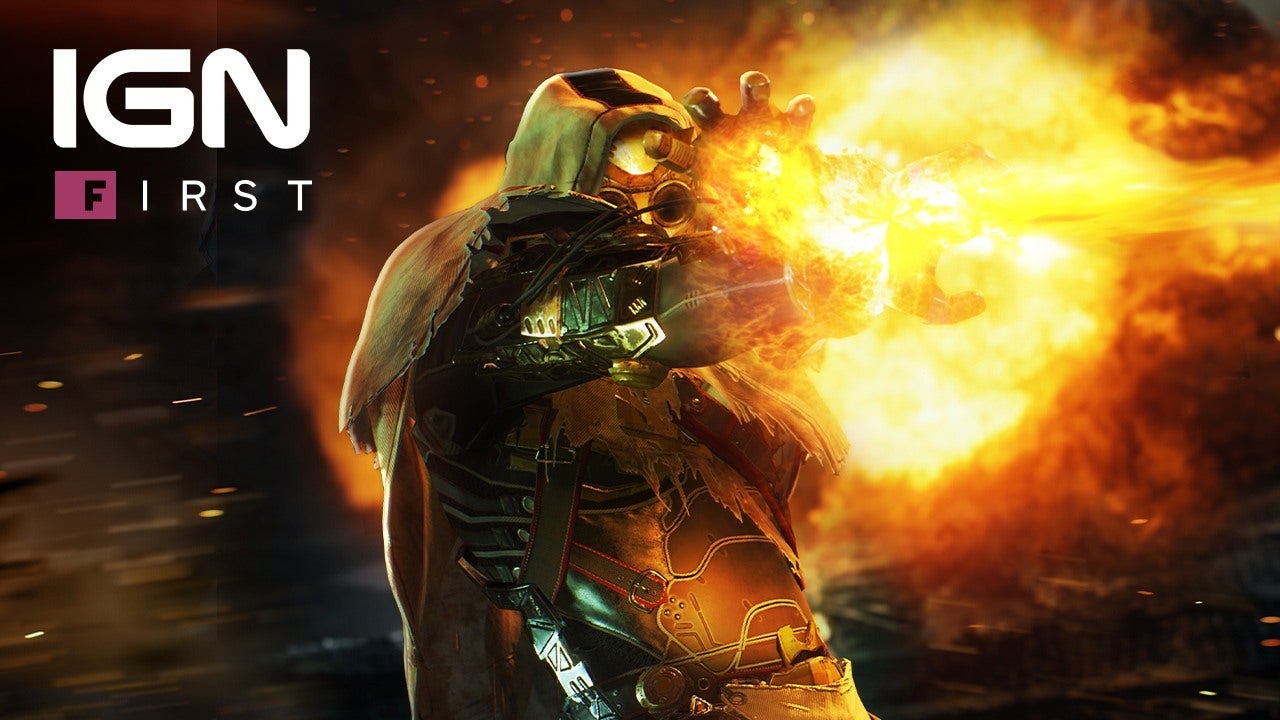 Skill modifications are set to be a hugely important part of Outriders’ combat. They don’t just offer another layer of customisation; they can also provide fascinating abilities to build an entire character around.

Unlike in traditional shooters, modifications in Outriders are not scopes, silencers, or larger magazines. Developer People Can Fly wants mods to be something players use as the basis for powerful combinations, rather than numerical stat boosts like increased rate-of-fire. While mods are applied to weapons and armour, they’re not tangible components, but abstract power-ups that closer resemble Diablo’s Skill Runes than The Division’s upgrades.

As an example, lead game designer Piotr Nowakowski describes to me one of Outriders’ area-of-effect mods. “There is a Winter Blast mod that, when I crit the enemy, makes it that all enemies around them are frozen,” he says. “I really like to play with that mod because I can follow it with a different mod that boosts the damage against frozen enemies. I like to combine that with Icebreaker, where every frozen enemy killed triggers an explosion. So if I do all that correctly in a big group of enemies, it starts a chain process.”

But there’s more to mods than just adding effects to skills; some can even provide a taste of another class entirely. “There is a mod where, when you kill an enemy, a Golem [a suit of rock armour] is put on you, even if you are not the Devastator,” reveals Nowakowski.

Talking of Golems, there is another mod that can make bullets that strike the armour ricochet off and strike enemies, which turns this defensive skill into an offensive one. The breadth of mod designs seems admirably broad.

But how do you access these powerful upgrades? Much like in games like Destiny, higher-tier weapons and armour come with mods already applied. Finding a mod for the first time applies it to a ‘book’, which allows you to then apply it to any slottable equipment via a crafting vendor. Because mods are not physical items, you can apply them multiple times over, provided you have the raw materials required for the craft process.

The crafting system means that experimenting with mods comes at a cost, unlike making changes to active abilities and the class skill tree, which can be reset and reassigned for free as many times as the player wants. “We wanted to have one aspect of the build that needs some farming and some decision making,” says Nowakowski. “We decided the mods were the best place for this.”

Mods are the third layer of what is increasingly obviously Outriders’ strongest asset: its character building tools. Combined with the active abilities and class skill trees, they allow a seemingly colossal level of customisation that I foresee becoming a tinkering obsession for its future players. But while the skill trees offer the broadest and most freeform approach to that tinkering, stat boosts aren’t quite as exciting as turning enemies into ice statues and then making them explode. Mods could well be as alluring as weapons in Outriders’ miserable future.

Thu Aug 27 , 2020
The new normal at Disneyland and Walt Disney World will likely include some of the changes caused by the pandemic. Source link