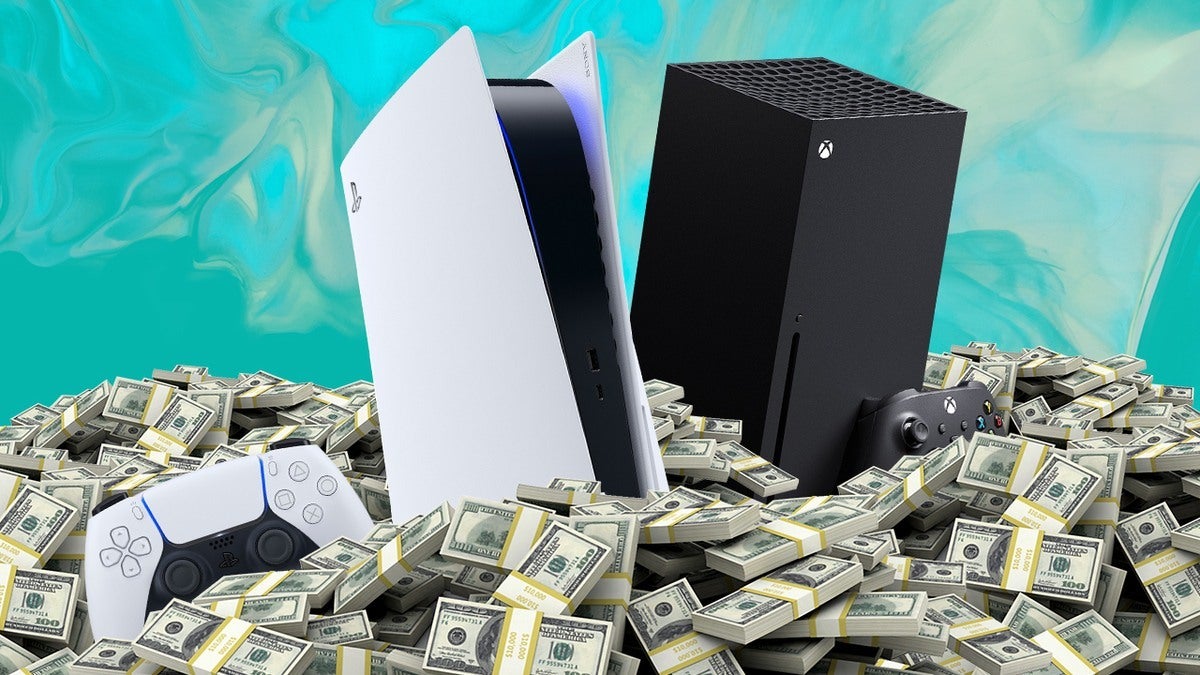 Sony finally — finally — announced the PlayStation 5 price and release date during its latest PS5 event, and sure, the pre-order situation is a little muddy, but in terms of cost it’s just about the best-case scenario interested buyers could have reasonably hoped for.

And the price points are not only largely fair compared to the competition, they’re also smartly competitive, and a clear indicator that even as Microsoft’s console philosophy has shifted, Sony is still in it to dominate the sales charts.

PS5’s standard edition costs $499, and the PS5 digital edition is $399. Other than the absence of a disc drive (and thus the console’s reduced weight and size), both systems have functionally the same specs — same SSD, same storage space, and all the same 3D audio and ray tracing bells and whistles Sony has been promising.

That not only puts the PS5’s more expensive option and Xbox Series X at the same price point, but means you can buy the PS5 Digital Edition for $100 cheaper than the competition. Yes, the Series X is more powerful, and there are still plenty of incentives to buy an Xbox – Game Pass, more robust backward compatibility, and Xbox’s Play Anywhere initiative all make the Xbox Series X a great platform. But as an argument to buy a next-gen system to play next-gen games, Sony has made the PS5 pretty hard to pass up, so long as you don’t mind giving up discs.

Sony’s big play is the PS5 Digital Edition, which essentially offers Sony’s topline hardware for $100 less than Xbox’s top-of-the-line Series X. Discussions of raw horsepower aside, Sony is making the argument that you can get a comparable experience for less than the competition with the PS5.

And it really benefits Sony for you to want to pick up the Digital Edition. Sure, even if Sony loses any money on the cost of the box itself, the Digital Edition locks you into Sony’s purchasing ecosystem. Outside of the occasional digital code you may get on Amazon, Digital players will be buying all their PS5 games from Sony directly, and can never trade in those games to a third-party retailer. The PlayStation Network Store is effectively the only shopping option, and that means Sony gets a much larger, more consistent cut of every game you buy. Even if Sony makes less money from you on day one, they’ll get a more consistent share of every game you buy from them, rather than having to share the profits with retailers and shipping.

The big question on a lot of people’s minds is probably “What’s the best value between the Xbox Series X, S, and PS5?” And while it may make sense to compare the Xbox Series S and PS5 Digital Edition – since they are their company’s respective cheaper versions – the Series S is, in my view, a totally different value proposition than the PS5 or Series X. Despite the seemingly meager $100 difference, the two are vastly different consoles.

Sure they both lack a disc drive, but with its lower specs the Series S seems designed for a more casual audience who may not have 4K TVs, or even a secondary console for those who want to “cover their bases” when it comes to exclusives. It’s better, in my mind, to think of the Xbox Series S as “Next-Gen Light”:it’s undeniably a great option for players who may not be ready or able to lay down $400-500 dollars for a new system, and the lower price – even with a monthly subscription free for the added benefits of Game Pass – is undoubtedly the best deal to get in on next-gen.

Of course, Sony isn’t going to market the console as a boon to their bottom dollar, and if the frantic scramble to preorder PS5’s after the reveal event proves anything, it’s that the Digital Edition is seemingly far more scarce – and that makes sense. Not only is it a cheaper option, but any retail store – which thrive on selling physical games and accessories rather than consoles – probably doesn’t want to sell a box that hastens their irrelevance. But for Sony, it’s all upside. Players get a console with the same processing power for cheaper, and Sony, for the entire generation, has you viewing them as a one-stop shop for games. And if the Digital Edition remains as scarce as it seems, it would be easy to see some consumers get so wrapped up in the hype and frantic pace of the preorder process that they might just buy the more expensive option if it’s available.

The latest PS5 showcase gave us a better understanding of what PS5 owners will be able to play on day one, and…it’s looking a lot stronger than Xbox Series X and S this holiday.

First of all, yes, it’s undeniable to say that Sony announcing Marvel’s Spider-Man: Miles Morales is also coming to PS4 offers one less huge incentive to buy a PS5 on day one, alongside other upcoming games like Horizon Forbidden West. For Sony to spend most of 2020 saying it “believes in generations” rather than Microsoft’s more blurred line and then make these announcements, it knocks a bit of the wind out of the sales of why you should buy a PS5 this fall.

That said, the console will have a decent amount of console and console-family exclusives, including Demon’s Souls, Destruction Allstars, Sackboy: A Big Adventure, and Astro’s Playground on the first-party front, plus third-party console exclusives like Godfall and a host of PS4/PS5 console exclusives from the indie realm like Bugsnax and The Pathless in the nebulous “Holiday 2020” window. And that’s not counting Sony’s biggest play — between the two PS5 showcases, Sony gave players the hard sell on long-term ownership. With exclusives like God of War, Ratchet and Clank: Rift Apart, Final Fantasy XVI, and more, Sony clearly made a case for why the next couple of years are a going to be great time to own a PS5.

Of course, there is the big question of power — the Series X is the more powerful console, and theoretically games will run and look better on it. Players looking to buy the beefiest console (until the inevitable PS5 Pro and Xbox Series X-2?), Xbox is currently the way to go. But we’ve yet to see any direct performance comparisons and so, at least for launch when so many third-party games are also having to consider current-gen versions too, it’s a safe bet to assume that the PS5 and Xbox Series X versions of cross-platform games will be comparable enough that PS5 players likely won’t miss out on much. That said, if raw power is your primary concern, it may be best to wait until we have some concrete examples and comparisons of how the two consoles stack up.

On the whole, Sony wisely let Microsoft show its whole hand first before laying out what it had to offer. It may feel like conspiracy theory-level thinking to Sony made major changes to its pricing plans because of where Microsoft landed with the Xbox series but by being the last ones to go, Sony could shore up a competitive pricing plan, and pivot its messaging to double down on what it offers that Microsoft doesn’t — two console options, one cheaper by a not insignificant margin, that offer the same on-screen experience. Whichever price point you might choose, Sony’s launch window and current year-one lineups do a great job of telling you what your initial investment will get you, and why they think it’s worth your money now and throughout 2021 – even if preordering is a pain in the ass.

Jonathon Dornbush is IGN’s Senior Editor, host of Podcast Beyond!, and PlayStation lead. Talk to him on Twitter @jmdornbush.

10 Super Controversial Movies That Have Come Out, Including Netflix's Cuties

Fri Sep 18 , 2020
Cuties is certainly controversial, but it’s certainly not the first film to cause an uproar. Here are some more films that have gotten people up in arms. How many of these have you seen? Source link