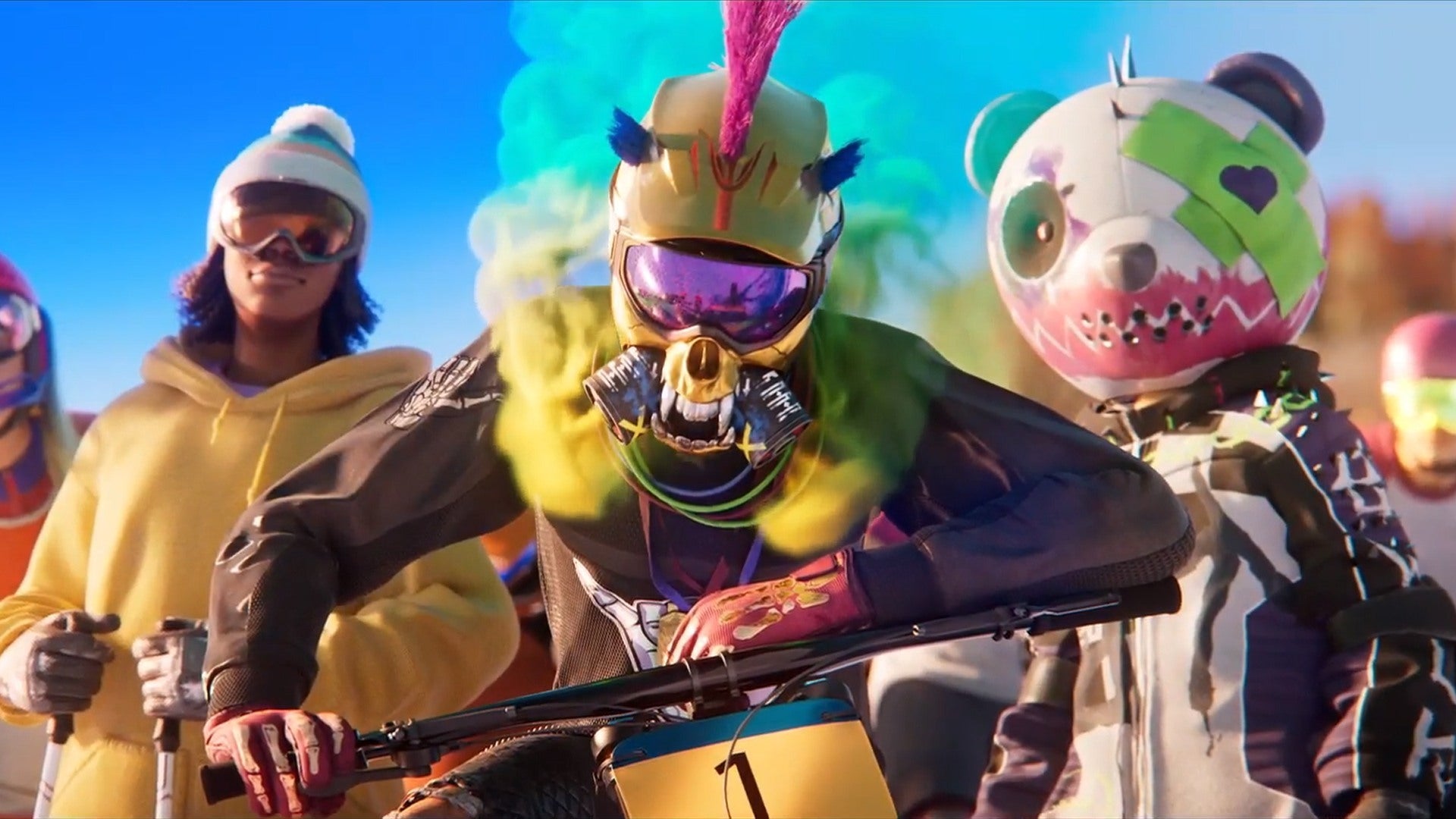 “All of the 7 parks we are featuring in the world are seamlessly connected to each other, there is no frontier of some sort. You can move from one to another seamlessly using any of the sports or vehicles featured. It’s a true open-world that you are totally free to explore at your own pace and your own way. And each of the 7 parks has a unique flavor, travelling the world freely across such varied places creates some awe-inspiring moments.

Each sport will feature a separate career path (with real-life sports brand sponsors to be signed by along the way) and separate progression, with gear unlocked for your customisable avatar through each different activity. With a “light story” along the way, Ragot says, “For each career, you’ll have some important milestones to reach by completing events, like getting invited to participate in famous competitions, like UCI world cup events for bikes. But your goal is to qualify for the most iconic competition of each discipline, like the RedBull Rampage, or the XGames.

“Your ultimate objective is to qualify for the Riders Ridge Invitational, a never seen before multi-sport competition featuring all sports in one single event. Because yes, we can switch sports on the fly in the game.”

Alongside (and tied into) its career mode, Riders Republic will offer 50+ player multiplayer, with PvP, ranked PvP and ‘Tricks Battle Arena’ modes, with the idea being that, wherever you are in the world, you’ll be surrounded by other players. While downhill races and freestyle events for biking and snowboarding are fairly straightforward, Ragot went into more detail on the Tricks Battle Arena events:

“We are super excited about it, and there are intense team play sessions on it at the moment, we are eager for players to discover it! The rules are simple. It’s a 6v6 team game mode, in a special arena somewhere on the map. The goal is simple: the arena is filled with many opportunities to score trick points, like jumps, pipes and rails. All points you score contribute to your team’s global score. And the team with the highest score at the end wins. As I said: simple, right? But there is a twist! The map is organized in districts. If you perform a trick on one of the kickers, you capture it and it turns into the color of your team. If your team capture all the kickers of a district, you own it and you get a super score bonus for a while! That’s why teamplay is super critical to win in this mode.”

Of course, one sport in the line-up is a little less conventional than the rest, and I made sure to ask Ragot to explain how rocket wingsuiting features in the game (and how it’ll differ from conventional wingsuiting). He explained, “We created the rocket wingsuit as a really different and unique experience, complementary to wingsuit. It turns your rider into a kind of pocket plane, so you can expect high-speed flying and total control of your direction while diving down or flying up along slopes. With that you can imagine thrilling experiences like high speed flights across a forest or through rock holes that you’ll find in some regions of the map. And we designed dedicated racing events for this sport. The capacity of the rocket wingsuit to fly up will also make it a perfect tool to free-roam around the world and reach remote destinations.”

Ubisoft won’t be drawn on a few points right now: it promises 60FPS play on next-gen, but hasn’t confirmed that for other platforms, it’s not clear if the game will use PS5’s haptic feedback or adaptive triggers, and a final total number of players in multiplayer has yet to be set, with ‘50+’ as close as we’re getting right now.

While not outwardly presented as a sequel, it’s clear that Riders Republic builds on the ideas of Steep, which we awarded a 7.9 review, calling it a “a fresh extreme sports journey through a huge map, slowed only by dull paragliding and a lack of progression.” Check out everything else announced at the September 2020 Ubisoft Forward.

John Boyega Has Slew Of Post-Star Wars Projects In The Works, Including Movie With Jamie Foxx

Thu Sep 10 , 2020
The Finn actor has quite the lineup of work following his time in a galaxy far, far away. Source link