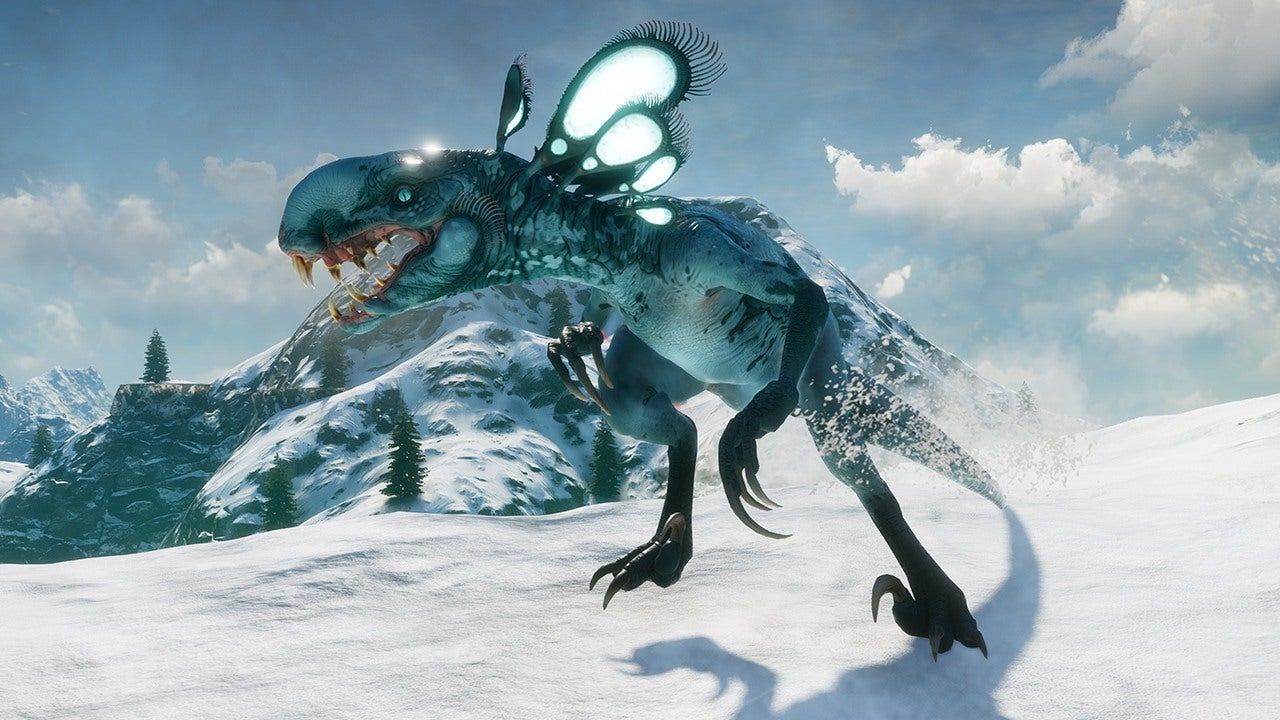 Second Extinction is Robert Muldoon’s dream game. Jurassic Park’s resident dino wrangler would probably love nothing more than to shoulder a heavy automatic weapon and go HAM on all of the dinosaurs who ate him. But I digress… Second Extinction, in fact, plays somewhat like a PvE Evolve with some Dino Crisis thrown in there to boot – it’s three of you on a giant map trying to accomplish a mission and extract safely from an Earth that’s been overrun by prehistoric beasts. But instead of another player controlling a giant, evolving monster, you and your two friends will battle literally hundreds of super dinosaurs who have zero intention of relinquishing control over the planet. It’s an arcade-y shooter akin to a popcorn film, meaning it’s a good time with friends that’s fun, but whose long-term viability remains to be seen.

I know that Evolve is a tainted word for a lot of people in the gaming community, but its gameplay itself was never the problem, and so I hope you’ll forgive the comparison. Like Evolve, you choose a character class, a loadout, and finally an insertion point into a particular region. You won’t know exactly where the mission objective is; you’ll only have a few points on the map that are suspected leads. And different areas have different threat levels, too, so choosing where to drop into this dino crisis is crucial; if you end up choosing poorly, you’ll have to traverse a whole lot of map – and shoot a whole bunch more angry dinosaurs – to get where you need to go.

And once you land on the surface, it won’t be long before the action starts. The large, evil lizards will come from all directions. Each class has a primary weapon and a secondary, and ammo is scarce. Or at least, it was when I played as Rosy, the heavy who packs a giant minigun that chews through bullets. Thankfully, anyone in your party can call down equipment and/or ammo reinforcements at any time to restock not just your guns but your grenades and health kits too. You’ve each also got a special ability that’s on a cooldown. With Rosy, I chose an air strike, thinking it would be useful. And boy would I be proven right. But we’ll get to that.

But the real fun comes from the random encounters. You might come to a cave. Clear it out and there might be some extra rewards – rewards, by the way, which you’ll use towards weapon upgrades later for your next match. You might also run into a big angry T-rex along the way, who is only vulnerable in a glowing white sac under its neck. It takes a lot of time to kill, and that’s assuming all three players have (wisely) decided to stick together. The other, smaller dinosaurs don’t politely stop attacking while the T-rex runs rampant, of course, so you’ll have your hands full. But bringing that beast down – with the help of Rosy’s air strike ability – felt incredibly satisfying.

Second Extinction is heading into Early Access in October, and while it’s fun, it definitely still needs work. My biggest complaint so far is that bullets don’t really feel very impactful. You just point at the dinosaurs and hold the trigger down until the targeting reticle turns red (or, in the case of my minigun, the gun overheats). The enemies don’t convey much of a sense of damage being taken. I’m also a bit concerned about the long tail on this thing. Yes, you collect resources during matches that lead to upgrade tokens (which themselves can be rearranged to change your play style), but it remains to be seen if Second Extinction will be able to offer enough outside of its enjoyable core gameplay loop. Here’s hoping the development team at Systemic Reaction brings out its game’s fullest potential over time.

Tue Sep 8 , 2020
This is sort of becoming the battle of Fantastic Beasts vs. Aquaman 2. Source link