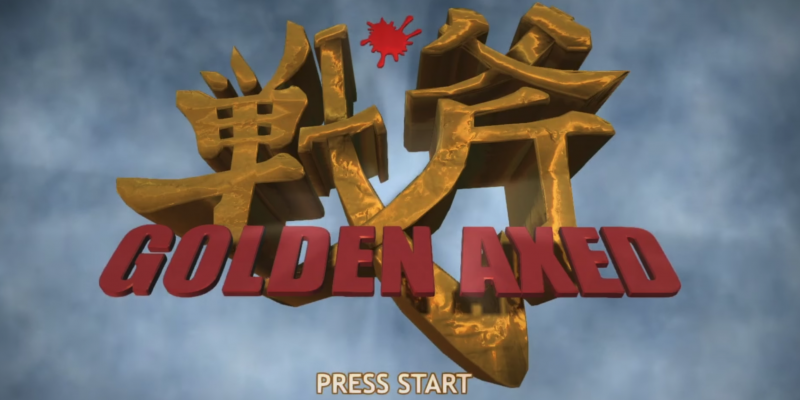 A Golden Axed prototype is set to release this month as part of a Sega anniversary celebration, but the development path for this game was reportedly a nightmare and one programmer did not pull any punches when talking about his experience.

Developer Tim Dawson took to Twitter in a massive thread to berate Sega for launching the game to begin with while sharing the reasons why the news drudged up memories of a difficult journey towards completion.

Dawson starts off his thread by saying that the news of its launch was a complete surprise to him and, from what he says, almost everyone that worked on this prototype. Crunch is not a gaming industry-specific toxicity, but it has been a topic of discussion much more in recent years, and a much needed conversation as more and more details come to light. With more people in and outside of the industry being made aware of the darker side of game development, many studios are making changes to how they approach work/life balance. That being said, there’s still so much we don’t know, and that’s exactly what Dawson details.

Like many instances of any sort of “crunch”, the problem often can be traced back to management. It’s a complex issue, so sometimes it is not as simple as that, but mismanagement was one of the points of contention that Dawson cites when reflecting back on his past experience with Sega.

this project was my personal nexus of nightmare hours, inept management, industry realisations and heroics achieved with a small team under unreasonable conditions, so it’s an odd feeling to see it surface eight years later without context, credits and with a joke title sequence pic.twitter.com/lBDVWegn3p

He continued, saying: “A producer we trusted asked us if we could make a ‘polished gameplay prototype’ for an internal Golden Axe pitch in about two weeks to land a second project. We agreed because we were assured management wanted us to develop it “our way” (ie another miracle please) but did mandate a darker, bloodier Golden Axe, with splatter and decapitations and two button combat.

“So we tried to combine all that with the spirit of the original game. This would have been a difficult line to walk at any time but we had two weeks and no time to iterate. So we made do, just really attacked the design knowing we wouldn’t be able to course correct much, but luckily we had a talented team of artists, animators, and sound designers.”

but the biggest gut punch came a week and a half in – combat was working, it was all on track! I was called for a meeting in the big room, so I put the latest build on the network and went to see what was up. All of management was sitting around the big table

I showed the game

I experienced a moment of clarity

I was ‘the guy who makes playable prototypes’, I had over delivered and if they didn’t want that, THEY had screwed up

Dawson then went on to add that in that moment of clarity, he realized he had been working 14-hour days and this was the day that he went home “on time.” He continued, saying “I lay on my bed staring at the ceiling. They didn’t want it. They wanted something else entirely. I came to my conclusion: they didn’t matter, I would continue doing exactly what I intended to do and try to deliver what [Sanatana Mishra] and I had planned in the beginning.”

I felt dead inside

Not just because of a couple of long 7 day work weeks and start of the RSI in my right arm that would go on to jeopardise development of @AndroidCactus , but because I had no trust left in the people who ran things

He ended his thread with a quote from the Steam page that mentions the game being “janky” and “buggy,” but with a positive spin. After quoting the Steam listing, his thread ended with a simple message to Sega, a message the company responded to: “Go f*ck yourself, parasites.”

A Sega spokesperson reached out to VideoGameChronicle saying:

“SEGA Europe reached out to former members of the Golden Axe: Reborn dev team to produce this prototype of the game for Steam as part of our 60th Anniversary celebrations. We wanted to bring the work of the developers at the time to light and celebrate it as a part of our history. Something we didn’t get the chance to do first time around.

“We certainly didn’t mean to dredge up painful memories for Mr. Dawson and his former colleagues or appear disrespectful. We’ve removed the line from the Steam copy that could have been taken as a slur on the development and would like to reassure everyone that it was intended as a comment on the build we had ported to PC, not the quality of the original work.

“We’re hoping lots of fans play the prototype and can appreciate the work he and his colleagues put into this developing this prototype.”

Sun Oct 18 , 2020
Star of Selling Sunset Chrishell Stause is looking forward to dating again once her another show, Dancing with the Stars, is over. The actress also revealed that hockey players have been sliding into her DMs, and “conversations have been started.” Many Chrishell fans would know that she was married to This Is […]