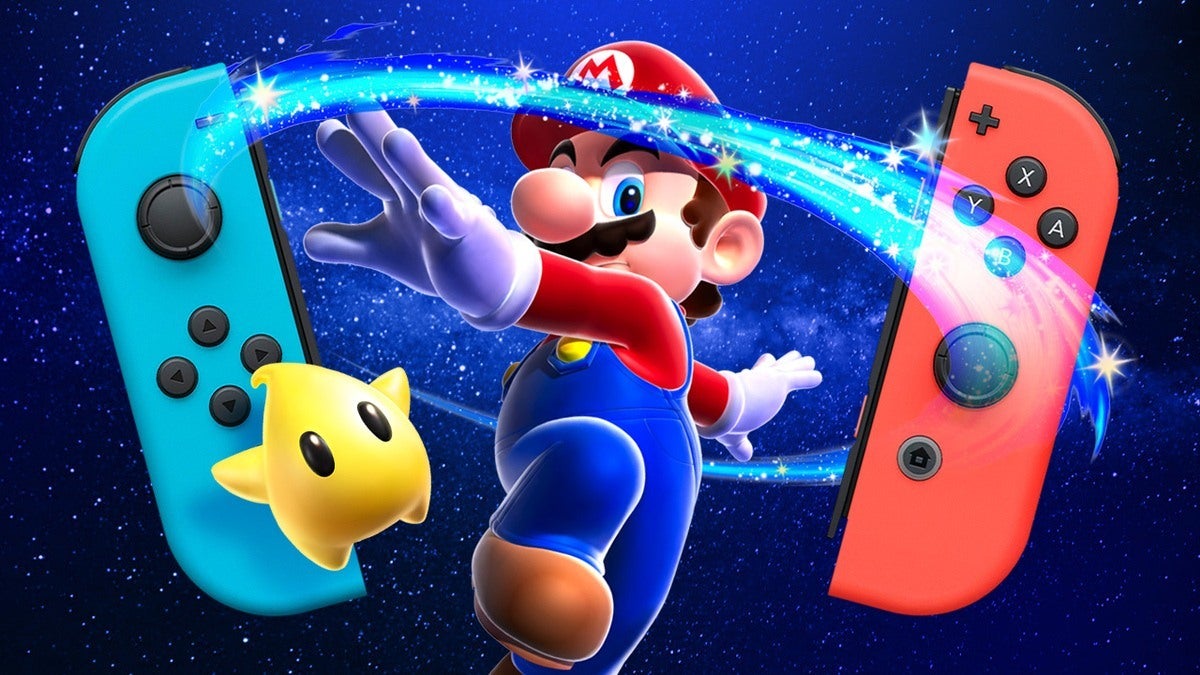 Of the three Mario 3D adventures featured in the Super Mario 3D All-Stars collection, Super Mario Galaxy is the one that feels the least like just a port and has been tweaked enough to actually feel like it belongs on the new console. When the collection was first unveiled, my first thought was, “Ok, how are motion controls going to work in Galaxy?” My immediate assumption was the game would only be playable using undocked Joy-Con, even going as far as making you play in tabletop mode on the Switch lite. I couldn’t be happier to be wrong.

Let’s start with Mario’s spin attack. To perform the move on Nintendo Wii, you had to shake the Wiimote – that was your only option. On the Nintendo Switch version, shaking the right Joy-Con does still make Mario spin, or you can simply press the Y button. Which of course translates to docked Joy-Con in handheld mode or even the Pro Controller. That’s right, no more wrist damage trying to get Mario to attack a goomba, or spring from a star. It all just happens now at the press of a button, thank goodness.

The spin move change is great and solving it with a button press is a no-brainer, but I was actually way more worried about how the pointer cursor would make the leap. You know, the thing that collects star bits, shoots the star bits at enemies, and even enables Mario to enter levels. Well luckily, controllers have evolved quite a bit since 2005. They don’t need a light bar to know where the thing is pointing anymore. So that’s basically it, by simply moving the right Joy-Con around, the cursor will track around on the screen, pretty darn accurately as well. If you’re using a Pro Controller, it’s the same deal, just move the entire controller around and the cursor will follow. If the cursor gets unruly, simply tap the right bumper to re-center it at any time.

The only time the motion controls deviate is when playing in handheld mode because it would require you to move the entire screen. Luckily, Nintendo thought of this as well and actually enabled touch controls to work within the game. Sliding your finger around the screen moves the cursor, you can tap to shoot star bits, and you can also touch the little warp stars when needed. You can even tap a star to enter a level if you really wanted to. Not only is this a great addition for super-accurate star bit shots, but it also makes the game feel like it was actually designed for the Nintendo Switch, and not just ported over with little to no additions. Of course, leaving your right Joy-Con to use touch controls could take a bit of getting used to, as it forces you to choose between moving your cursor and jumping.

And that’s it. I think it’s pretty safe to say that Super Mario Galaxy’s journey from the Nintendo Wii over to the Switch was not only an elegant one but has now given us the absolute definitive way to play one of Mario’s best 3D adventures.

[poilib element=”accentDivider”]
Mark Medina is an Editorial Producer at IGN. You can follow him on Twitter @Mark_Medina.