Super Mario 3D All-Stars is coming exclusively to Nintendo Switch on September 18 (see it on Amazon). It includes three classic 3D platformers that originally appeared on three different generations of Nintendo hardware. It has the 1996 Nintendo 64 classic Super Mario 64, the 2002 GameCube platformer Super Mario Sunshine, and the 2007 Wii game Super Mario Galaxy. The collection is up for preorder right now at all the major game retailers.

The visuals of each of the included games have been upgraded with higher resolutions, including a new 16:9 screen ratio for Super Mario Sunshine. The controls for Super Mario Galaxy have also been optimized so you can use two Joy-Con to do the things that required the Wii remote in the original. The game also comes with a music player mode that lets you browse through to the original soundtrack of each game.

Oddly enough, this is a limited-edition title. The physical version will available at retailers in a “limited run,” and the digital version will be available to purchase from the Nintendo eShop until the end of March 2021. After that, it will apparently be unavailable for purchase. Why? ¯_(ツ)_/¯ 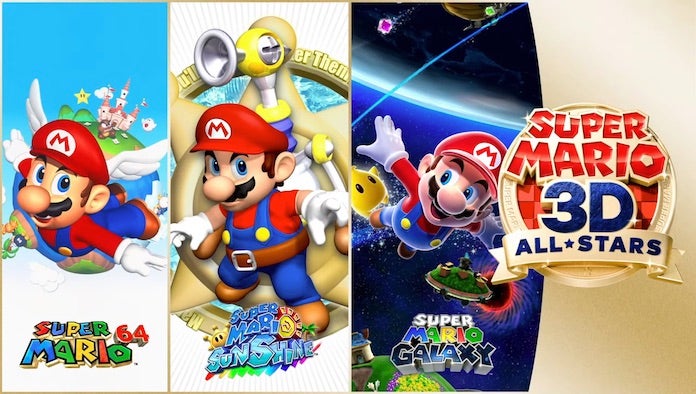 As usual with Nintendo games, Super Mario 3D All Stars is only coming out in a standard edition. No special editions or preorder bonuses have been announced, but we’ll add them here if anything new pops up in the future. In the meantime, if you do preorder the game, you can check out how to snag yourself a free pin set. 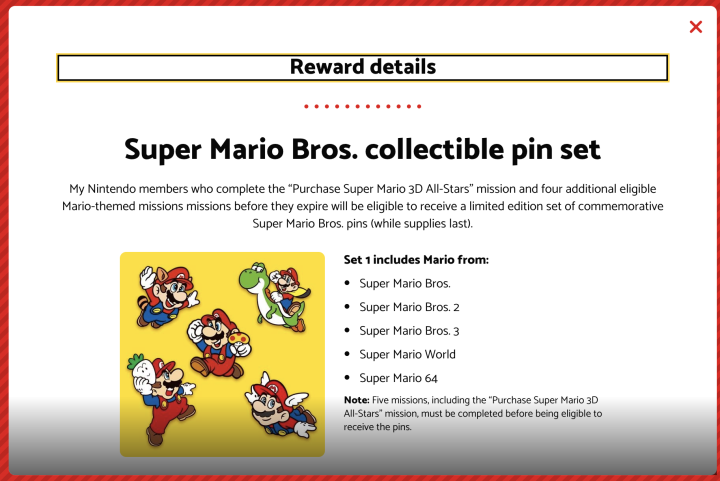 You can obtain a cool pin set just by pre-ordering Super Mario 3D All-Stars — and doing a few online “Missions.”