Movies and TV shows get remade all the time, but there’s something extra special about a video game remake. Being able to revisit a beloved video game of yesteryear with modern revamped graphics and mechanics is always exciting, especially because it often introduces classic series to brand new audiences. To that end, here are our picks for the top 10 remakes of all time.

Check out the video above, click through the gallery below, or scroll down for the full list!

Legend of Zelda: Link’s Awakening is not a perfect remake, suffering from some framerate hitching problems in the overworld and some dated design issues that could have used a bit of an update, but those issues seem relatively insignificant when you consider just how gorgeous and joyful this Switch remake is. 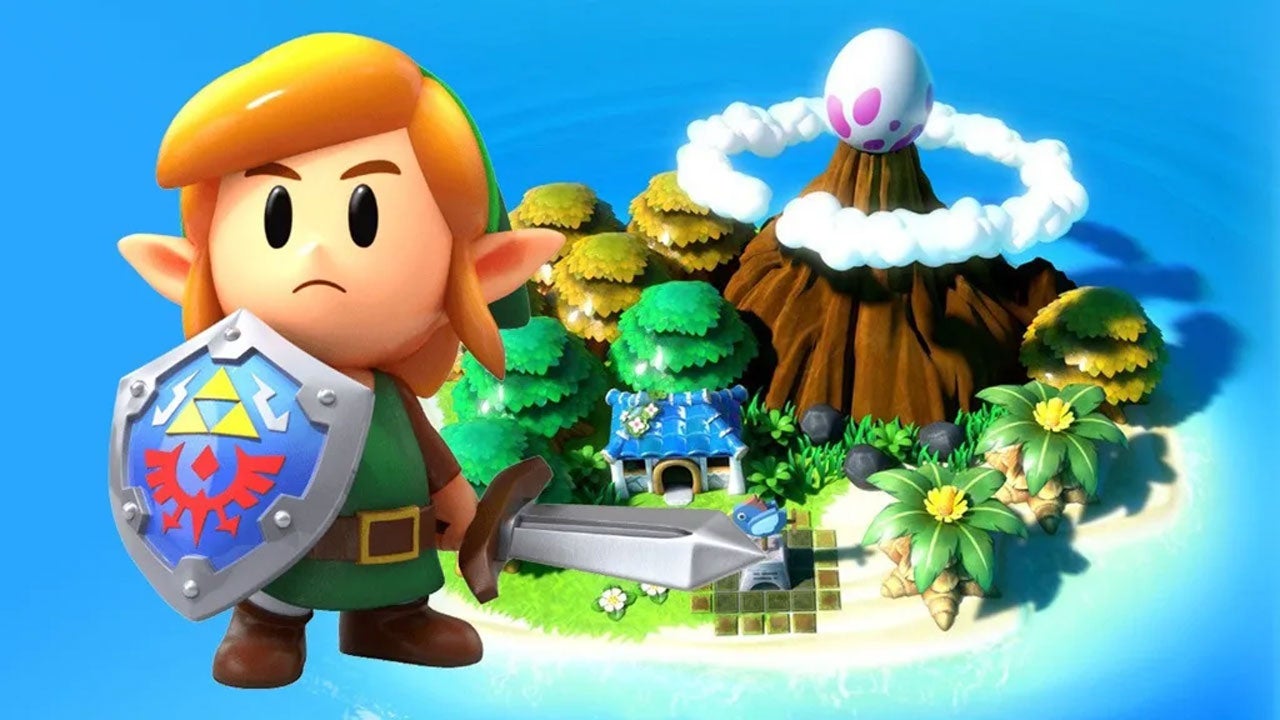 Link’s Awakening is one of the most beloved Zelda adventures, one that takes the classic Zelda formula and takes it fully into the realm of dreamlike fantasy, which is something that is enhanced beautifully by the remake’s toy-like art style. More than anything though, the Switch remake introduced a brand new generation to one of Link’s earliest adventures in a way befitting of the classic series. 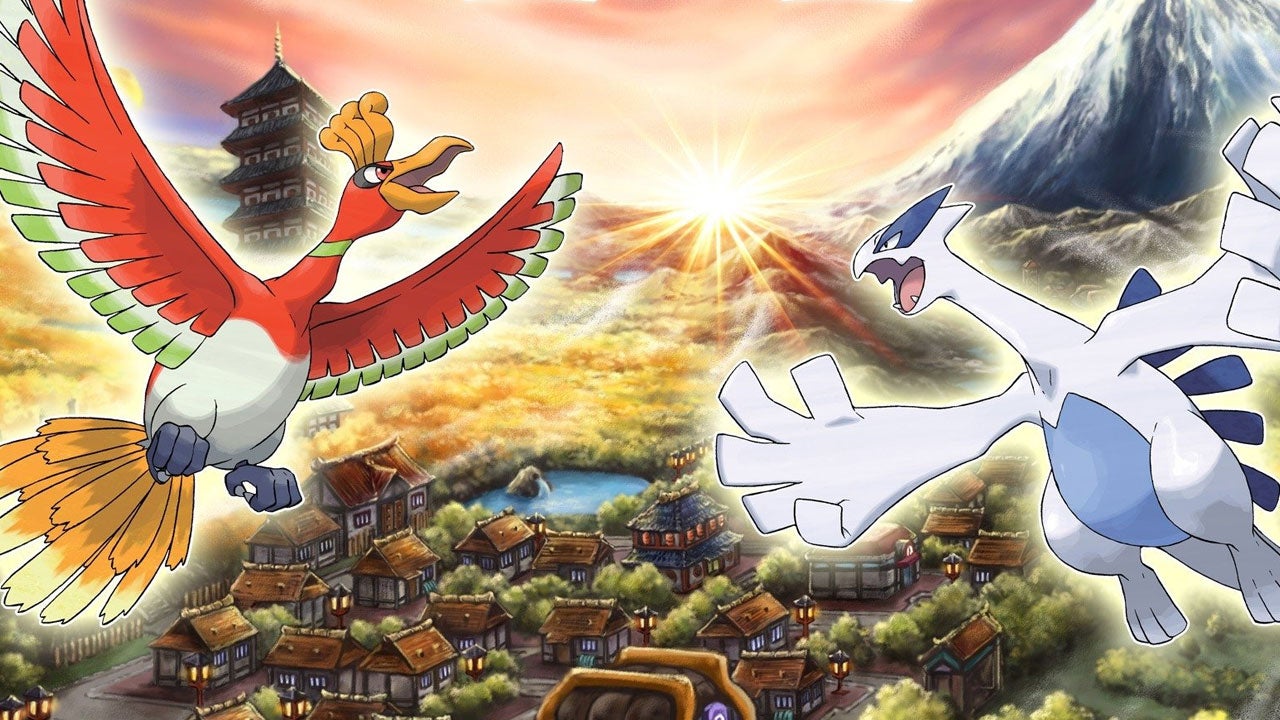 Pokemon Gold and Silver, though only the second in the long-running Pokemon RPG series, are the only entries that allowed players to travel across two different regions and collect 16 badges instead of the standard eight. That meant two “end-game” challenges to conquer, two sets of Legendary Pokemon to collect, sixteen different gym leaders to defeat, and more. The enhanced DS remakes which released 10 years later,  Pokemon HeartGold and SoulSilver, only improve upon Pokemon Gold and Silver, and are still referenced as a favorite, if not the best, of all Pokemon games by many.

Half-Life Black Mesa is an interesting remake in that, it’s the rare example of a fan remake that was officially supported by the original developers. And it’s an exceedingly great thing that Valve never shut this one down, because Half-Life Black Mesa is hands-down the best way to experience one of the most important and landmark first-person-shooters in all of video games.

The only downside is that it spent so long in development that by the time it was officially released its updated looks were already dated, but as IGN’s Dan Stapleton says, “it still makes great use of the distinctively creepy atmosphere and excellent combat that left such a mark on this genre.”

The words “love letter” get thrown around a lot when it comes to long-running franchises, but Spyro Reignited Trilogy feels like just that, a love letter from the developers at Toys for Bob, revisiting the franchise’s origins after having been Spyro’s shepherds primarily in the Skylanders era. But the return to Spyro’s first three adventures is a beautiful recreation of what made those characters and worlds so charming, iconic, and fun to play with modern touches.

Each of the three remade games are brimming with personality just not possible back on the original PlayStation, with tiny environmental details and character updates that bring Spyro’s world to life in rich, beautiful ways. And Toys for Bob keeps the core of Spyro’s fun platforming and collecting intact, not wanting to mess with a good thing, while adding much-appreciated quality of life updates to help make things feel modern. Spyro’s had an interesting journey since his original trilogy, but this remake collection has proven there’s plenty of fire left in that adorable purple dragon.

The 2004 remake of 1998’s Metal Gear Solid took the PS1 masterpiece and modernized it for the GameCube. While the development team at Silicon Knights may have gone a little too hard on some of the cutscene action, The Twin Snakes not only provides a spectacular graphical overhaul – look, Snake has eyes now! – but also redesigned the entire game to feature the mechanics from Metal Gear Solid 2. 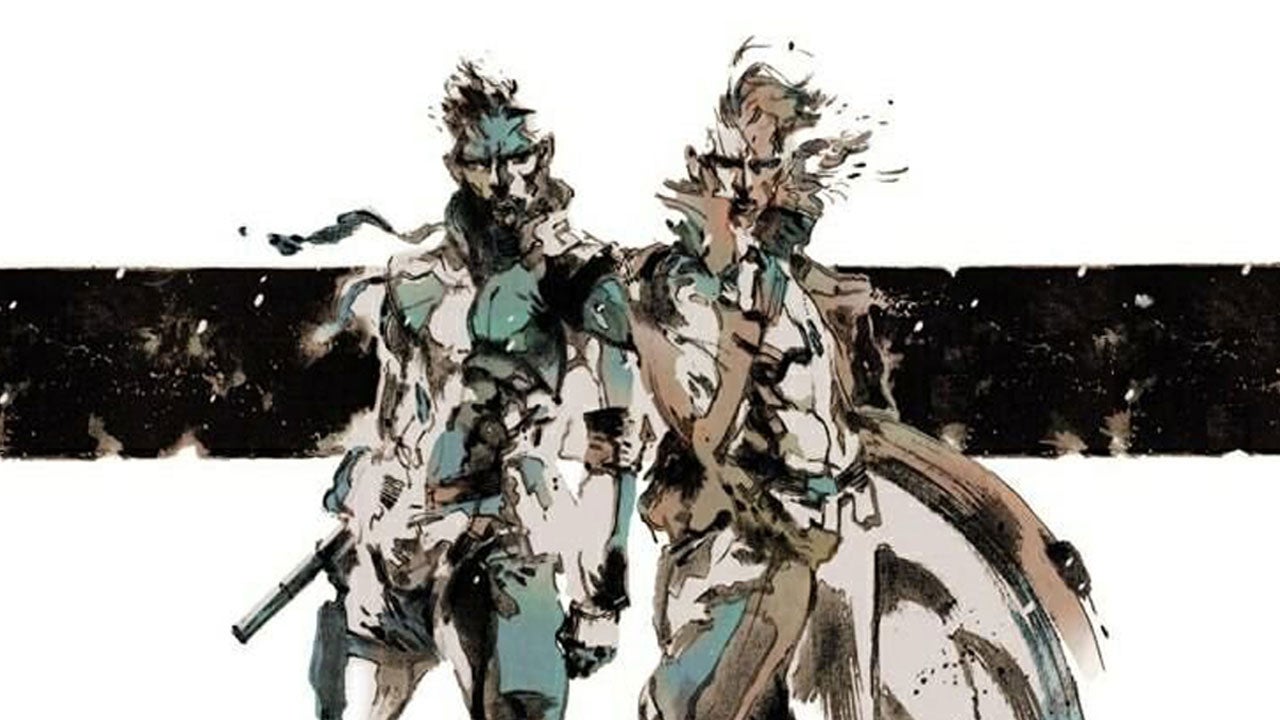 Adding abilities like being able to hang off of ledges, peek around corners, and – perhaps most importantly – shoot in first-person offered players far more flexibility to navigate an area, and coupled with the enhanced enemy AI, even veterans of the PSX version got a fresh look at Snake’s first 3D adventure. 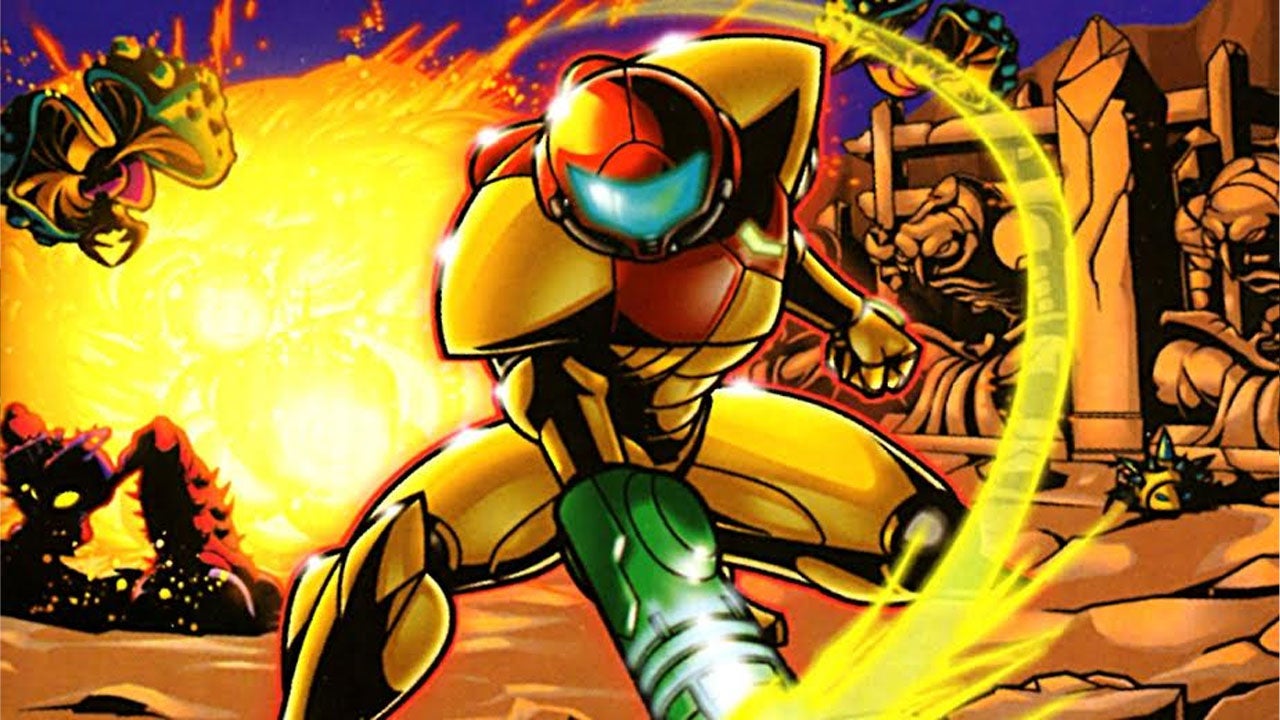 The original Metroid for the NES was a groundbreaking game for the time, but when looked at through a modern lens, it’s hard to argue that it holds up. Fortunately, Metroid: Zero Mission exists. Rather than opting for a 100% faithful remake with a couple of modernization tweaks, Metroid: Zero Mission is instead a game rebuilt from the ground up that uses the original Metroid as more of a blueprint for its story and level design, and instead draws its gameplay inspirations from the more modern 2D Metroids, like Super Metroid and Metroid Fusion. It’s an expertly crafted modernization of one of Nintendo’s best mascot series that still holds up to this day as not only one of the best Metroid games, but also one of the best remakes as well.

When it comes to faithful remakes that largely stick to the core gameplay and design established in the original and focus instead on bringing everything else up to modern standards, there aren’t many games that are better than the original Resident Evil Remake. The REmake adheres to everything that was intrinsic to the original game, from the pre-rendered backgrounds, to the tank controls, to the limited inventory that forces you to make tough decisions on what to keep and what to toss, but then it also adds several entirely new features that change up the experience and give it it’s own identity.

Whether its the terrifying addition of Crimson Heads that force you to rethink whether it’s worth killing a zombie if you don’t have a way to set it on fire, or the brand new plot thread involving Lisa Trevor. Resident Evil’s remake shines because not only was it a faithful remake that brought a PSOne classic into a modern light, but also because of the ways that it separated itself from that classic to become something even better.

Ratchet and Clank’s 2016 reboot/remake is a fascinating, fun, and unexpected refresh of the franchise’s origins. A retelling of the titular duo’s origin story, meant to be paired with the far less successful film adaptation that same year, the PS4 exclusive manages to do just about everything right as a remake and a fun game in its own right.

Insomniac has smartly updated and modernized Ratchet’s gameplay feel on the PS4, following in the footsteps of everything the studio did in sequels after the original game. And in taking a new crack (in time) at the story, it tells the origin with fresh humor, better pacing and writing, and actually takes all the years of franchise storytelling to better form Ratchet and Clank’s bond from the jump. The series has been quiet since the 2016 debut, until the upcoming Rift Apart that is, but the remake was an amazing new jumping on point and a wonderful return to what made the duo so beloved to begin with.

Sure, we could argue whether or not Square-Enix was right in splitting up Final Fantasy 7’s remake into multiple games, but if you judge this first game in the Final Fantasy Remake series on its own merits, it’s incredible. 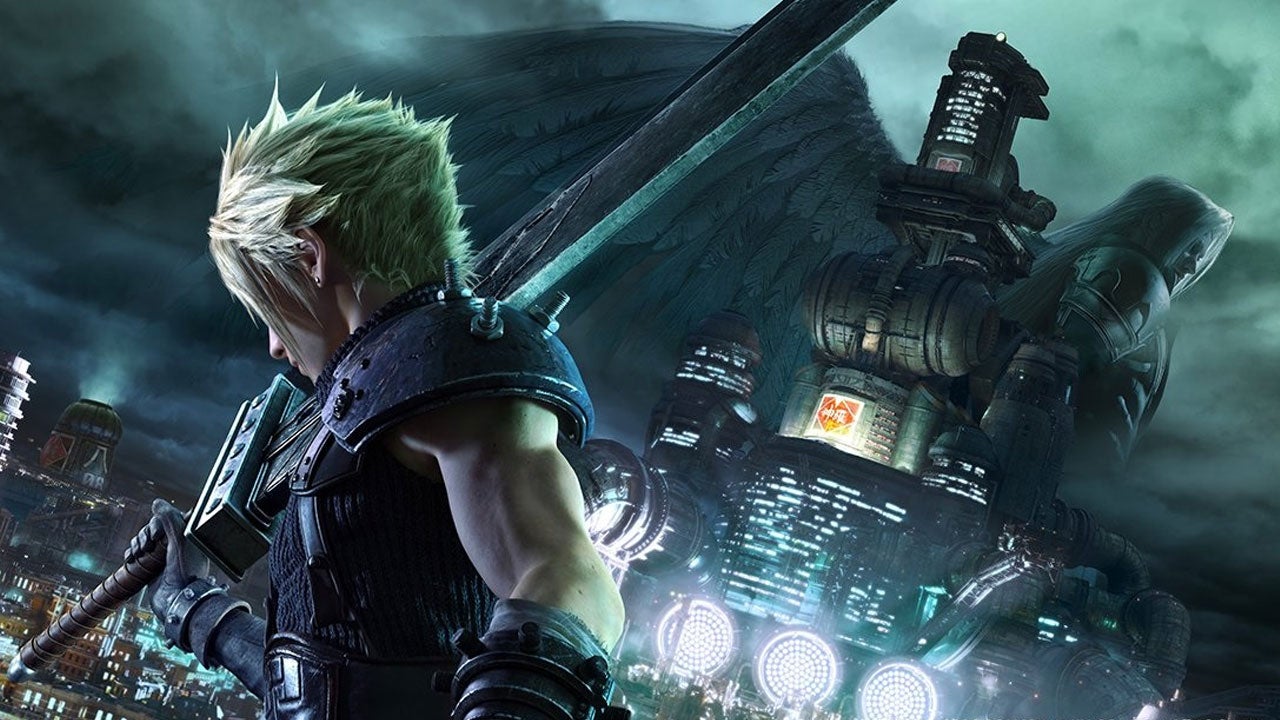 This is a stunningly gorgeous game that gives new life to some of gaming’s most memorable characters and settings, but more than that, it completely revamps the combat system to be something completely new, and yet still somehow still evocative of the original. There’s good reason to be disappointed that the remake’s story only covers about 30% of the original game, but the way in which FF7 Remake dives into that 30% and expands upon things like Jessie’s backstory, life in the Sector 7 slums, and Cloud’s relationship with his fellow avalanche buddies is absolutely exemplary.

Resident Evil 2 took what the original did so well – its labyrinthian level design, its ostentatious enemies, its omnipresent sense of dread – and molded it into a horror experience designed for modern audiences. Environments are cleverly reworked and expanded upon, enemies are faster, deadlier, and more unpredictable, and gorgeous lighting built in the RE Engine casts shadows over nasties waiting to grab you unawares.

Perhaps Resident Evil 2’s biggest achievement, though,  is the way Capcom has played with the original’s most iconic encounters. When you think you’ve got a terrifying moment figured out, Capcom will twist it ever so slightly, removing any certainty as you slowly make your way through its carefully curated collection of memories. This is a remake designed to both terrify you in today’s horror landscape and scratch that nostalgic itch, and miraculously achieves both right until its breathless end.  The new gold standard for remakes.

And that’s our list! Obviously, with only 10 spots, there are plenty of remakes that didn’t quite make the cut. Let us know in the comments what would make your list that’s not on ours!