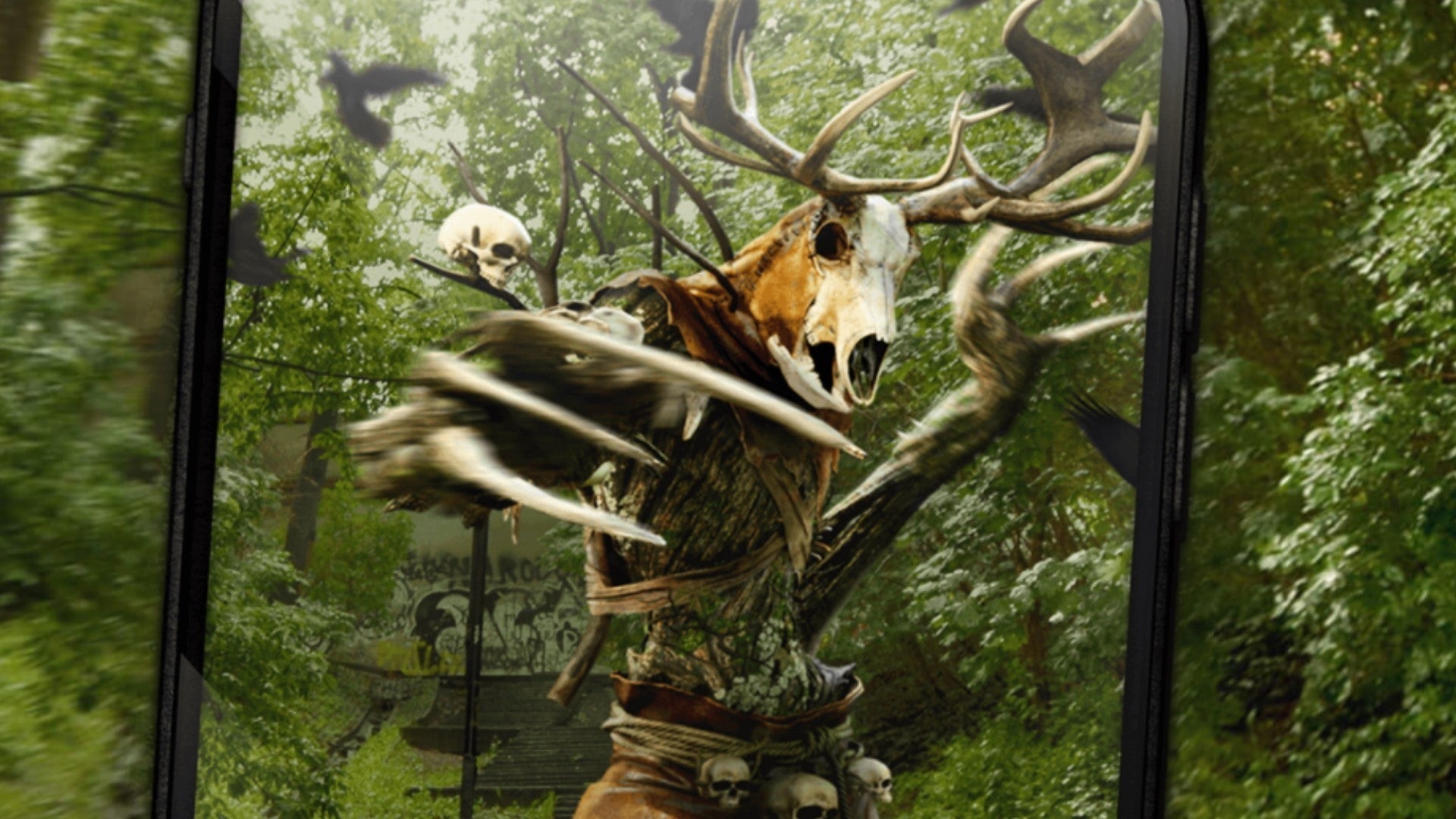 In a video on Twitter, we’re shown a variety of Witcher monsters in real-life locations, as well as a digital silver sword being used to both attack and block.

We also see how the game will place monsters on the real-world map, before being selected to fight.

Inside combat, we see player health and stamina bars, an enemy health bar, and buttons to activate abilities. It appears you can use bombs that deal different damage types, and can draw Signs to activate the Witcher’s brand of magic.

There are also quieter activities – we see quests taken from NPCs, and investigation sequences. Ever wanted to look up close at a digital horse’s head? Now’s your chance!

Announced last week, The Witcher: Monster Slayer is a free-to-play AR game developed by Spokko, and will take into acccount weather and time of day to present you with your various quarry.