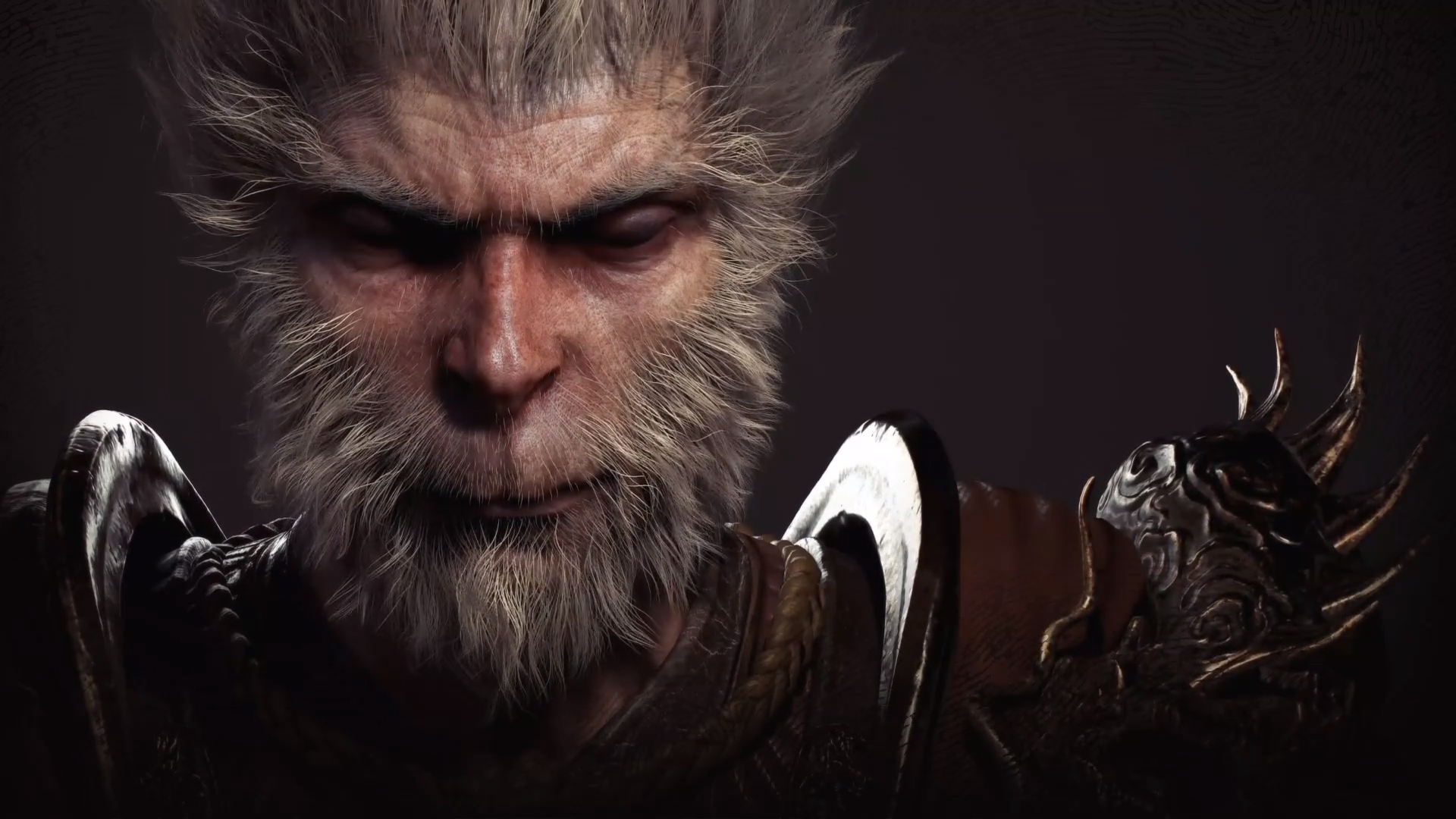 Last month, a new game trailer came from out of nowhere, much like the monkey jumping out of the stone in the tale of Journey to the West. The debut trailer for Black Myth: Wukong grabbed everyone’s attention in the gaming industry, accruing over 5 million hits on IGN’s YouTube channel alone. The next-generation graphics look stunning, with the gameplay in this 13-minute demo showing that this was not just some CGI animation. Original God of War director David Jaffe was amazed by the gameplay, and current God of War director Cory Barlog called it “awesome” on Twitter.

The quality of the trailer looks like it was produced by a premium AAA gaming company, but it’s actually from a Chinese indie studio, Game Science, that no one had ever heard of before, catching the industry by total surprise. IGN China was the only gaming media granted an exclusive interview after the trailer went viral and, last weekend, I walked into the Game Science studio in Hangzhou, China.

My first impression of this studio was that it was very different from other gaming companies. The studio provides free lunch, dinner, drinks, and snacks, which is very unusual for a Chinese company. Their working day starts at 2pm, and there is no fixed time for when they need leave work – with workers encouraged to leave when they want to, or to work from home if they’d prefer. However, employees are used to sleeping during the day and working at night, most of them leaving work after 10pm. When I finished this interview and walked out of their office at 2am, there were still a few people working.

Right now, the team is made up of about 30 people. A lot of the developers, as well as game producer Feng Ji and other co-founders, all previously worked at gaming giant Tencent. All of them worked on an MMORPG project called Asura, which is a fantasy game based on Journey to the West, with Feng acting as creative designer.

Similar to Asura, Black Myth: Wukong is a gritty take on this classic Chinese tale. Different from Journey to the West, the story talks about the Monkey King (Wukong) escorting a monk who has obtained the sacred scroll from the West, but Black Myth: Wukong is much darker and more complex. There are three monkeys shown in the trailer, and players have to wait to figure out who is the real Wukong when they play the game.

The level shown in the trailer is part of the beginning of an area called Black Wind Mountain. Feng told me that it took them six months to produce this demo, and the team has been working on the game for about two years. The reason they released this video now is because the studio is trying to recruit more talent – they were not expecting it to be this popular.

This is the first time the teameam has used Unreal Engine 4 to develop a game. Before Black Myth, Game Science Studio used Cocos and the Unity engine to publish two mobile games. One of the RTS games, Art of War: Red Tides was featured in the Apple App Store globally, and when Tim Cook visited China in 2017, Game Science Studio was one of his stops. Although Art of War: Red Tides has now stopped updates on Steam, over 6,000 reviews of the game are Mostly Positive.

Game Science’s two mobile games brought in stable revenue streams and allowed it to pursue a high quality AAA story-driven action-RPG game. The Chinese gaming market is saturated with free-to-play mobile games and online games, and it’s considered a very commercially risky move to develop a premium console game. After releasing two mobile games, one of the co-founders, Art Director Yang Qi, told Feng, “It’s time to do what we wanted to do from the beginning.”

Under his father’s influence, Yang started learning traditional Chinese painting when he was 5. He was fascinated with Star Wars in high school and went to China Academy of Art in Hangzhou. Now, the Wukong team is based in Hangzhou, Yang’s favorite city because he lived and studied there for many years. Yang has been a graphic designer for over 15 years. His art has a dark fantasy vibe, and it’s easy to tell his work, no matter if it’s characters or environment.

Game Science Studio was founded in Shenzhen and part of the team moved to Hangzhou to start the Black Myth: Wukong project in 2018. In the beginning, there were only 7 people on the team, now expanded to 30 people. In the early days, the team spent lots of time getting familiar with Unreal Engine 4. They thought of outsourcing to speed up the project, but after talking to several companies who worked with Naughty Dog and Santa Monica Studio, they decided to take on the project themselves.

As Art Director, Yang did a lot of design work on the special effects of the battles, but the actual project was handled by game designer Jiang Baicun. Jiang was the lead level designer for Asura, and co-founded Game Science with Feng and Yang.

Jiang is maybe the only person in the company who didn’t care about the feedback after the trailer was released. Feng teases him for being a defeatist, but the truth is Jiang is the type of person who has the personality that can be described by a Chinese poem, “Not overjoyed by external gains, also not saddened by personal loss.” Jiang is a very calm and down-to-earth kind of person.

Jiang started with the Black Wind Mountain level and picked four or five versions to make this debut trailer. He remembered when the first version of the trailer was played in the studio, the room was silent. It meant the trailer was not OK. He said when they started Game Science, their motto was to “make the game that can move you.” They believed if you are not happy with it, you can’t expect other players to accept it.

The final version undoubtedly has everyone on the team satisfied, but fans started getting skeptical. Some questioned whether this might be a CGI animation and not actual gameplay footage, so I asked Feng to let me play the demo, and he was happy to do it. He also said that I am one of only a few people that have been able to play this outside of the company.

Due to the NDA I signed, I can’t reveal too much, but I can assure you that the version that I played was the same as shown in the trailer: the fights, transforming, casting spells – it had it all, and it’s a complete experience.

I intentionally picked a different approach to play than the trailer. Firstly, instead of transforming to a golden cicada to evade the enemies, I decided to fight. Secondly, during the final battle with the big white wolf, I transformed into another shape to fight against him. Feng also put in a new enemy that was not in the trailer (I can’t talk about its name nor look) and taught me how to defeat him to prove that this gameplay is more than just what you see in the trailer.

Feng also unlocked another testing level for me. This is a level they called, “Toilet”. It features four bosses that have finished basic design, and each one can be battled. Feng said they still needed to spend more time to polish the bosses, so they didn’t show up in the trailer.

Feng said to complete Black Myth: Wukong, players probably need at least 15 hours of playtime. To ensure people stay excited during the gameplay and boss fights, the team plans on having over a hundred different kinds of monster enemies. However, with their current manpower, they can only have one team work on designing levels. They realized if they want to finish the game within 3 years, hiring more talent is unavoidable.

Right now, Game Science is planning on hiring 10-15 people so they can have two teams work on the level design. But after the trailer went viral, over 10,000 resumes flooded into their recruiting inbox. Some are from AAA gaming companies, even candidates from outside of China who are willing to apply for a Chinese working visa at their own cost. These candidates just want to work on this project. The craziest thing is that the day after the trailer came out, there were people showing up at the door of the company asking for a job. This is much more than the company’s HR can handle.

Feng Ji was calm when he saw the massive influx of resumes. He admitted right now the game might be overhyped, and it’s not normal. Although he is very grateful, right now he feels the need to put a damper over himself and their employees so they don’t get in over their head.

The day of my visit, Feng was telling everyone to be calm in the all-hands meeting. He said the popularity of the trailer is both encouraging and a pressure. Because everyone loved it, they needed to make the game even better. He wants everyone back to work like before the trailer came out. Everybody doing their job is the only way to ensure this project can be successful.

But the truth is Feng has planned an even more ambitious future for his team and himself. The title Black Myth suggests a bigger myth universe. In Chinese myths, Journey to the West is just one of the many great stories. Feng and his team are hoping Black Myth: Wukong is just a beginning to build up a Chinese Black Myth Universe, similar to the Marvel Cinematic Universe. He even told me the names of the two other Black Myths – although I am not allowed to tell you what they are, I can say it is a really ambitious plan.

The attention that Black Myth: Wukong got is something that we have never seen before for a Chinese game. The trailer got over 25 million views on the largest Chinese video website, Bilibili.com. On the country’s biggest social media website Weibo, it got retweeted over 100,000 times, and this is only from Game Science’s official Weibo account. In the past few days, a lot of deep dives and breakdown videos of the trailer got over hundreds of thousands views worldwide. Chinese players are celebrating the success and calling it “The Pride of China.”

Some western players may know of the tale of Journey to the West and the main character Monkey King, but more know of him through the Japanese manga Dragon Ball Z and the main character, Son Goku. Feng named it Black Myth: Wukong and hoped to give the Monkey King’s name back to him. He said the tale is from China, but everyone refers to him as Goku, so he wants to let the world know his name is Wukong.

Feng said right now the game is still in early development and Game Science still has a long way to go. When I asked when we could see the game next, he responded, “We might go quiet for a long time, because right now we need to settle down and finish the project. It is a complete surprise that the trailer got so popular, but it’s also a challenge for our next reveal. If we can’t make something that is even better than this trailer, we won’t show it to the rest of the world.”