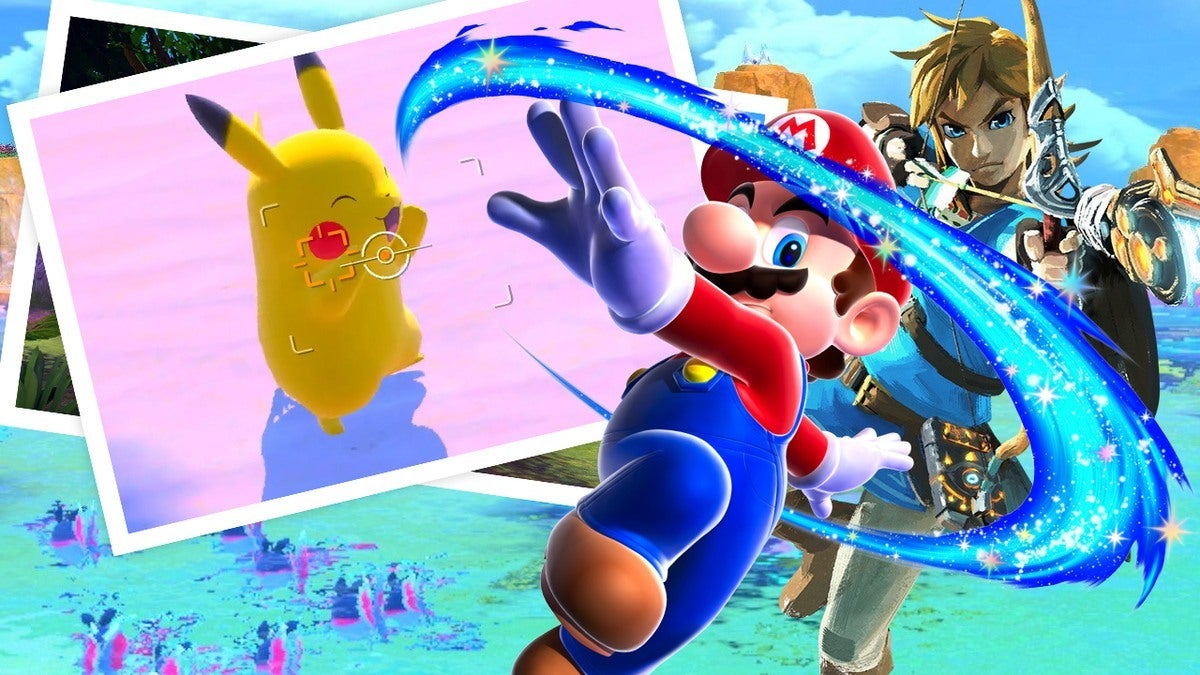 Nintendo has a long, and dare I say it, zany history with E3. The big N has brought us some of the most exciting E3 reveals of all time. Including, but not limited to, turning their executive team into puppets, last year’s incredible Breath of the Wild sequel teaser, and of course, the absolutely insane introduction of Wii Music.

So, it should come as no surprise that we were more than a little disappointed when E3 2020 was canceled thanks to Covid 19. We knew that meant that Shiggy and the gang wouldn’t be pulling out all the stops again this year. We’ve received a metric ton of news coming out of Nintendo in the last four months and with the year winding down, we thought we’d take a look back at what Nintendo could have brought us in an E3 direct. Let’s get started!

Nintendo has always loved a surprise announcement, and Paper Mario: The Origami King’s surprise reveal was the first peek behind the e3 curtain. Coming two months after e3’s cancellation, this reveal was the first look at how Nintendo’s 2020 strategy would take shape. Rather than a deluge of news in the middle of June, 2020 would bring a slow but steady flow of trailers, release dates, and surprises, starting with the return of the venerable Paper Mario franchise. Featuring a new cast of friends and foes, an overhauled battle system, and more hidden toads than you can shake a stick at, Paper Mario: The Origami King arrived in July, shortly after its announcement, and earned a seven from IGN.

Pokemon Presents brought us a slew of new Pokémon info and games, but the clear winner was the triumphant return of Pokemon Snap. 20 years after the original game’s release, New Pokémon Snap promises new biomes to traverse, new Pokémon to snap, and is currently listed as “coming soon”. Fingers crossed for a 2020 release.

Mega-publisher Electronic Arts announced seven of their titles would drop on the switch. So far, Apex Legends, FIFA, and Burnout: Paradise are the only titles confirmed. We’d gladly pony up for a Dead Space or Mass Effect collection if anyone from EA is reading?

Remember ARMS? Of course you do! So does Masahiro Sakurai, and that’s why he included beloved (?) arms character Min Min in Super Smash Bros. Ultimate’s Fighter Pass Volume 2. This stretchy grappler was added to the game a few days after the announcement, which also included new stages, new Mii Fighter costumes, and new amiibo. All in all, a great little update for challenger pack 6.

Nintendo wrapped out E3 month by dropping some nice, summer-themed Animal Crossing news. Namely, that New Horizons’ Summer Update Wave 1 would add ocean swimming, new characters, new items to find and donate, new DIY recipes, and more when it launched on July 3rd. Hanging out with Pascal was well and good, but the trailer teased a second update for early August. More on that in a bit.

2020 continued to be a weird year for the Nintendo Switch Online service, as we got new classic titles for NES and SNES on Switch. July brought seminal Rare platformer Donkey Kong Country and cult favorite Natsume Championship Wrestling for SNES. And, for fans of a true deep cut, late-era dungeon crawler The Immortal for NES. A couple of weird choices, but we’ll take em!

Shin Megami Tensei V was announced all the way back at the Switch reveal in January 2017 and was promptly followed by over three years of radio silence. So, when a mini-direct featuring the fifth installment dropped in July, SMT fans rejoiced. This was coupled with the surprise announcement of an HD remaster of Shin Megami Tensei III: Nocturne (arriving in late October). These two games are closely tied together, with SMT V arriving in 2021.

Remember that second Animal Crossing update I mentioned earlier? Well, this is it. Nintendo closed out July with the Summer Wave 2 Update for New Horizons. Technically, the big move here was the island back up and restoration service that would save users islands periodically (finally). It also brought over the dream feature introduced in Animal Crossing New Leaf that would allow you to visit other people’s islands without permanent consequence. Also, fireworks, baby! Up next for Animal Crossing is a spooky Halloween update which will absolutely, hands-down, be everyone’s favorite.

The library of Wii U exclusives continued to dwindle as Pikmin 3 Deluxe was announced for Switch. New co-op modes, new story missions, and all the DLC from the original might make this the best version of the best Pikmin. We’ll find out in October.

Tons Of Indies Coming To Switch

Whew. That’s… a lot of indies. Okay, moving on.

Still no word on that Kingdom Hearts collection though, huh? Bummer.

This is it. This is the one. After months of speculation and rumors about a 3D Mario collection and nearly a year-long drought of traditional Nintendo directs, Nintendo surprise announced a boatload of Mario news in a very special 35th anniversary direct. We got a look at a brand new Super Mario bros. themed game and watch, a port of the truly underrated, Wii U classic Super Mario 3D world (with a brand new expansion called Bowser’s Fury, thank you very much). We saw a new spin on Mario Kart with Mario Kart Live: Home Circuit, in which you control actual Mario karts driving on actual courses through your actual house. Neat! Super Mario Bros. 35 is a Mario battle royale a la Tetris 99. The original Super Mario Bros. All-stars landed on Nintendo Switch Online, and tons of Mario themed events in games like Super Mario Maker 2, Splatoon 2, Mario Kart Tour, and Animal Crossing, plus a whole host of merch like pins, board games, apparel, the works.

And, of course, Super Mario 3D All-Stars: a mega-collection of Super Mario 64, Super Mario Sunshine, and Super Mario Galaxy (and their soundtracks) in one convenient package. And better yet, the news that this long-awaited 3-pack would be available September 18th. All of this in celebration of the 35th anniversary of Mario. 2020: a bad year for most things, but an awesome year to be a Mario fan.

Just last week, we got our first look at Monster Hunter Rise a new, mainline entry in the Monster Hunter series coming to Nintendo Switch on March 26th, 2021. Featuring a huge, seamless world, new grappling hook mechanics, and a ton of returning favorite monsters, this new Monster Hunter entry brings the series back to Nintendo in grand fashion. We also got our first look Monster Hunter Stories: Wings of Ruin, a sequel to the 2016 Nintendo DS RPG. These were but two of the announcements inside Nintendo’s second partner direct, which also showed off Ori and The Will of the Wisps, Fitness Boxing 2, Disgaea 6, Balan Wonderworld, Rune Factory 5, and many more.

So, while we’re still lamenting the lack of a traditional E3 Nintendo direct, we’ve seen so much news from Nintendo in the last few months that it’s hard to imagine that all of these big announcements weren’t once part of a bigger whole. Hopefully next year, things will be more normal and Nintendo fans can count down the days until a big June reveal (Breath of the Wild 2, we’re looking at you) but until then, we’ll be playing Super Mario 3d All-Stars. And Pikmin 3. And a bunch of indies. And Hyrule warriors. You know what? I guess it’s still a pretty good year to be a Nintendo fan!

Zachary Ryan is Director of Editorial Video at IGN and a panelist on Nintendo Voice Chat, IGN’s weekly Nintendo show. He’s eight feet tall and can totally do a backflip.

After 5 Years Single, Charlize Theron Reveals What A Potential Suitor Would Need To Bring To The Table