Dark Horse Comics recently announced a new story from Hellboy’s childhood is about to be told in Young Hellboy: The Hidden Land. The series will be told in four issues and comes from a team consisting of Mike Mignola, co-writer Tom Sniegoski, artist Craig Rousseau, colorist Dave Stewart, and letterer Clem Robins. Each issue will feature a cover by Matt Smith (Folklords) with variant covers from Mignola and Stewart on #1, Rachele Aragno on #2, Wylie Beckert on #3, and Anthony Carpenter on #4.

In this four-issue series from Dark Horse Comics, Hellboy and Professor Bruttenholm are stranded on a strange island after a mishap on their way to a South American dig site. They soon find themselves confronted by all manner of monsters, and even when the stranger who rescues them turns out to be one of Hellboy’s heroes, they aren’t as safe as they think they are.

Talking about the birth of this story, Mignola said:

Awhile back (when you could still do such things) I was at a convention in Boston and ducked out for lunch with Tom Sniegoski. Years earlier we co-wrote a more-than-slightly insane novel together, GRIM DEATH AND JOE THE ELECTROCUTED CRIMINAL, and I brought up the idea of the maybe slightly insane globetrotting adventures of a very young Hellboy. Tom’s eyes lit up, as I kind of knew they would. So there was half the battle won, but we would need a special kind of artist to bring Tom’s madman energy to the page—and artist Craig Rousseau just happens to be that artist. And Craig just happened to be at that same convention, and when I told him the idea his eyes lit up just the way Tom’s had. It was almost too easy, and I’m happy to say the results are everything I could have hoped for.

YOUNG HELLBOY: THE HIDDEN LAND is another look into our red-skinned paranormal investigator’s childhood. The events in the series take place in May of 1947, before the events depicted in HELLBOY: THE MIDNIGHT CIRCUS. Lighter in tone, YOUNG HELLBOY: THE HIDDEN LAND is an exhilarating adventure that embraces the thrills and chills of the pulp adventure stories of the 1930s. Mysterious islands, vampire queens, dinosaurs, giant ape gods, and a new and exciting addition to the Hellboy Universe—Scarlett Santiago, the Sky Devil. I’ve always been fascinated by the glimpses into Hellboy’s childhood that Mike has given us, and to be asked to contribute to these stories, along with Mike, Craig, and Dave, is a dream come true.

This may sound like a cliché, but as a fan of Hellboy since he arrived in Mike’s very first issue, it’s been an absolute thrill to work on this project with Mike and Tom and Dave. Getting to play in this universe with a story so full of over-the-top action, adventure, and fun has been an absolute blast and a career highlight. 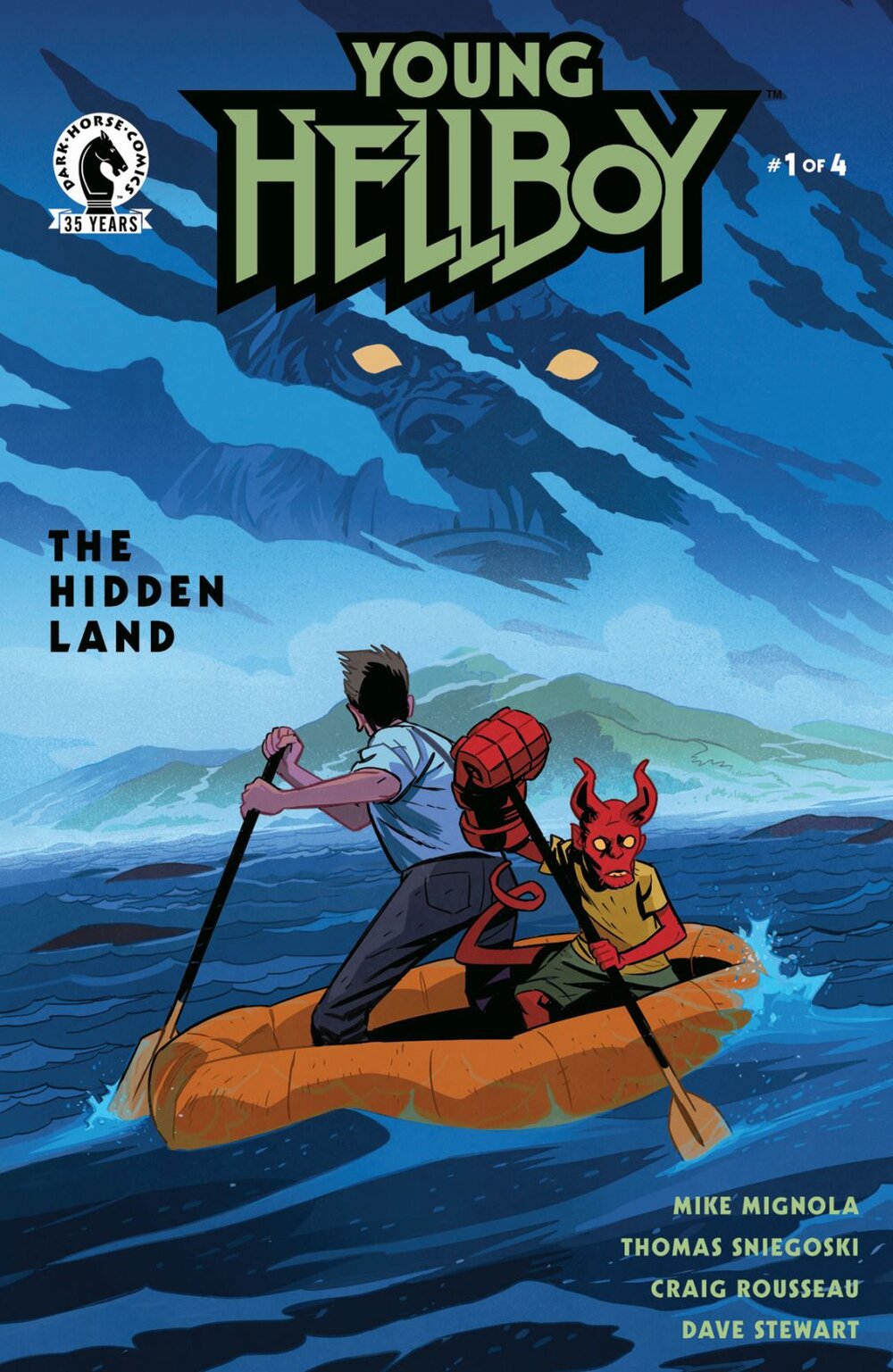 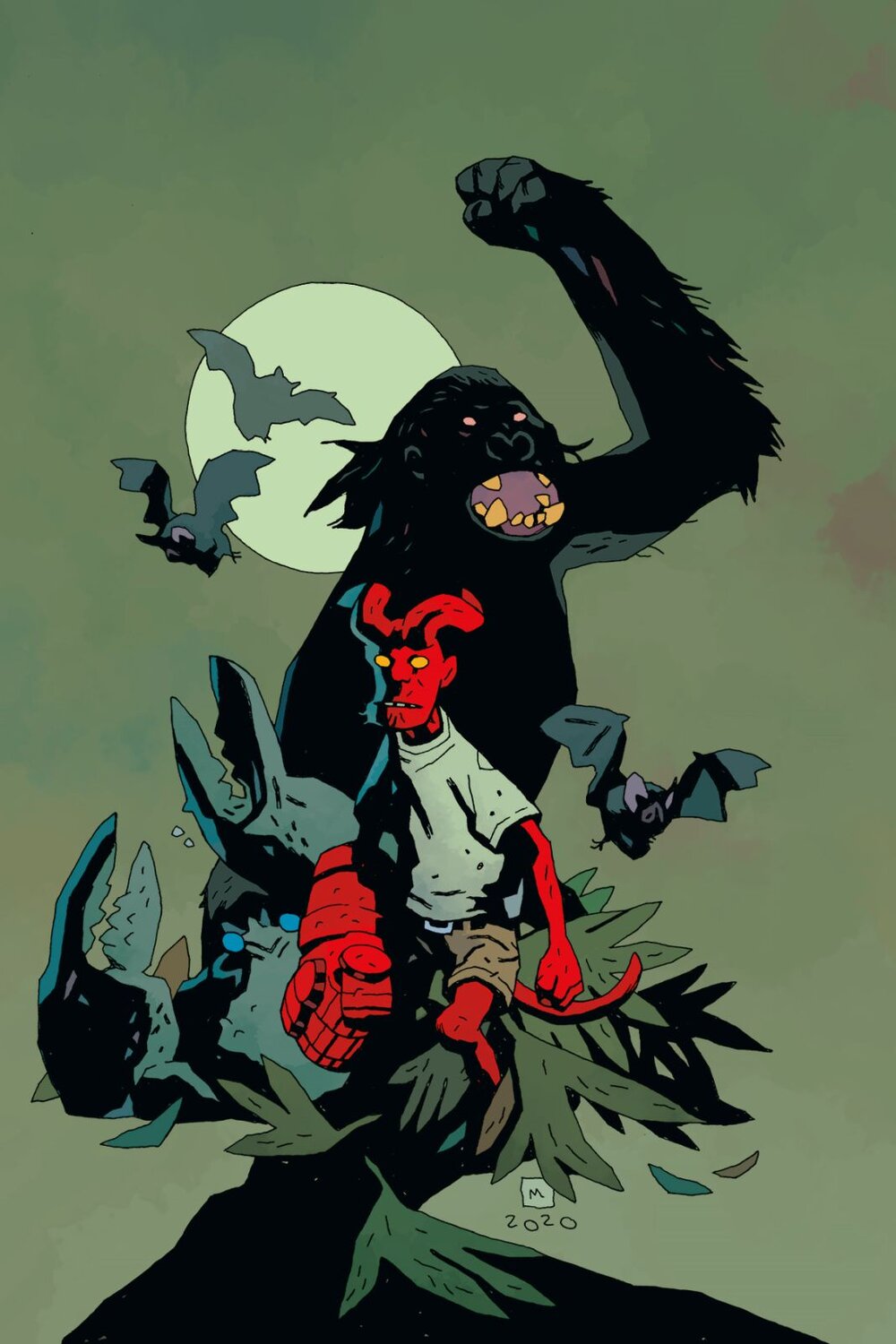 Wed Nov 11 , 2020
Saturday Night Live went back to the basics by celebrating Super Mario 35th Anniversary. In true SNL fashion, the skit was funny, but focused a lot on “popped” nuts, all thanks to Mario…we think. The Super Mario skit in question is meant to mimic the reflection videos that are so […]