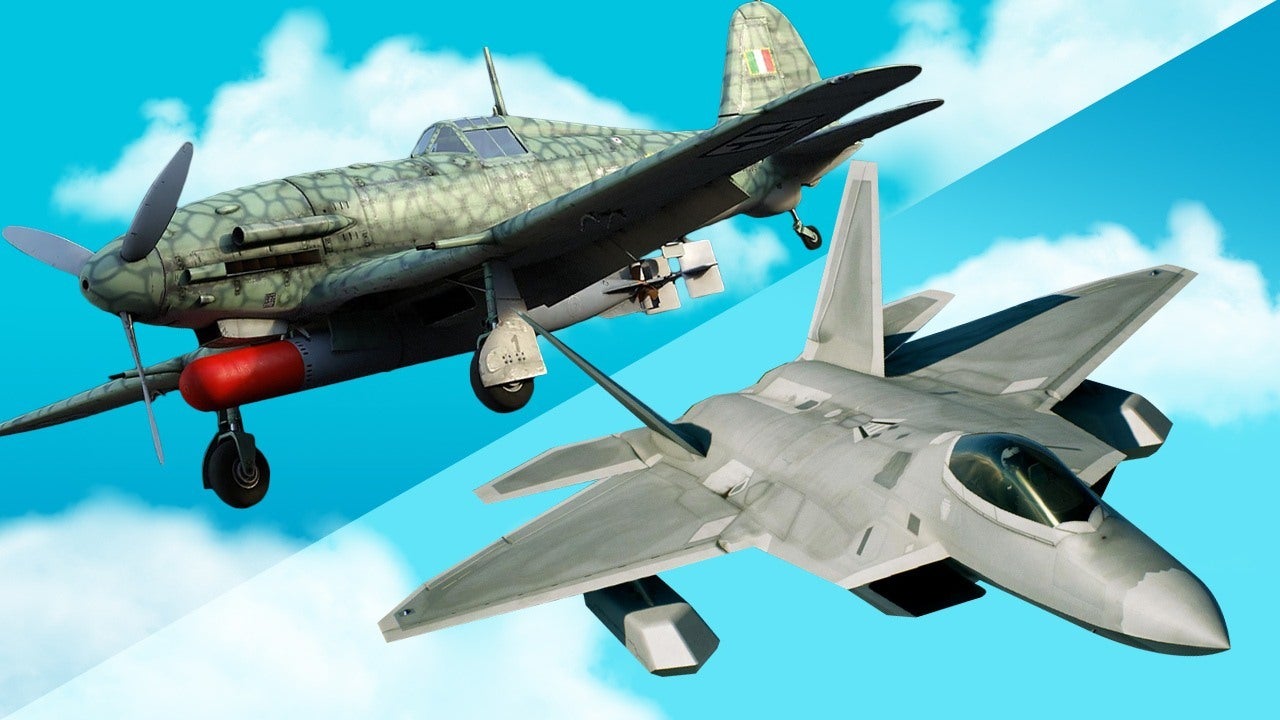 With Microsoft Flight Simulator getting gamers back into the skies, there’s no better time to keep your flight stick hooked up and see what else is out there. Whether you want a hardcore flight simulator requiring every detail jotted down on a flight plan, or an arcade experience involving deadly dogfights, these are the five best flight games you need to play after Flight Simulator.

When it comes to free-to-play flight sims, you can’t go wrong with War Thunder. Featuring a variety of World War 2 aircraft and more, you’re spoiled for choice when choosing between its nine playable factions.

From the iconic Spitfire and Typhoon to German biplane bombers and Japanese twin-engine interceptors, there’s a lot to get to grips with. Unlike more in-depth titles like IL-2 Sturmovik, War Thunder does a great job of easing you in with its arcade game mode, tutorials and in-game guides. But War Thunder also offers Realistic and Simulator game modes too, challenging pilots to factor in realistic flight physics, fuel, ammo and more.

War Thunder also has playable tanks, warships and even helicopters too, making for truly chaotic multiplayer warfare across all parts of the battlefield.

The hardcore flight simulator community has been well served over the years, but the same cannot be said for those wanting something more accessible. Tom Clancy’s H.A.W.X and the disappointing Ace Combat: Assault Horizon made anticlimactic debuts, but neither matched the Holy Trinity of dogfighters, Ace Combat 4, 5 and 0 on the PS2.

Ace Combat 7’s campaign is fun, intense and highly replayable, which is exactly what the arcade dogfighting scene needed following the drought of good games in recent years. Destroying enemy fighters has never been more satisfying, plus you’ll fight drones while having to dodge deadly lighting strikes, not to mention bombing runs in the middle of a sandstorm and intense boss fights against massive aerial warships.

As a bonus, Ace Combat 7 boasts a large array of unlockable aircraft, each with specialised weapons, performance upgrades and skins to play around with.

Despite its age, Freespace 2 has truly stood the test of time and is still one of the best dogfighting experiences around today. As a pilot in the Galactic Terran–Vasudan Alliance, you must face a deadly alien race known as the Shivans. As well as tackling other space fighters you square up against deadly capital ships in some of the most epic battles I’ve ever experienced.

And after you’ve finished its 20-hour campaign, there’s still so much to do. The game’s active modding community have created entirely new campaigns, visuals upgrades, and even standalone experiences based on the Battlestar Galactica universe and more.

Don’t let Bomber Crew’s cartoon looks fool you, because it’s an in-depth, challenging and sometimes even hectic experience as you fly over enemy territories.

True, you don’t directly pilot an aircraft but Bomber Crew is a unique aerial experience, with players tasked with managing the flying fortress and the crew inside, which is much tougher than it sounds.

The campaign is fast-paced and varied, and one minute you’re targeting an enemy depot and, seconds later, you have to take down an enemy ace or snap a few recon photos. There’s also a slew of upgrades to tinker around with, from simple mechanical upgrades like a better engine, to more silly choices such as giving your homing pigeon a helmet. Lovely.

With just blue skies and clouds for company, some flight sims can be a relaxing lesson in mindfulness. Digital Combat Simulator, or DCS World, is not, and is about as close to flying multibillion dollar aircraft designed for war you can get.

DCS is without doubt the most detailed, realistic combat simulator around. Even starting up a cold jet, with all the intricacies that go along with it, is a challenge for those who don’t have a proper pilot licence, and that’s not even taking into account equipping your aircraft with the right loadouts for the upcoming sortie. And once you’re in the air, it could all be over in seconds thanks to an enemy missile you didn’t even see coming.

But while that might sound overwhelming, DCS is surprisingly accessible thanks to in-depth tutorials covering every facet of your aircraft of choice and realism options that can be turned down to simplify the experience, removing the need to refuel, reload and more.

Mon Aug 24 , 2020
Audiences got their first glance at Cheetah from the upcoming Wonder Woman 1984 and any fears of “digital fur technology” mishaps should be put aside. The COVID-19 pandemic means movie marketing must change and has meant that studios have had to scramble for ways to keep audiences excited, even as […]