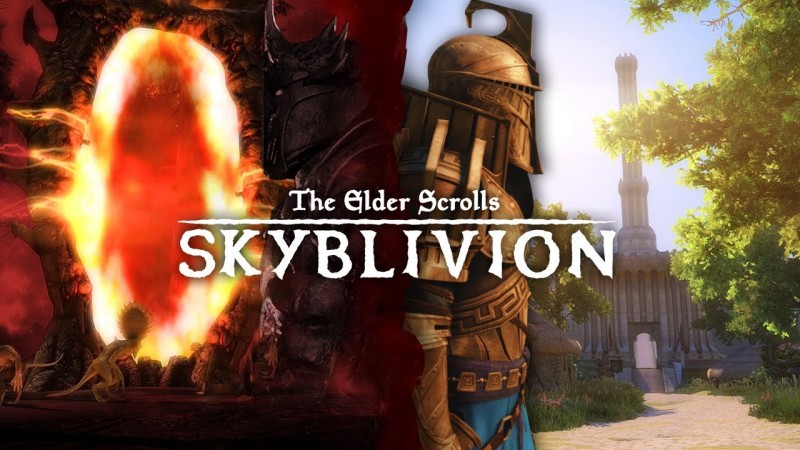 Skyblivion is a mod project I’ve been covering since its inception. This total overhaul endeavor brings the beloved world of Oblivion into Skyrim and with that, comes meticulous attention to detail that is nothing short of impressive. What better way to share this team’s incredible progress than with the now-viral “How it started” Twitter meme?

For those that have followed this project, Skyblivion has been in the works for years and has had a steadily growing team passionately working constantly to make this a reality. A project in the works with the blessings of Bethesda, this is one of the most ambitious fan nods to-date for the Elder Scrolls franchise and one that has more than earned the admiration of PC players everywhere.

Their latest Twitter post happened to pass by on my timeline and the cheeky take on the viral Twitter trend is actually a really solid representation on how much this mod changes and how far it’s come:

How it started vs how it’s going pic.twitter.com/ljg08W8Lzg

The progress made so far on this project is breathtaking and makes us even more excited for the full launch of the Skyblivion mod that has yet to receive a set in stone release date. To learn more about the project and how hard these volunteers are working, you can check out their official site here.

“Skyblivion is a volunteer-based project by the TESRenewal modding group. We aim to bring the Elder Scrolls IV: Oblivion to a new generation of gamers and re-introduce it to long time fans of the series. We are currently in the process of porting and rebuilding Cyrodiil along with all of its quests, locations, and characters into Skyrim and Skyrim: Special Edition.

“Upon release, our mod will be completely modular which means that the player will be able to choose what components he/she wants to have installed. This includes all enhancements developed by the team such as our Landscaping Overhaul, Interior Overhaul, City Overhaul, Weapon/Armor Overhaul, and much more.”

You can also check out the team’s latest video at the top of the article to learn more!

For more mod coverage, be sure to check out our Mod Corner led by yours truly for more fan-made adventures for some of our favorite games out there!