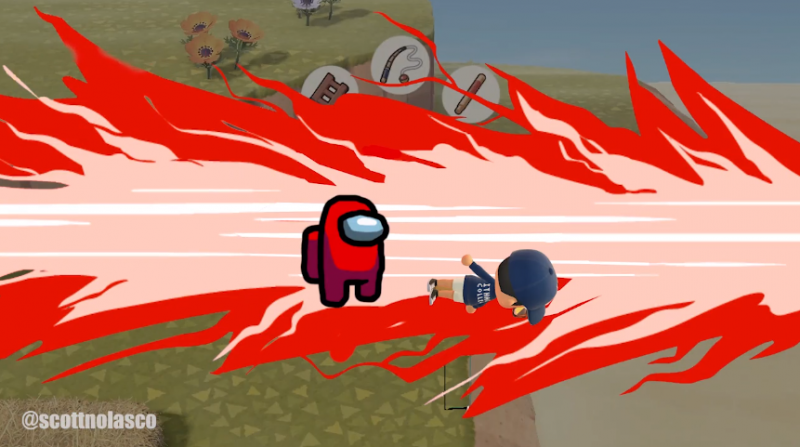 If you’re a regular Game Informer reader, you’ve probably noticed that we are big fans of Among Us crossovers. From Star Wars to The Sims, these sus little jelly bean astronauts have been busy invading other games with the latest being Animal Crossing: New Horizons.

Unlike some of the other crossovers we’ve featured, this isn’t a mod. Instead, it’s a small little fan edit that cracked me up way more than it probably should have. I’m in the US, it’s a stressful time, let me have this laugh.

I just wanted sticks, got this instead… from r/AnimalCrossing

Shared over on Reddit by u/Maybe_its_Maybeline, one islander went out voyaging for sticks only to be confronted by — dramatic gasp — a red imposter. For those that aren’t super familiar with Among Us, the game is incredibly simple. Of three maps, a group of up to ten must complete daily tasks in order to win the round. The only problem is that there is at least one imposter within the team’s midst. The indie title that has suddenly gotten a new lease on life due to booming popularity last month is unapologetically simple and the deceptive premise makes it a genuine joy to play and to watch as well.

Everyone and their mothers knows about Animal Crossing: New Horizons. While the latest AC game does have hacks (not recommended), no full mods are available, so we likely won’t see anyone creatively implement a more immersive Among Us experience, but this little video was charming and gave me the laugh I apparently really needed. I hope it made you smile too!

Want even more sus jelly beans? You can check out this hilarious reality show spin on the indie title right here, as well as future content plans from the studio over at InnerSloth.

If you could have any game crossover into the world of Animal Crossing: New Horizons, what would it be? Shout out those gaming wants and dreams in the comment section below! I promise, I won’t vote to kick you.

13 Tom Holland Movies To Stream Or Rent, Including The Marvel Movies