“Anyone want to play Among Us with me on Twitch to get out the vote?” New York Representative Alexandria Ocasio-Cortez, the youngest woman to ever be elected to congress, asked out of the blue on Twitter. She added the parenthetical “I’ve never played but it looks like a lot of fun.”

Within seconds, Twitch’s top streamers filled the congresswoman’s mentions. “It would be an honor,” Pokimane, who has an audience of 5.9 million followers, tweeted. Illhan Omar, a Minnesota Representative closely associated with Ocasio-Cortez, also joined in. Several popular streamers and personalities came together to play the massively popular Among Us, a multiplayer murder mystery game that has taken Twitch by storm in recent months, in an effort to encourage voting efforts a few weeks before the U.S. election in November. 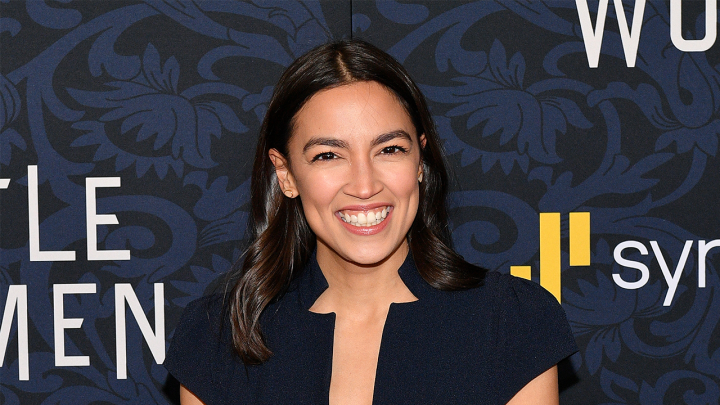 The stream aired last night to over half a million viewers combined, and, if you were simply watching and enjoying the antics, you may not have noticed the ground shifting beneath your feet. For the longest time, video games have been the target of politicians working to make a name for themselves in opposition to the medium as a whole. The 1993 congressional hearings on video games that birthed the ESRB ratings set a tone for how Washington D.C. and the government saw video games: equal parts frivolous wastes of time for children and mind-altering calls to destructiveness.

It was not even three years ago that the White House put together and released a reel of video game violence, invoking the congressional hearings from 25 years prior. With the same tone and tenor of contempt clearly still prevalent among D.C.’s political class, it felt that not much had changed for video games in the government’s eyes through those decades. [poilib element=”quoteBox” parameters=”excerpt=It%20was%20not%20even%20three%20years%20ago%20that%20the%20White%20House%20put%20together%20and%20released%20a%20reel%20of%20video%20game%20violence.”]

Representatives Ocasio-Cortez and Omar, regardless of political affiliation, have cracked that wall slightly. ‘Get out the vote’ efforts – aimed at increasing voter turnout – traditionally have been funneled through events and gatherings, but of course, that is commonly considered unsafe in 2020 due to COVID concerns. Reaching younger eligible voters through Twitch on one of its most popular multiplayer games alongside its most popular streamers is not only a smart way to work around quarantine practices, but recognizes video games as a logical medium in which to do that. In sharp contrast to other attempts to contextualize video games in American political confines like the 1993 hearings or recent video reel, this just felt like genuine enthusiasm for a fun activity.

The ever-evolving industry has passed a number of modern lawmakers by over the years – games only became a mainstream form of home entertainment in the 1980s –  but that gap is starting to narrow. Ocasio-Cortez, who is 31, approached video games the way most people do, with curiosity, excitement, and earnestness, spotlighting a generational divide with the older politicians she serves alongside. That divide is only going to continue to narrow as younger politicians rise up in the ranks. Ultimately, we are getting closer and closer to an electorate that has never lived without video games and a representational government made up of those same people. [poilib element=”quoteBox” parameters=”excerpt=The%20ever-evolving%20industry%20has%20passed%20a%20number%20of%20modern%20lawmakers%20by%20over%20the%20years…but%20that%20gap%20is%20starting%20to%20narrow.”]

This is not to say that Congress will be taking breaks for friendlies in Super Smash Bros. or rushing to get their daily logins in whatever mobile gacha game happened to hit it big that month. It would, however, be crazy to ignore how important it is to meet new generations of people on their own turf and reach out to them with authenticity on normally untrodden grounds. There are more important issues out there than just video games, but it does not hurt to use video games to bring those important issues to the forefront.

It is hard to say where things go from here. While this stream represented a change in direction that people can look forward to, it is also just one stream. It seems unlikely that our leaders will be meeting us in Apex Legends or building towns in Animal Crossing with any regularity outside of campaign seasons, but ultimately, they may not have to do any of that. Understanding that there is more to video games as unique experiences and social events in their own rights speaks volumes on its own, particularly after so many years of gamers being told that video games are evil by those in charge.

It is easy to look at all of this as cynical, as politics traditionally are. Depending on your views on the politicians in question, the whole thing could rub you the wrong way and have the opposite intended effect. But watching that in that Twitch stream, with the multiple streamers and personalities involved, it was difficult to hold on to that pessimism. It was a group of people having fun with a medium that has largely felt disconnected from our civil process except for bad reasons. It was also hundreds and thousands of people watching and enjoying it. It felt new, vital, and impossible to write off as politics as usual.

Imran Khan is a San Francisco-based writer and occasional cohost at Kinda Funny. You can find his other musings on Twitter.