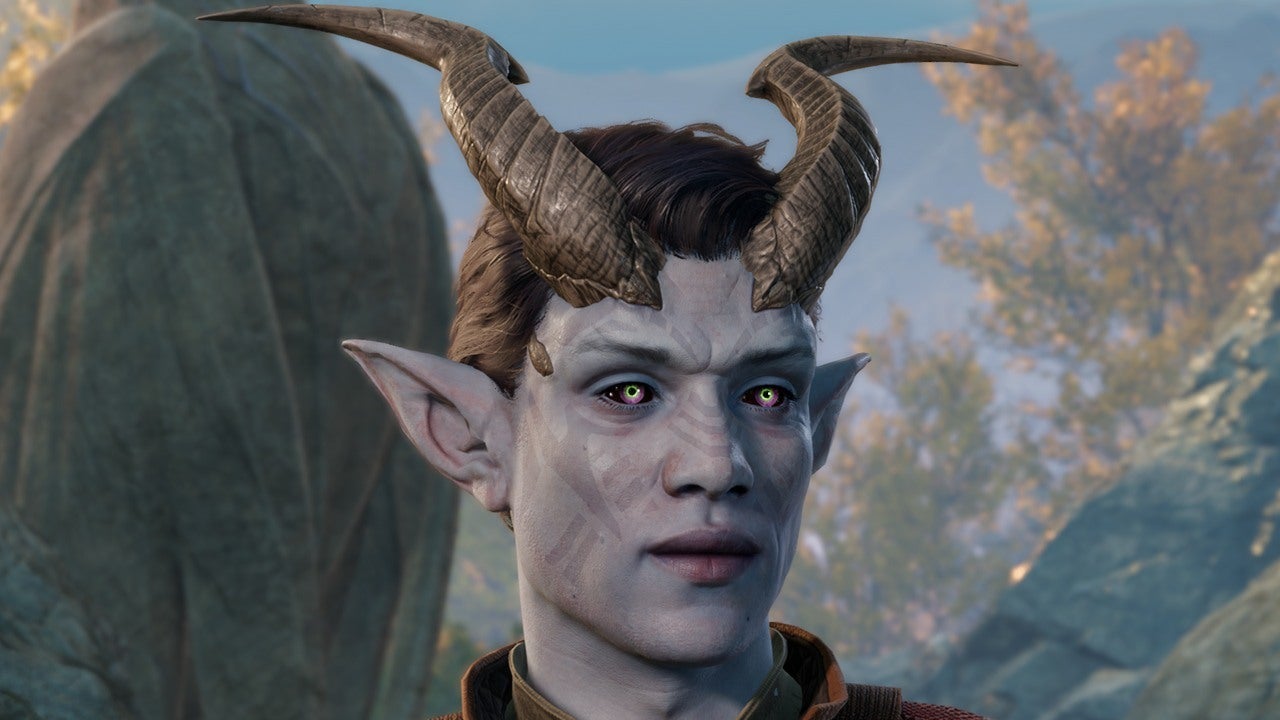 Players will be able to choose from humans, githyanki, elves, drow, half-elf, dwarves, halflings, and tieflings (most of which come with subraces, a full list of which you can see below). Races such as drow and githyanki are incredibly rare in the game’s Sword Coast setting, and NPCs will react accordingly.

You can see pictures of those races in the character creator in the gallery below:

That character creator will feature 150 faces to choose from across the races, which Larian explains are “based on 3D scans of actors and models (blemishes and all), selected because their features roughly resembled the direction for each race in the game, as well of course for diversity and variety in the human-like races.” The choice to include scanned faces was made to allow for a much higher level of detail than a traditional custom-created character face.

Aside from the faces, Larian promises hundreds of choices in the character creator to make your hero unique, many of which will have a direct effect on the world and characters around you.

One of the most important choices you’ll make is your character’s class. Early Access classes will be Cleric, Fighter, Ranger, Rogue, Warlock and Wizard, each of which will feature at least two subclasses.

You can see the full list of Early Access races and subraces below, as described by Larian:

Human
The most common face to see in Faerûn, humans are known for their tenacity, creativity, and endless capacity for growth. They live fully in the present – making them well suited to the adventuring life – but also plan for the future, striving to leave a lasting legacy.

Githyanki
Githyanki are peerless warriors from the Astral Plane, known for their legendary silver blades and red dragon mounts. They seek the total destruction of mind flayers, whose ancient empire enslaved the githyanki for millennia.

Elf
High Elf – Heirs of the mystical Feywild, high elves value magic in all its forms, and even those who do not study spellcraft can manipulate the Weave.

Wood Elf – Wood elves spend their reclusive lives in Faerûn’s forests. Decades of training in archery and camouflage are enhanced by an otherworldly swiftness.

Drow
Seldarine Drow – Drow are the result of an ancient schism between the elven deities Corellon Larethian and Lolth. The latters’ treachery drove the drow into the Underdark, where they splintered into warring factions. Seldarine drow can be found seeking allies from all over Faerûn, aiming to settle their conflict with Lolth – and each other – by any means necessary.

Lolth-Sworn Drow – Raised by Lolth’s cult in the city of Menzoberranzan, these drow extol the virtues of their corrupt and merciless goddess. Lolth marks her followers with bright red eyes so the Underdark will learn to fear drow on sight.

Half-Elf
High Half-Elf – A touch of the Feywild remains in half-elves with this bloodline, and even those untrained in magic possess a hint of wild power.

Wood Half-Elf – Like their wood elf parent, these half-elves have a quickened stride and eye for stealth. Yet many break away from isolation in Faerûn’s forests to explore the rest of the Realms.

Drow Half-Elf – Most half-drow result from liaisons between Seldarine drow and surfacers. While half-drow inherit a few magical gifts, they aren’t usually raised in the Underdark.

Dwarf
Gold – Gold dwarves are known for their confidence and keen intuition. The culture of their Deep Kingdom values family, ritual, and fine craftsmanship.

Shield – Shield dwarves survived a long fall from grace, surrendering many of their ancient kingdoms in wars with goblins and orcs. These losses have lead to a cynical mindset, yet shield dwarves will endure anything to restore their ancestral homelands.

Halfling
Lightfoot Halfling – Lightfoot halflings are stealthy but social, travelling all over Faeûn to make names for themselves.

Strongheart Halfling – Legends say dwarven blood gave stronghearts their hardiness. Resistant to poison and wellsprings of endurance, these halflings easily hold their own.

Tiefling
Asmodeus Tiefling – Bound to Nessus, the deepest layer of the Hells, these tieflings inherit the ability to wield fire and darkness from the archdevil Asmodeus’ infernal bloodline.

Mephistopheles Tiefling – Descended from the archdevil Mephistopheles, these tieflings are gifted with a particular affinity for arcane magic.

Zariel Tiefling – Tieflings from Zariel’s bloodline are empowered with martial strength, and can channel searing flame to punish their enemies.

Why The Craft: Legacy Had A Real Witch On Set