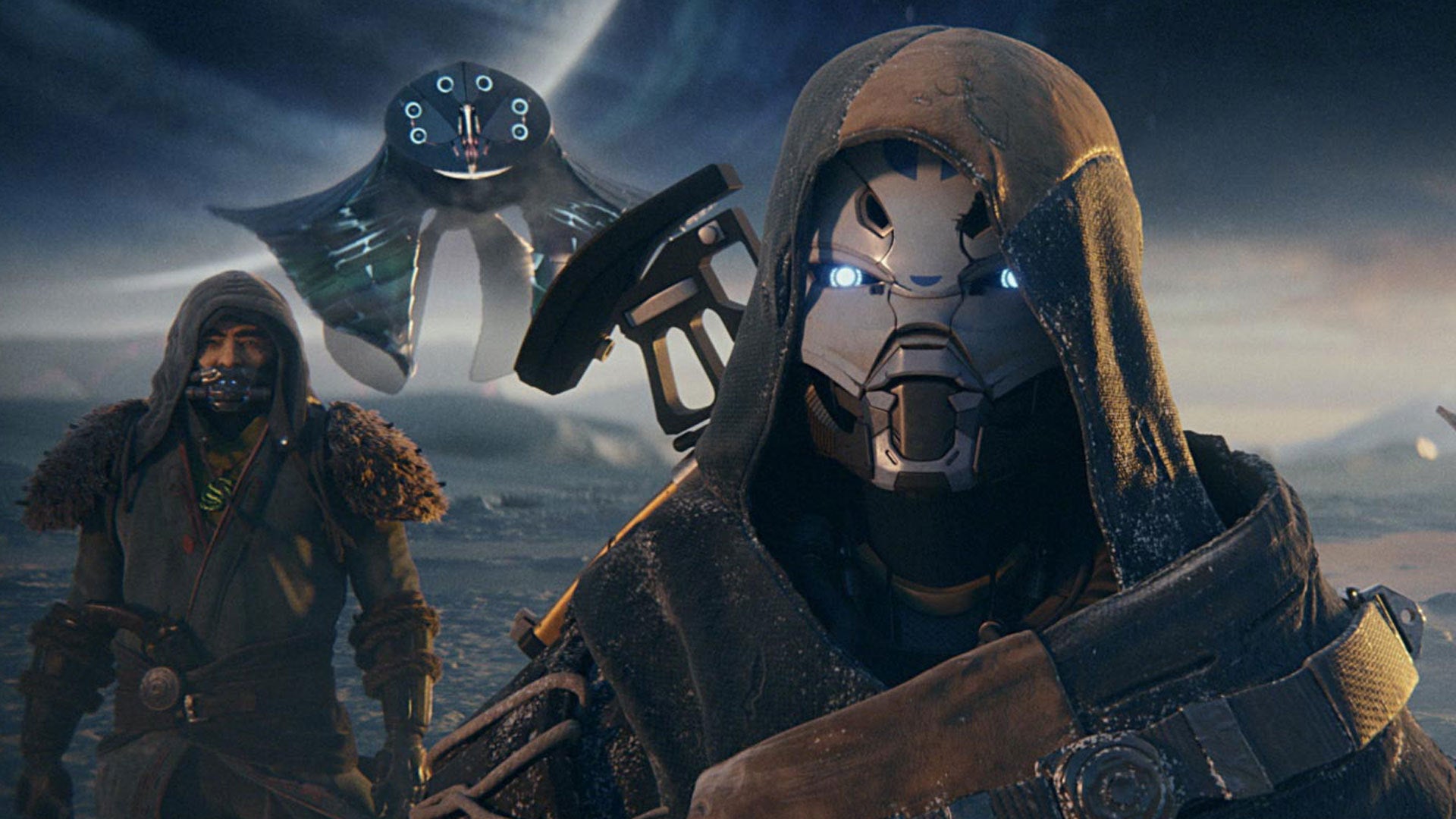 Were it not for Bungie’s split with Activision last year, it feels like Destiny 2’s latest expansion, Beyond Light, might have just been called Destiny 3 instead. As the first installment in a trio of announced expansions, Beyond Light takes some bold steps in a new direction for the series – whether it’s the story’s darker, morally grey tone, the removal of legacy content from Destiny 2’s sandbox, or our formerly-exemplar Guardians giving in and using the corrosive power of The Darkness. In many ways, this is not the same Destiny 2 we’ve been playing for the past three years.

But where Beyond Light deviates from its legacy in some important ways, it also finds itself making some of the same mistakes all over again. With a campaign that’s too short, an endgame that has you grinding the same activities ad nauseum, and a sandbox that seems perpetually imbalanced, my Guardian’s adventures on the snow-covered moon of Europa sometimes had me feeling left out in the cold in a very familiar way.

What’s Included in this review?

Although Destiny 2 is now technically “free-to-play,” most of the new content is gated behind a paywall, including the bulk of the Beyond Light experience. Not included in this review is anything that a player can access for free, like the cosmodrome “New Light” mission geared toward new players, as well as the “Season of the Hunt” content that’s kept behind a separate Season Pass (most of which isn’t even available yet). Instead, this review will focus on the paid content available in the core Beyond Light expansion.

Beyond Light’s campaign begins with a bang, as several planets in our solar system are blinked out of existence by Destiny’s longtime evil: The Darkness. You’re deployed to Europa in search of answers but, strangely enough, the adventure that follows is largely unrelated and frankly you never really find the answers you’re looking for. Instead, you end up going toe-to-toe with a particularly nasty Eliksni named Eramis, who has discovered a way to wield the awesome power of The Darkness in the form of a cosmis ice called Stasis.

This story is one of the strongest in the series, mainly because Eramis is the first Destiny villain I’ve ever empathized with (and even felt a little sorry for). Many of Destiny’s best characters also receive a ton of much-deserved screen time including The Drifter, Variks, Eris Morn, and The Exo Stranger, who we haven’t seen since 2014 and who now takes the spotlight in a major way – and this time she finally has time to explain. Like most Destiny expansions, though, the campaign ends too quickly at around 6 hours long, and it leaves you with plenty of loose threads that aren’t likely to be addressed anytime soon. As a result, the fight with Eramis and her Stasis-wielding army ultimately feels like a side quest in an epic odyssey that will take the next two expansions (and potentially beyond) to play out.

Europa itself is a well-crafted frosty wasteland filled with darkness-wielding Fallen and milk-filled Vex that gives you plenty to grind for, but it offers few surprises. The most unique thing about Europa are the weather effects, which will regularly whip up a snowstorm that whistles in your ears and obscures your vision. During the campaign these snowstorms are really cool, immersive events that make you feel like you’re fighting against the moon itself as much as you are Eramis’ armies. But once the campaign ends and you’re running around Jupiter’s moon doing public events and patrol missions that you’ve already done a thousand times, the frequent whiteouts can get old pretty fast – I’m just trying to collect flecks of dark, my dude.

Aside from the weather, there isn’t a whole lot about Europa that we haven’t seen elsewhere. You’ll do some public events, including plenty you’ve already done on other planets, find a few lost sectors to loot (ones that are among my favorites yet, even if they’re largely brief distractions), and run around completing patrols and looting chests until your thumbs bleed. There’s also a neat new strike called “The Glassway,” which pits you against some more nasty robots and their inappropriate time travel shenanigans. All told, Europa is a nice addition to Destiny’s ecosystem of explorable locales, but very much par for the course with others we’ve seen.

To rise to the challenge of the new threats (and grinds) that await on Europa, your guardian will need to embrace the corrupting force of The Darkness, which unlocks a whole host of powerful Stasis ice powers. With Stasis, you gain devastating abilities to slow and freeze enemies, then shatter them into pieces, which can create chain reactions that lay waste to even daunting adversaries in one of the most thoroughly satisfying experiences in Destiny to date. I really can’t stress enough how much joy it brings me to charge onto the battlefield with some icy space magic and turn an entire army into my personal crystalline statue exhibit, then blow it all up.

As you progress through Beyond Lights’s endgame content, you’ll unlock new abilities, aspects, and fragments – all of which allow you to customize your Stasis abilities to fit your playstyle or tackle specific activities. For example, you can unlock grenades that seek out and freeze your enemies, or equip a mod that gives you super energy when you crack open a frozen baddie. Unlocking new Stasis modifiers is an incredibly attractive incentive to push through Beyond Light’s endgame grind, which, in typical Destiny fashion, has you running strikes, playing competitive multiplayer matches in the Crucible, and unfortunately, hanging out with the Drifter in Gambit.

As someone who enjoys a fair amount of competitive PvP in Destiny, I’d be remiss not to mention that Crucible seems to have been given the (perhaps thematically fitting) coldest of shoulders in Beyond Light, to the point where I wonder if Bungie remembers it even still exists. No new Crucible maps or modes have been added, and the planned changes to the endgame PvP mode, Trials of Osiris, were recently delayed.

What’s worse is Beyond Light’s additions to Destiny 2’s sandbox have an entirely adverse effect on the Crucible. Being able to freeze enemies is awesome on Europa, but once an opposing player does it to you in PvP, locking you in place for long enough for them to kill you five times over, it’s far more frustrating than fun. Even more devastating is that Stasis completely shatters any semblance of balance in PvP, as ice abilities can freeze you even when you’re in the middle of your super, kill you through walls, and generally make the Crucible an unpleasant place to be.

At the time of this publishing, I’m at 1221 Power, have completed just about every mission available in Beyond Light, and am a fair way through the mindless grind to become “raid ready” before the new raid is released on November 21st. Once I’ve gotten my frostbitten fingers onto the new raid, I’ll update my review here with a final score.

For more on Destiny 2, consider tuning in to IGN’s weekly Destiny podcast: Fireteam Chat. New episodes are posted on IGN.com every Friday at 5 PM PST.

Fri Nov 13 , 2020
Google Stadia has quite the news for the week. In addition to Assassin’s Creed Valhalla and Destiny 2: Beyond Light, a couple of other games are launching on the service this week, and they’re starting to roll out Family Sharing for Stadia. Fans of Destiny 2 should note that you […]