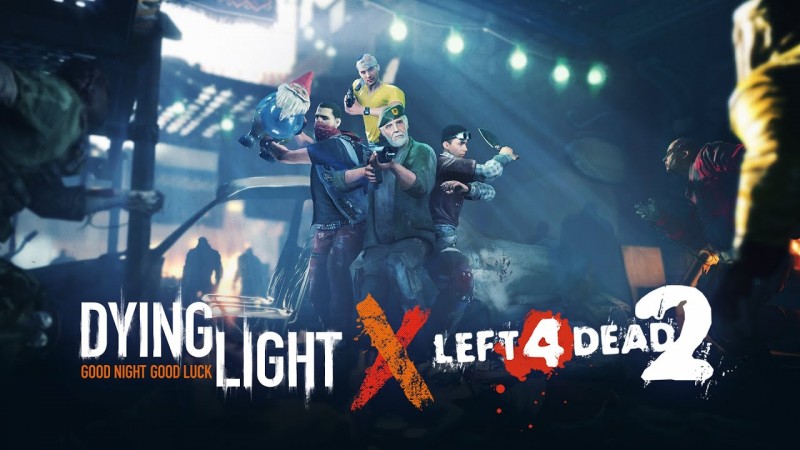 Dying Light is bringing back that Left 4 Dead 2 crossover goodness for Halloween again with Bill and Chompski showing Virals who is boss. The crossover event was met with praise when it debuted last year, which means now is the perfect time for Techland to bring it back.

The Left 4 Dead 2 crossover event in Dying Light is short, it starts today on October 27 and will run until October 29. In this event, players will see a massive increase in Virals as they battle it out through hordes of foes with each wave getting harder and harder as they come.

In the revival of the event, Techland offers a new playable character with William “Bill” Overbeck, a known Valve favorite, alongside the handy dandy Gnome Chompski weapon meant to shred the undead to pieces.

“Face hordes of enraged zombies in this extremely challenging game mode, and try to survive,” says Techland about the game’s returning crossover. “To make it a bit easier, and a lot more fun, you’ll be able to use a new type of shotgun ammo that gives the infected a taste of fire and brimstone. And remember – whenever you get tired of fighting off endless zombie hordes, you can turn the Viral Rush event off in the options menu.”

The crossover event is free and is available for PC players. The DLC including the Valve nods will be available on console, though not the event itself, in a few weeks. An exact console date hasn’t been revealed at this time.

Ready to rip and tear (wrong franchise) in Dying Light with the Left 4 Dead 2 crossover event? Sound off with that undead-killin’ love in the comment section below!