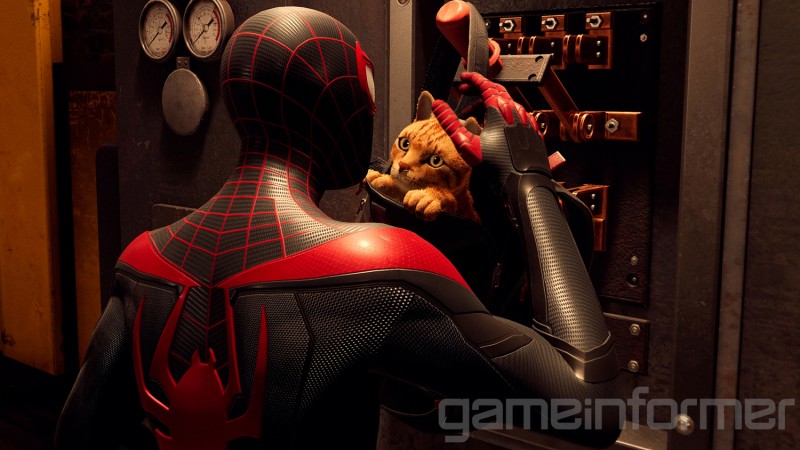 2018’s Spider-Man: Into the Spider-Verse brought a plethora of webslingers into the public eye, and made characters such as Spider-Ham a household name. While Marvel’s Spider-Man: Miles Morales is looking to tell its own story centered around the titular hero, the developers at Insomniac Games aren’t afraid of adding their own addition to the Spider-Man universe.

Introducing Spider-Man (yes, the cat is also named “Spider-Man”), Miles’ new feline friend that helps our hero bash the bad guys with some crazy kitten flare. In this exclusive gameplay clip, we show off how Miles meets his new kitten companion and show off a brief tease on how he’ll assist players in combat. The official name for the suit is the Bodega Cat Suit.

If you enjoyed this video and can’t get enough Marvel’s Spider-Man: Miles Morales coverage, be sure to check out our intro into who Miles Morales is and a look at some of the gorgeous screenshots that were captured on PlayStation 5!