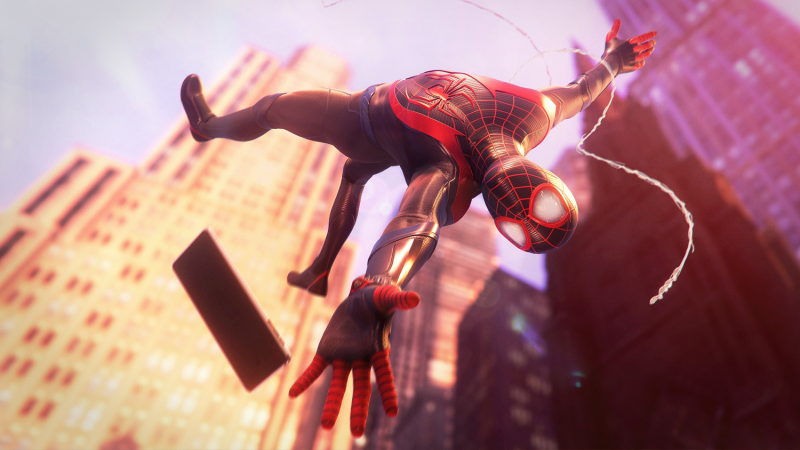 With the imminent release of Marvel’s Spider-Man: Miles Morales, the Game Informer crew sat down with Bill Rosemann, Marvel Games’ Vice President & Head of Creative, to discuss and explore the comic book origins and inspirations behind Insomniac’s upcoming PlayStation exclusive. Specifically, Bill shares how the team found a natural fit by focusing on an older Peter Parker and younger Miles Morales within the same story, talks about the importance of representation within Marvel-based media, and how it all goes back to the genesis of Miles and the intended purpose behind his creation less than a decade ago.

Additionally, the Marvel Games vice president recommends the best comic books to learn more about Miles Morales and his supporting characters, as well as shares one of his favorite moments from The Amazing Spider-Man issue #33 and how it encapsulates the spirit of not only Marvel Comics, but the fast-approaching Spider-Man: Miles Morales video game.

If you enjoyed this look at Marvel’s Spider-Man: Miles Morales, be sure to check out all of our content from this month’s cover story, including a look behind the game’s combat and stealth experience, how Insomniac has crafted fulfilling relationship’s within the game’s narrative, and footage of the friendly neighborhood hero’s new feline friend!

Fri Oct 30 , 2020
Octavia Spencer doesn’t have any bad performances. But what are her best ones? You’re about to find out. Source link