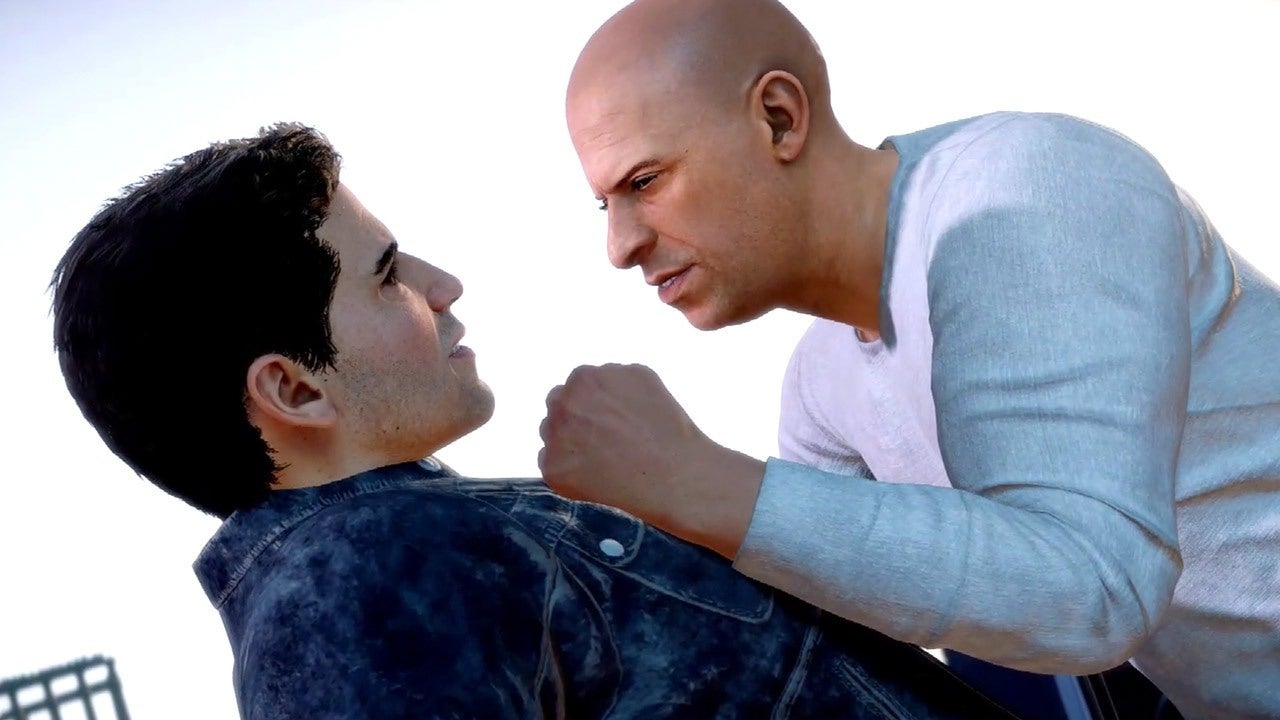 If ever there was a film franchise perfectly positioned for a modern video game adaptation, it’s Fast & Furious. For a medium so regularly adept at putting us in high-speed pursuits and shoving us through sweeping action sequences, it’s almost baffling that in nearly two decades this series has never spawned a truly top-notch, dedicated tie-in (at least beyond 2015’s small but free Fast & Furious-themed spin-off experience for Forza Horizon 2).

Unfortunately, it still hasn’t. Fast & Furious Crossroads is short, shallow, and surprisingly simple, and it’s nothing less than a crashing disappointment in virtually every department.

The Fast & Furious film saga’s rise from low-fi Point Break rehash to six-billion-dollar box office brute is the bane of film snobs, but I love it. A high-octane hodgepodge of spy movie madness and telenovela tropes, these films may be dumber than a box of hair but they have oodles of heart – and I am unironically and unequivocally invested in them. I’ve got all the Blu-rays; I’ve got way more of the Hot Wheels than my wife knows about. I assure you; I am all in.

I’m telling you this because I need you to know I’m not punching down here. In fact, I was nearly punching the air when Crossroads was finally confirmed after years of rumours. A Fast & Furious game from the talented team behind Need for Speed Shift and Project CARS, and Vin Diesel is involved? On paper that’s a supremely promising combo. But somehow all of that promise resulted in this bland and bafflingly basic game that barely lasts four hours – and that’s including the cutscenes. Not that I especially wanted to keep playing longer than that.

Crossroads pits the Fast family against an ancient group of highway robbers who’ve since transitioned to international terrorism: the Tadakhul. That sounds entirely on-brand for a modern Fast & Furious tale and, for the most part, it works well enough. The vehicle selection is strong, with many plucked directly from the films, although the ones with harpoon guns and gaming routers bolted to their roofs can look a little goofy.

Things don’t get off to a particularly promising start, though, and with the opening mission dropping you directly into the action without any introduction, the overly-manufactured VO here between franchise stalwarts Dom and Letty feels like a jury-rigged solution for Kurt Russell’s Mr. Nobody being off the table for a proper intro. It’s like walking into a movie 10 minutes late.

Crossroads quickly pivots to a trio of fresh faces – two ex-Miami street racers and an off-brand Spanish Liam Hemsworth – but despite their efforts, Sonequa Martin-Green and Asia Kate-Dillon’s Vienna and Cam aren’t very compelling characters. Martin-Green’s Vienna is largely written as a slightly crankier Letty and her sliver of backstory is basically left to the campaign’s closing lines of dialogue. Kate-Dillon seems to be having fun chewing the scenery as the non-binary Cam – who fits snugly in the Fast universe, which has been quietly and effortlessly nailing diverse ensembles for nearly 20 years – but they’re not given any particularly funny material. It was a welcome respite when Tyrese Gibson’s Roman finally showed up to inject some mild comic relief into proceedings.

Alas, the game itself is no deeper than the new characters.

The handling is clearly tuned for maximum arcade accessibility and there definitely isn’t a shred of simulator about it; cornering is sticky on the front end but almost entirely disconnected at the rear, and pinballing off walls and obstacles carries little punishment. Ultimately I found it twitchy and unsatisfying, and it’s certainly not assisted by the fact the only view available is a far too closely-cropped chase camera that unhelpfully lurches in and out.

Crossroads may look like a Need for Speed-style experience spiked with a hefty dose of official Fast & Furious features but it’s really nothing of the sort. There are no open worlds to explore and almost no actual racing to speak of. The single-player campaign is rather a scripted series of completely linear segments of action-driving, so to speak. As such, Crossroads has more in common with, say, SpyHunter than any Need for Speed – or, at least, those obligatory car missions in old James Bond shooters.

[poilib element=”quoteBox” parameters=”excerpt=Most%20of%20Crossroads%E2%80%99%20missions%20lack%20spark%20or%20challenge”]That wouldn’t have necessarily been a bad thing, but most of Crossroads’ missions lack spark or challenge. The car-on-car combat initially seems to have a pleasant Burnout taste to it but it quickly becomes entirely one-note. There’s a whiff of Bond to the vehicle gadgets, but I never felt like I was aiming for anything; just clicking through button prompts and quick time events. Combat missions often feature the ability to switch between heroes but it’s generally only something you do when Crossroads instructs you to, and only to go through the motions with the required processes; hack the guns, yank the guns off, rinse, repeat. Avoiding an avalanche or fleeing a collapsing mine may sound thrilling, but here you just mash the throttle and bounce your way to a straightforward escape. Dragging what’s basically a high-tech wrecking ball across the deck of an aircraft carrier looks like a hoot, but the path is so forgiving and the task is so simple I didn’t really feel like I’d achieved anything.

There are a pair of chapters towards the end that are more dynamic and fleshed-out – the quarry mission pumps up the amount of environmental hazards and the last mission pleasingly dials up the scale of the task at hand to proportions even the film franchise might balk at – but then it’s over. There’s really no reason to go back; the missions play the same way every time. Icons for smashables and jumps throughout each mission seem to hint at some kind of Stuntman-inspired scoring system for encouraging cinematic driving that never materialises. Hit the crates or don’t; Crossroads doesn’t seem to care.

Outside of the brief campaign there’s online multiplayer, dubbed Online Ops. These appear to be a nine-player contest between three teams of three – heroes, villains, and cops. However, I can’t say how it works because I can’t start a match; any time I try I appear to be the only person in the world playing it. It’s a problem that so many cars and unlockables are tied to ranking up in Online Ops when I can’t actually play them.