Epic Games previously teased the Ghost Rider Fortnite skin but now it has been fully revealed alongside the news of the Ghost Rider Cup. For those that want this Marvel beauty, you’re going to need to get in touch with your competitive side as the Knockout series continues. 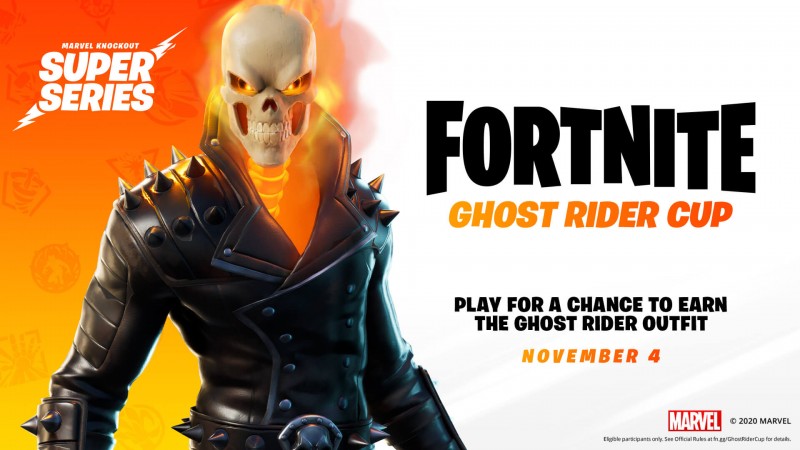 The event will take place within the Marvel Knockout Limited Time Mode (LTM) found in the Compete Tab within the in-game lobby. Here’s what you need to do to make sure you’re in the competition for the latest skin:

The Ghost Rider Cup isn’t the end of the road for the Marvel competition either. Epic Games revealed that there are three more events coming up for this month:

The Marvel spin on the Operation: Knockout setup allows players to harness the powers of their favorite Marvel heroes while competing in a team setting. Compete through brackets to show that you’re the best of the best for a chance to score some serious cash for the final prize.

Each Knockout fight consists of four rounds with powers rotating as each step is completed. It’s a fun spin on the Fortnite battle royale experience, especially for Marvel die-hards that want to rep some of their favorite characters.

Fortnite is now available on PlayStation 4, Xbox One, PC, Nintendo Switch, and mobile devices. You can learn even more about the Epic Games battle royale adventure and its plans for next-gen with our previous coverage right here.