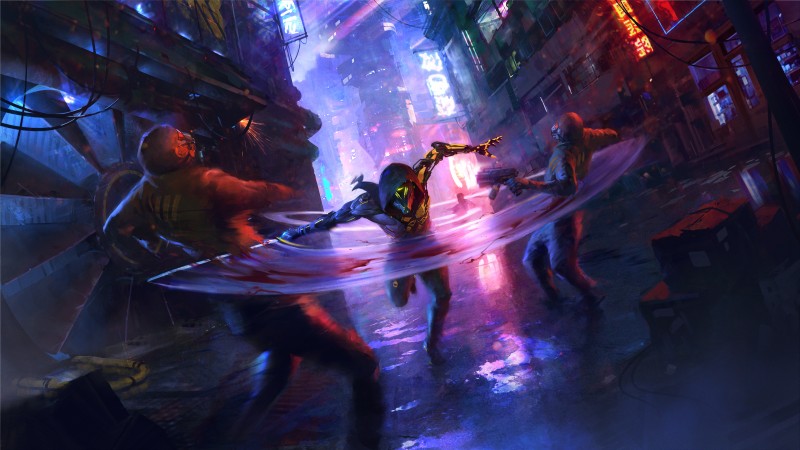 Based on what I’ve seen of reviews and preview builds, I feel like you might have a good time playing Ghostrunner on PC. However, I’ve been playing the game on Xbox One. I can assure you the game I’m playing on console cannot be the same game people are loving on PC. After several hours playing the first-person platformer from One More Level, it’s painfully clear this game was not made with consoles in mind, since my time has been plagued by clumsy controls and imprecise platforming.

Ghostrunner is built around speed and agility. Its opening CG cutscene shows the robot protagonist (aptly named “Ghostrunner”) barreling through a neon-drenched cyberpunk city, chopping bad guys in half, and flying through the air. It’s one of those scenes that plays before a lot of games, seemingly showing the character pulling off stylish feats that players will never actually perform in the game itself. But for the most part, Ghostrunner delivers on its opening cinematic’s promise; from the minute you’re given control, you too are jumping high in the air, dashing around foes, and cutting them into bloody bits. It looks cool. It feels terrible. 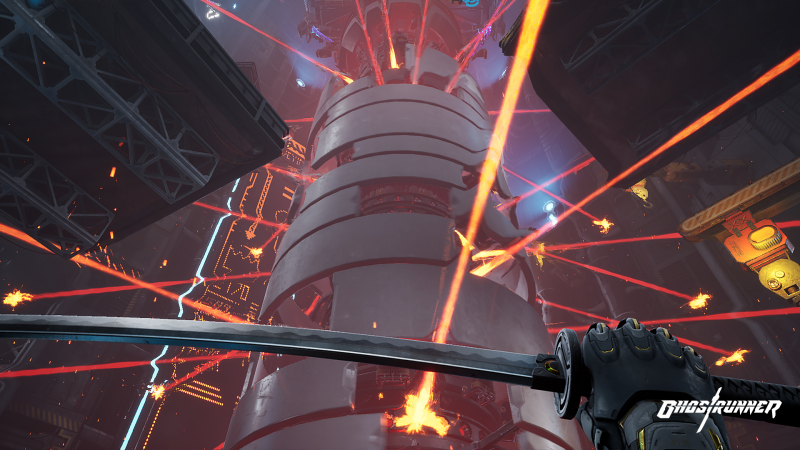 As soon as I started playing Ghostrunner, I knew something was off. Unfortunately for me, I don’t have a gaming PC right now. When I was assigned to take a look at the game, I had no choice but to play on console. Almost immediately, Ghostrunner is asking for pinpoint accuracy in its jumps, wall runs, and attacks. On top of that, having a grasp on everything going on around you requires the ability to quickly spin the camera around you, taking note of what’s next and judging how to handle the next second. Playing on console with a controller simply doesn’t allow for either level of control. No matter what you’ve set your look sensitivity to, you’re never going to have the freedom of movement allowed by the flick of a wrist on a mouse and keyboard. Almost instantly, Ghostrunner on console suffers because of this. The game tries to work around its own deficit with a left bumper to jump control scheme, allowing you to more quickly move the camera with your right thumb than you could if the jump was tied to the A button, but it never feels natural. There are other control schemes to try out (including one with A to jump) but none of them stuck for me either.

Like games such as Celeste and Hotline Miami, death in Ghostrunner is always one hit away. Respawns are instantaneous, never making you wait to be reset at a checkpoint. But still, punishment is quick. And also like in Celeste and Hotline Miami, you will be punished in Ghostrunner. A lot. But I never felt it was earned here the way I did in other super-hard-one-hit-death games. I often died because I’d over- or under-shot a jump, was fighting with the camera, or had not aimed in the exact right position for my hits to land. In these instances, death isn’t punishment for not obeying a game’s harsh-but-fair rules; it’s punishment for trying to engage with the game but not being allowed to.

Exacerbating all these issues is a really unstable framerate. It is all over the place, often dropping below 30fps, and really hindering the flow of gameplay, affecting jumps and movement that require speed and precision. Browsing the game’s Reddit page, it seems this is a common issue for players on console. There are also a lot of graphical complaints, including on PS4 Pro and Xbox One X, though I can’t personally report any on my end. For what it’s worth, the developer has been constantly replying to players on Twitter promising updates and fixes for the game. A patch for PS4 Pro went live yesterday morning. 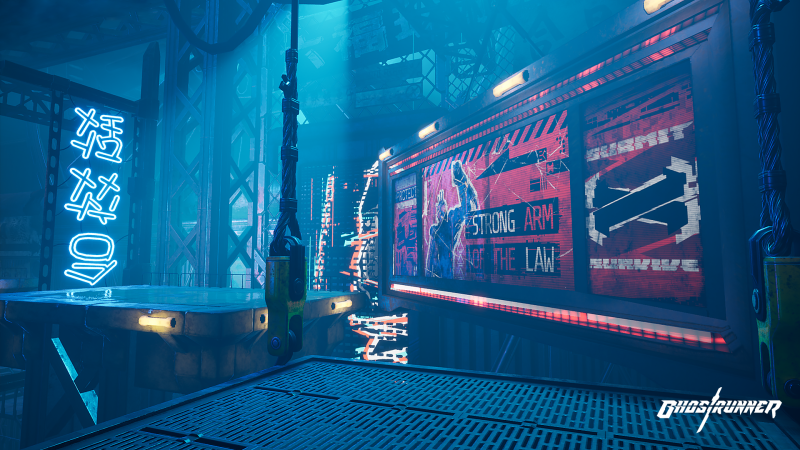 What really disappoints me about my time playing Ghostrunner (and why this isn’t an actual review) is that a lot of these issues might be remedied by simply playing on mouse and keyboard. I definitely have reservations about the game outside of console-specific frustrations – it’s over-written, you’re killed by someone off-screen too much, you’re shot off or over platforms by your own locomotion a lot – but my core complaints all come down to my method of playing the game. I’m a bit of a victim of my own circumstance here considering my lack of a gaming PC, but I can’t in good faith review the game because I don’t believe I’ve played it the way it should be played.

There were moments playing Ghostrunner when it clicked. A solid run through a level where I combined my moves to get around the platforming obstacles, slowed down time to avoid incoming bullets before launching myself into an enemy, slicing them to ribbons, all before grappling myself high up into the air and onto the next level. When it worked, Ghostrunner was a blast. Unfortunately, those moments were few and far between for me. If you can play Ghostrunner on PC, I’d recommend giving it a shot. I’ve heard great things. At the very least, there’s a demo you can try on Steam. But if you can only play on console, sit this one out. It’s really not worth the frustration for a few shining moments.

See How Scream 5 Is Celebrating Halloween