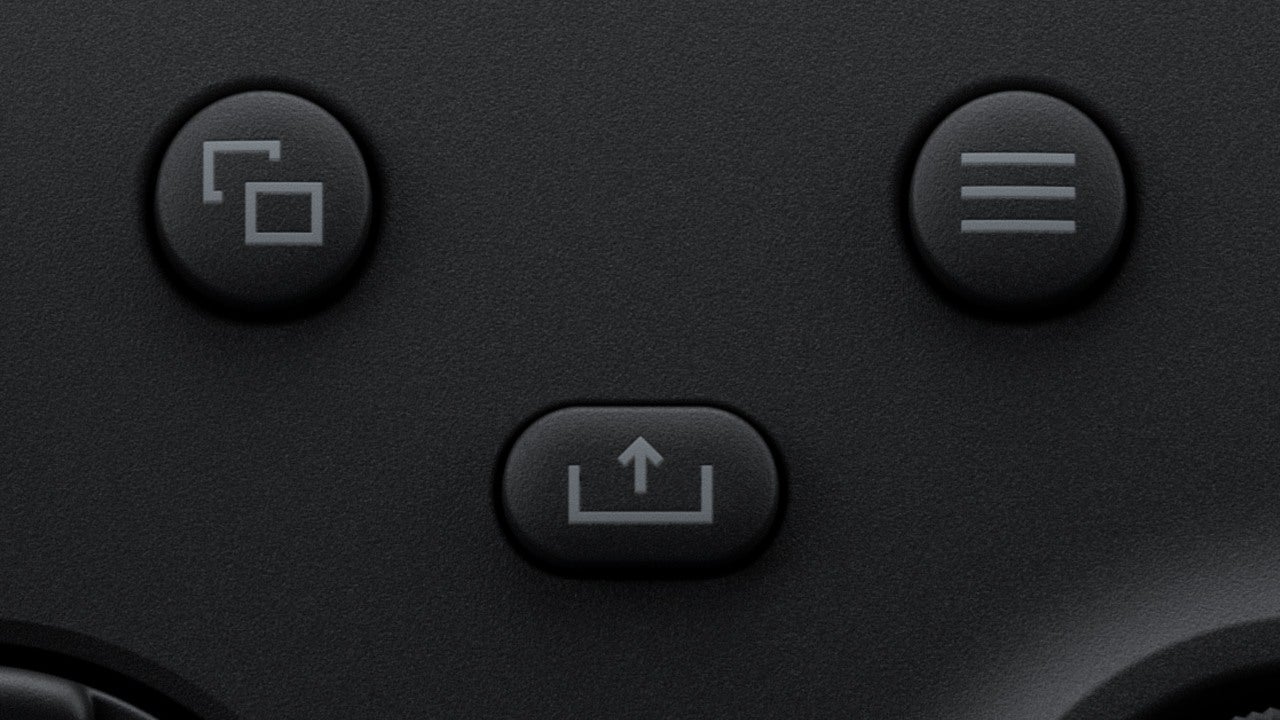 The Xbox Series X and Xbox Series S both have a new, improved controller that features a Share button. This new button, located under the Menu and View buttons, allows you to instantly capture moments of gameplay, without the need to scroll through menus or use any voice commands. Need to know exactly how it works? IGN is here to help.

By default, tapping the Share button once will immediately take a 4K screenshot of whatever is on your screen at that moment. Holding the Share button for a few seconds will record a 1080p video of the last 30 seconds of gameplay, a feature known as ‘Record what happened’. You’ll know when these functions have triggered as an Xbox notification will pop up to tell you that the screenshot/clip has been saved to your library.

You can quickly find your newly saved screenshots and clips by opening the Capture & Share menu. Tap the Xbox Guide button on the controller to open the Guide Menu, and you’ll see a notification indicator over the tab on the right of the window that features the same logo as seen on the Share button. This is the Capture & Share menu, and if you scroll over to it you’ll be able to see your new screenshot/clip in the ‘Recent Captures’ section.

The Capture & Share menu can be used to take screenshots and capture a clip of gameplay, too, if you’d rather not use the Share button. It can also be used to start a recording if you plan on capturing a longer session than the few seconds saved by the ‘Record what happened’ function of the Share button.

Additionally, the Capture Settings menu allows you to reconfigure what the Share button does. If you find you prefer to capture longer sessions, you can re-assign a long press of the Share button to start recording, rather than capture the most recent few seconds. ‘Record what happened’ can also be changed to record either the last 15, 30, 45, or 60 seconds of gameplay. This gameplay can be recorded in 1080p or 720p, but only in SDR.

Once you have a fair few games installed, you might need to keep an eye on how much space you have for captures, however. We now know that Xbox Series S will have 364GB of usable storage space, while Xbox Series X will have 802GB available.

In other Xbox Series news, we’ve also explained how the excellent Quick Resume function will work, even if you unplug the console.

We’ve reviewed both new Xbox consoles today. We awarded Xbox Series X an 8/10 review, calling it “a quiet, compact, laser-targeted games machine that should make 4K/60fps gaming the wonderful new norm, but it currently lacks must-play games.” Series S got a 7/10 review, saying it “could shine as a second console, but it’s hard to recommend as your primary gaming platform due to its 1440p resolution and claustrophobic storage capacity.”

Why A24’s The Green Knight Is Rated R