Electricity surges through Marvel’s Spider-Man: Miles Morales, delivering a powerful charge to the web-slinging action, and a warmth to the family-focused story. Even though this sequel runs at roughly half the length of Peter Parker’s 2018 adventure, it is consistently engaging and powerful, only coming up short in the impact the villains have on the entire experience.

Miles is Peter’s understudy, and while he’s just learning what it means to be a hero, he embraces the opportunity and stands tall on his own. His actions are not as refined as Peter’s, but he spins a more complex web on the battlefield, intertwining fisticuffs and stealth in glorious ways to decimate his foes. Miles is brilliantly brought to life by actor Nadji Jeter, who gives him an innocence that anchors most scenes and makes him a character you can root for. Miles is just getting to know his new home of Harlem, a beautifully realized location with a wide variety of cultures, languages, and festive holiday decorations to soak in. 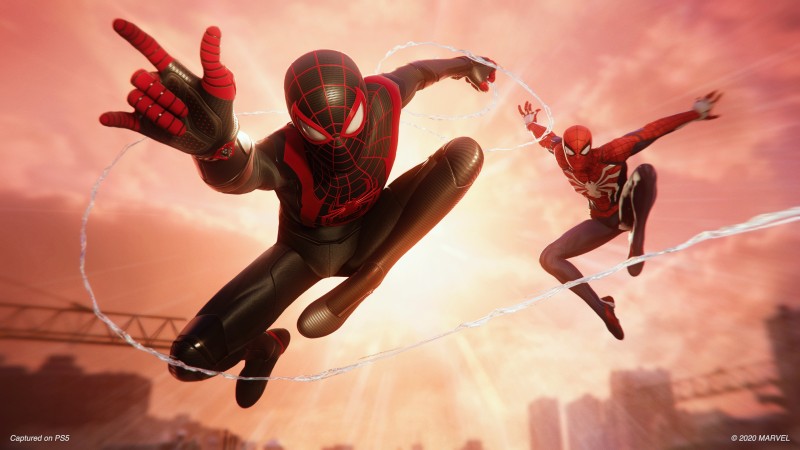 By having Miles’ first days as Spider-Man unfold offscreen through the first game’s DLC, Insomniac sidesteps some of the awkward growing pains of a new hero. From the moment you take control of him, he feels like a skilled Spider-Man; he swings dangerously across crowded city streets, shoots webbing to stop speeding cars, and uses his spider sense to slip through streams of bullets. In these opening moments, Miles’ moveset feels a bit like a carbon copy of Peter’s, but that changes quickly once he gains access to his new powers.

Miles is differentiated from his mentor in two huge ways. The biggest is his ability to camouflage and disappear completely from the sight. This technique not only makes stealth easier and more satisfying, it also creates the opportunity to reset encounters. Enemies can lose sight of Miles and return to their patterns, so you can try picking them off silently again. This reduces some of the difficulty, but camo augments these conflicts nicely, and also makes Miles feel like an entirely different kind of hero than Peter. 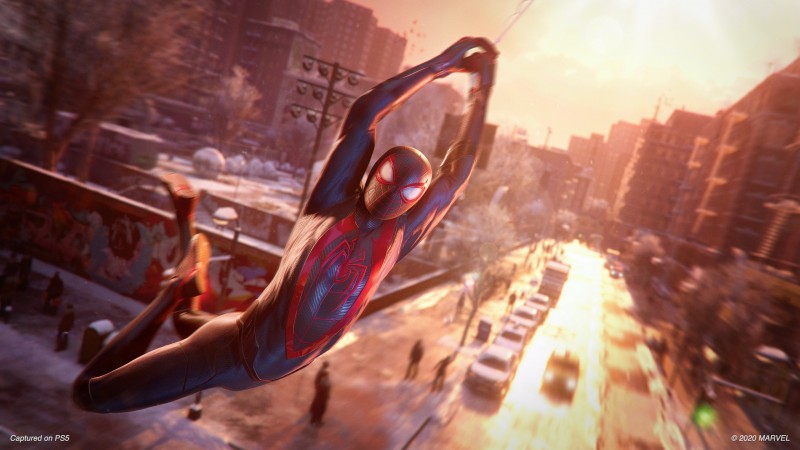 His second unique power is called Venom, which he can use to electrify punches, dashes, and jumps. The Venom maneuvers are incredibly fun to use, and push you to think differently during combat, as you’re always looking to clump enemies together so the Venom’s electrical jolt immobilizes numerous targets at once. Insomniac also zooms the camera in to give these devastating strikes a more satisfying wallop, but this also creates the problem of the player’s vision being more limited, which causes some issues with enemies recognition. The tighter view is not a huge setback, but I felt like I had better visibility and awareness while controlling Peter in the first game.

Additionally, combat scenarios never escalate to the crazy levels that Peter had to deal with. You won’t see any aerial units or truly massive waves of enemies. Most encounters end quickly, yet are always exciting, and are nicely sewn into missions. The open-world activities are better designed this time around, with a strong focus on limiting repetition. You don’t have to engage many crimes at all, and just need to complete the missions and find all collectibles to reach 100-percent completion. Having all nearby activities on the handy phone app designed by Miles’ friend Ganke Lee also helps streamline the process, reducing your need to spend time on the menu screen. You still need to go there for the meaningful skill tree upgrades upon leveling up and to purchase new mods for your suits, but the focus is now more on pure gameplay, which is great.

As you explore the open world, Miles’ bio-electrical abilities also enhance his web-swinging. A burst of Venom sends him higher into the air or into a quick dash, and both add a bit more superhero might to exploration. Using these abilities pushes the player to do aerial tricks to fill their Venom meter, which again makes your time in the air more active and all the more fun.

Everything you do branches beautifully off of the central narrative arc, which focuses intimately on Miles and his family. The slower moments are easily the game’s best, some are even delivered as fun musical montages. Insomniac put a lot of heart and care into these sequences, and they go a long way in making the big reveals and dramatic moments click.

All of the story-focused missions and side activities are nicely designed, and often lead to great set-piece moments (the introductory Rhino battle is jaw-droppingly awesome) and rewarding payoffs along the lines of new suits or additional activities coming online.

I thoroughly enjoyed how Miles’ story unfolds, but it hangs its mask on some clichéd coming-of-age hooks; outside of his personal and familial turmoil, he doesn’t face much of a defined threat. Roxxon is billed as the evil presence, but you won’t see many villains at all – a huge change of pace from the first game. Rhino is the most pronounced, and he’s the first one you see. Some others are teased, but they never materialize into anything other than cameos. Roxxon and The Underground fall a bit flat, but the emotional strings they link to Miles pay off in satisfying ways.

For a second act, Marvel’s Spider-Man: Miles Morales satisfies. Taking to the web-line and soaring across a wintery New York skyline is every bit as enthralling as it was before, and Miles develops into a fantastic hero. This follow-up doesn’t have as much of a sinister punch, but it delivers some great plot twists and concludes with another eye-opening post-credits sequence that teases an exciting future for Insomniac’s Spider-Man series.

No load times. Beautiful raytracing. The PlayStation 5 version of Marvel’s Spider-Man: Miles Morales is a technical juggernaut that continually impresses. It is the ideal way to play the game if you can. Feeling the Venom flow through the controller is quite cool. That’s not to say the PlayStation 4 version is far behind, however. Marvel’s Spider-Man from 2018 remains one of the generation’s best-looking and playing games, and this game’s performance is in lockstep with it. Fast travel and restarts bring up short subway rides and loading screens (they are instant on PS5), and the visuals may not have that next-gen sheen, but the PS4 version is still a beautiful and worthy way to experience this excellent game. 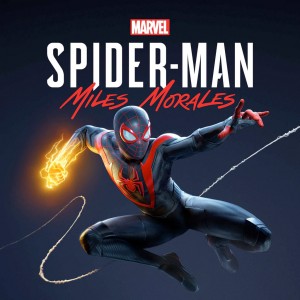 Summary: The new Spider-Man’s adventure is shorter and more focused, but is still an exhilarating blast.

Concept: A worthy follow-up that turns Miles Morales into a different (but equally powerful) Spider-Man

Graphics: The visuals are simply stunning on both PS5 and PS4, with intricate suit details, fluid animations, and a gorgeous New York City behind almost every shot

Sound: Nadji Jeter is fantastic as Miles Morales. All of the voice work is exceptional, as is the orchestral synth-hop soundtrack. Miles’ theme gets stuck in your head

Playability: Like wearing a well-worn Spider suit. It plays as well as the first game with significant enhancements to stealth. Open-world activities are also not as repetitive as the last installment

Entertainment: Not as long as the previous entry, but better streamlined. The Spider-Man action is superb, but the threat Miles faces isn’t as interesting or potent

Sun Nov 8 , 2020
Adam McKay’s 2008 comedy hit Step Brothers has been reimagined with Arnold Schwarzenegger and Sylvester Stallone in a new deepfake video. The original film, which starred Will Ferrell and John C. Reilly, was the second pairing of the popular comedy duo. Step Brothers tells the story of Brennan (Ferrell) and […]