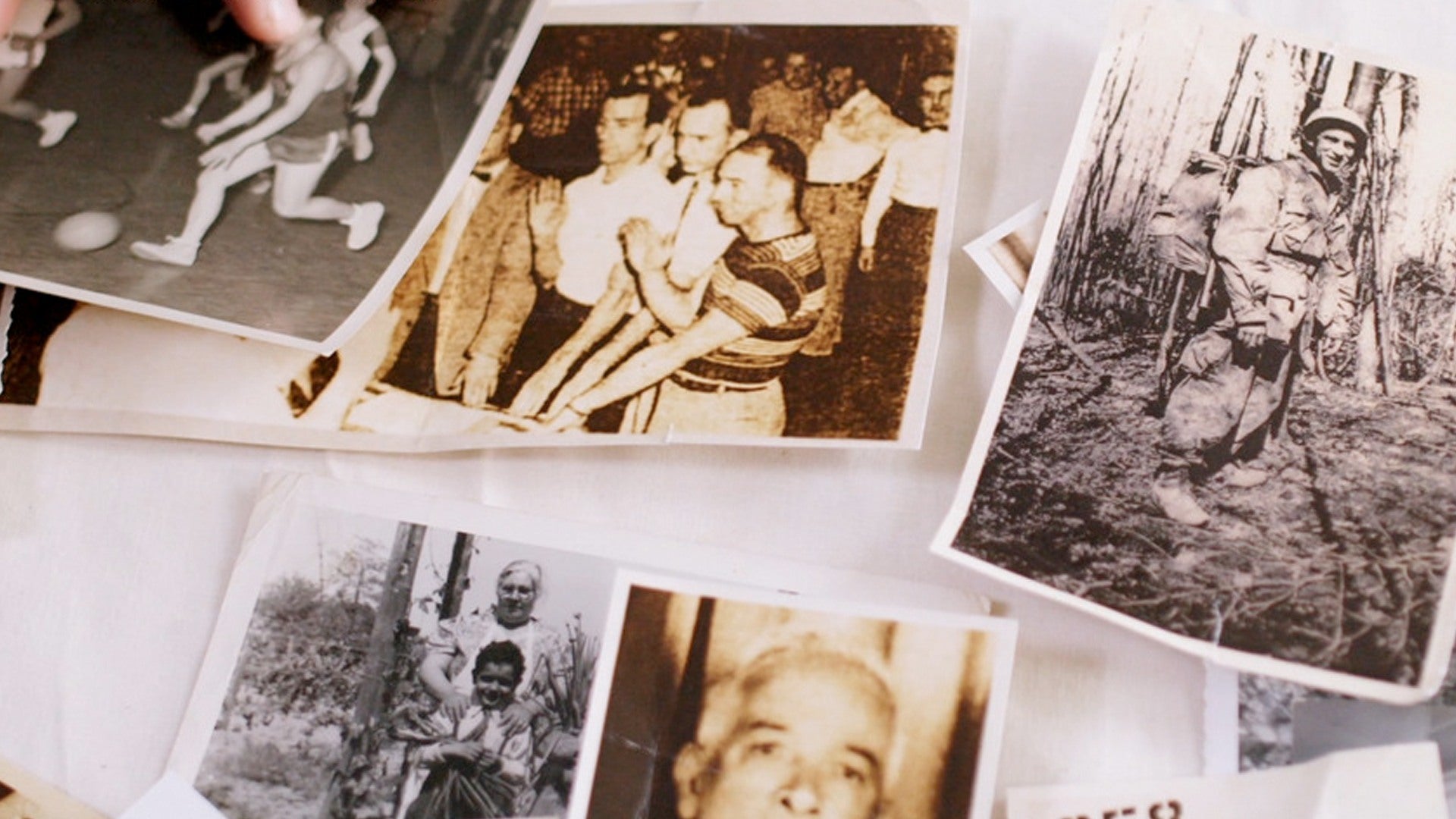 Medal of Honor has never been a simulation, nor a direct retelling of real-life World War II battles. It is a video game, through and through, but it has always tried to provide a reverence for and respect to history and the men that fought in the Second Great War, through the use of a Gallery that provides real-world context for the in-game fiction. Medal of Honor: Above and Beyond, Respawn’s upcoming VR entry in the long-dormant first-person shooter franchise that’s due out on Oculus platforms on December 11, is taking its historical underpinnings to a new level. The Respawn team, led by original Medal of Honor developer Peter Hirschmann and Gallery director Anthony Giacchino, filmed 90 minutes worth of documentary footage with eight surviving WWII veterans. It will unlock in pieces as you progress through the game’s missions. I’ve seen some of the footage – you can and should absolutely watch an exclusive clip from the “Brothers in Arms” vignette at the top of this page as well as the Gallery trailer below – and the results are emotionally powerful, to say the least.

My grandfather was a Pearl Harbor survivor. Hirschmann’s served in WWII as well. Giacchino’s uncle, whom he lived with for four years in college, also fought. Giacchino said that he could hear his uncle calling out marching orders at night while he slept, in what we now understand as a symptom of PTSD. As such, this project is personal to them, and it affected me deeply even while watching just a small snippet of it. “It saddens me that any of the guys we have in [our Gallery videos]…” he began. “It saddens me to think of how many of those stories we’ll never know.”

Giacchino said he was aware of the urgency of this project when they started shooting a few years ago, noting that there were 16 million Americans who served during WWII, and in 2020 there are approximately 300k-350k still alive, but they are dying at a rate of 500 per day. “I think it’s crucial that the people who are playing this game are exposed to these people,” he said. “That’s a selfless, heroic act to sit down and share your story and trust that it will be given the respect it deserves,” Hirschmann said. “That’s what Medal of Honor is all about. It’s about that authenticity, it’s not that jingoistic superheroes fighting. They were all young. They were human beings.”

Though the game and documentary projects are happening independently, Hirschmann went along for most of the shoots, and would report the film team’s progress back to the Respawn development team. But what makes Above and Beyond’s Gallery not just special but historically precious is that Giacchino didn’t just go interview these men. Respawn partnered with the veteran organization Honor Flight to actually bring some of the veterans they interviewed back to Europe, to the site of where they experienced something significant during the war. One veteran went back to the exact spot where his best friend was killed. Another was a glider pilot who crashed at a Normandy farm. And when he returned with the camera crew, a similarly aged Frenchman came out of the house and, completely unbeknownst to everyone involved in the production, it turned out that he witnessed the glider crash, and the two men shared the story from their respective perspectives. Whatever the viewer gets out of it – and if the clip I saw is any indication, you’ll be moved to tears – Hirschmann and Giacchino said those men got something even more significant out of it: closure.

Unfortunately, one Gallery subject has already passed away since the filming. His name was Frank Hawkins. He served on a submarine in the Pacific. He became a stuntman in Hollywood after the war. “He’s like a real-life version of Brad Pitt’s character in Once Upon a Time in Hollywood,” Hirschmann said. “He was tickled to be able to participate in this.” But others live on and have befriended the Respawn team. “David Marshall calls me like every three days,” Giacchino said of one of the Gallery’s eight subjects. “He was inspired to write his memoirs [after our interviews]. I’ve been helping him with a Google doc.” And at all of the historical sites Respawn visited with the veterans, they shot “history happened here” videos, where you can look around in 360 degrees in VR.

The COVID-19 pandemic, sadly, affected Respawn’s plans to celebrate the completion of the Gallery videos with the veterans and their families earlier this year. “The plan was in the Spring we were going to do a big screening with all of them and their families and show everything to all of them,” Giacchino explained. “I hope that we’ll still do that when we’re able.” Hirschmann added, “Deep down they were [participating in this project] for their families. Sons and daughters were hearing stories they’d never heard before.” And yes, the Respawn team did give the families all of the footage, not just the final edit. “It’s been a joy to give those raw sit-down sessions to their families.”

Speaking personally, the power of these veterans’ stories is something that I strongly feel should not be confined to a video game, especially a VR one at that, by the very nature of its platform, probably won’t reach an audience as large as a TV show, movie, or traditional game. Hirschmann acknowledged this, saying, “There will be a time,” referring to the march of technology, “when our game will be hard to play. The Gallery is timeless.” He noted that Giacchino’s Gallery vignettes have gone to some short-film festivals, such as Big Sky, for more mainstream attention. And he noted that the team is sorting through ways that you won’t need a VR headset or a gaming PC to watch it.

“The Gallery will forever be the thing that lives on, a hundred years from now.”

12 Black-Led Christmas Movies And Where To Watch Them