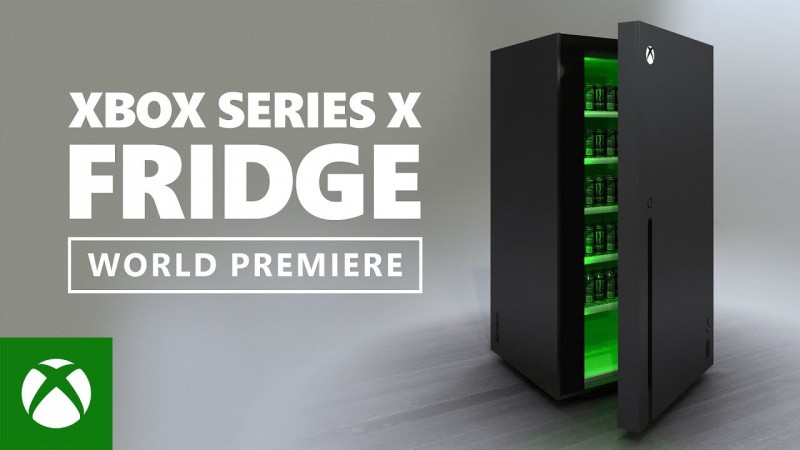 Microsoft said “challenge accepted” when it came to the Xbox Series X memes and how it looks like a fridge. While Microsoft has poked fun at the memes in the past on the company’s TikTok, it is taking that to a whole new level with an actual console replica fridge.

Don’t let those dreams be dreams, kids, because an Xbox Series X fridge could be yours and all it takes is a simple retweet. The Xbox Twitter account posted the rules on how to enter earlier today (October 28) with how to try to snag one of these for yourself:

Follow and retweet with #XSXFridgeSweeps for a chance to win the Xbox Series X Fridge.

We saw our first glimpse at the Xbox fridge when Snoop Dogg himself shared a social media post of one in his possession, and it looks like it’s not just for entertainers; it’s for everyone.

To enter is simple:

That’s it, that’s the giveaway. The Xbox Series X fridge giveaway is live now and will run until November 4. Game, eat, drink, and be merry with a weirdly perfect friend to make those meme fantasies a reality. Or just bragging rights for having something that is oddly specific and honestly? Kind of iconic.

As for the next generation of Xbox, the Series X and S arrive on November 10 with the PlayStation 5 launching soon after on the 12th. Are you excited to try your hand at winning one of these Big Bois? Sound off with your thoughts in the comment section below!

Where You Can Watch True Blood Online (& For Free) | Screen Rant

Sun Nov 1 , 2020
Last Updated: November 1, 2020 Here’s how viewers can stream True Blood online. True Blood premiered in September 2008 and ran for seven seasons before concluding in 2014. The series, created by Alan Ball, was based on The Southern Vampire Mysteries by author Charlaine Harris. True Blood aired during the height of the vampire […]